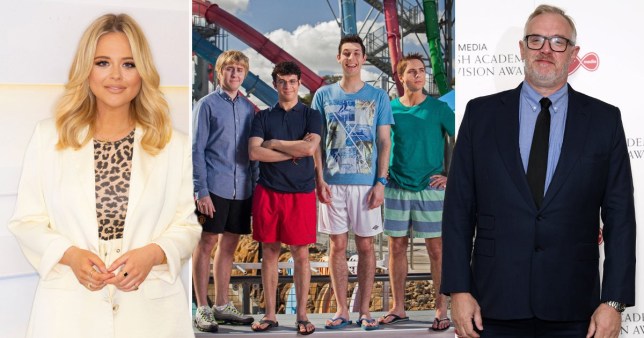 Some of the cast of The Inbetweeners are reuniting (Picture: Rex)

It’s been confirmed that the cast of The Inbetweeners are finally reuniting again, but sadly it’ll be without Emily Atack and Greg Davies.

Don’t worry, it won’t be like Fwends Reunited, the 10-year reunion special that aired in 2019 that was panned by viewers when it aired on New Year’s Day.

Joe Thomas, 37, Simon Bird, 36, Blake Harrison, 35, and James Buckley, 33, will be coming together for Comic Con, which is taking place in Liverpool in November.

The foursome, who played Simon Cooper, Will McKenzie, Neil Sutherland and Jay Cartwright respectively, haven’t reunited since the special aired. Now they’re taking the time to meet with fans and chat about the hit programme.

An insider told The Daily Star: ‘Having the cast reunite for the event is a massive deal.

‘We know a lot of people have often called for them to get back together and reunite for a massive public event, so we are glad we can do that. Fans won’t want to miss it.’ 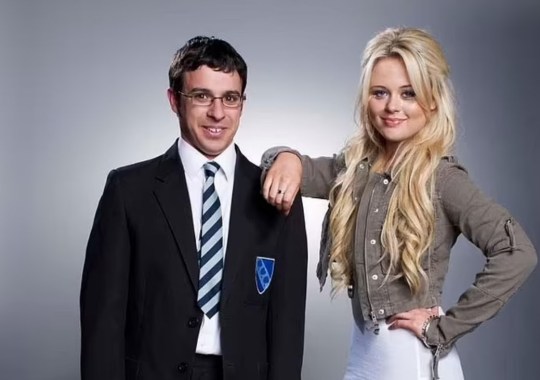 Sadly Greg Davies, who starred as headteacher Mr Gilbert and joined the boys during the first reunion, won’t be joining them at Comic Con.

Neither will Emily Atack, who played Charlotte Hinchcliffe on the show, who was axed from the 2019 show just a day before filming was due to start.

It was previously reported that she was dropped due to her past relationship with co-star James after show bosses found out about the fling, which happened back in 2010.

An insider claimed that James, who played Jay Cartwright, feared his wife would find out about the relationship and told bosses: ‘It’s her or me.’ 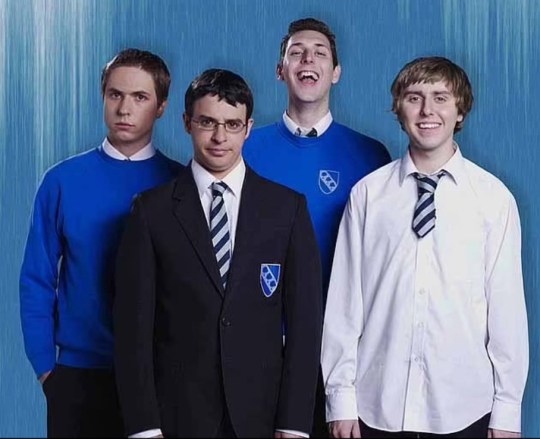 Emily was told she wasn’t needed prior to the 10-year reunion episode, with a source telling The Sun: ‘Emily got a call from producers 24 hours before she was due on set.

‘They were deeply embarrassed and apologetic. They had to explain that James had asked she be taken off the show.’

They added: ‘The kissing meant nothing to Emily and has never been an issue for her. She was very taken aback to be told she wasn’t needed, and genuinely gutted.’

Some viewers of Inbetweeners Fwends Reunited were left disappointed after realising it wasn’t a new round of exploits with Jay, Simon, Neil and Will.

The reunion special saw the show stars come back together for a chat show style ‘best of’ – featuring minor cast members littered in the audience.

Fans were left unimpressed as they believed the comedy was set to be a new episode rather than a chat show.