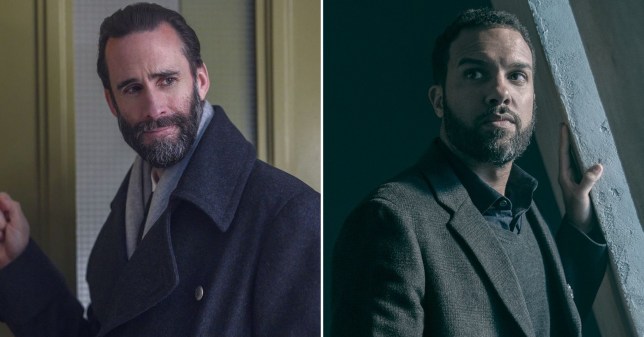 Fred and Luke would have shared a tense interaction in the deleted scene (Picture: Hulu)

Warning: spoilers ahead for The Handmaid’s Tale season 4.

The Handmaid’s Tale star O-T Fagbenle has recalled a deleted scene he shared with Joseph Fiennes in season 4, which would have featured a heated exchange between Luke Bankole and Fred Waterford before June Osborne (Elisabeth Moss) manages to flee Gilead.

In the latest season of the dystopian drama, June has been smuggled out of Chicago by her best friend Moira Strand (Samira Wiley) and is trying to acclimatise to life in Canada, where she is finally reunited with her husband, Luke.

In the years leading up to June’s escape, Luke had been waiting anxiously for word of her and their daughter Hannah (Jordana Blake), who was renamed Agnes and is living with a couple called the MacKenzies.

During a recent conversation with Metro.co.uk, O-T, who is one of the British stars nominated at this year’s Emmy Awards, explained that while filming season four, a scene that he was in which was directed by Elisabeth ended up being cut from the show.

Elisabeth, who is also up for an accolade at the 2021 Emmys, made her directorial debut in the season, directing three of the 10 episodes. 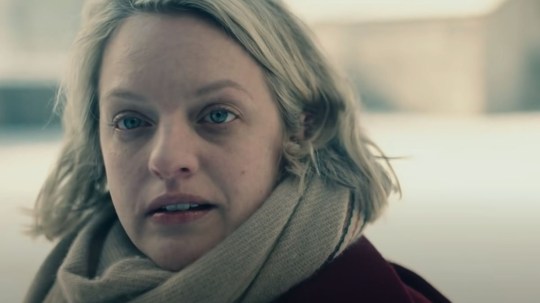 ‘The first scene I was directed by Lizzie was a scene with me and Joe, where I go to him and I ask him to try and intervene and find a way to save June,’ said O-T.

‘We are in a cell together and then he asks me to sit down and pray with him, and it’s almost like we sit down and we start to pray for June’s safety, but then Luke breaks away and tells him to f**k off basically.’

The Black Widow star noted that the exchange was ‘a really great scene’, expressing his hope that ‘they put it in some extra deleted scenes or something because it’s so brilliant’.

‘Joe is so good in it and the writing is good and the directing from Lizzie is so good, and that’s an example of a scene where we played with a lot,’ he said, describing his co-star and director Elisabeth as ‘extraordinary’.

The reason why the scene was axed, O-T said, was because the episode had a run time of approximately 80 minutes, ‘so they had to cut some scenes in it to have it fit’.

Luke and June are desperate to rescue their daughter, Hannah (Picture: Hulu)

Having starred in The Handmaid’s Tale since it premiered four years ago, the actor said that he finds the ‘culture’ of the show ‘very collaborative’.

One of the ways in which he is given freedom to explore his character is by making tweaks to his dialogue, which he often ‘tries to cut’ to shorten the sentences or replaces with ‘a look’ instead, he said.

‘We figure out what is the most truthful, interesting, exposing version of each scene,’ he added.

O-T recently wrapped filming on The First Lady, which he will star in as President Barack Obama opposite Viola Davis as Michelle Obama. 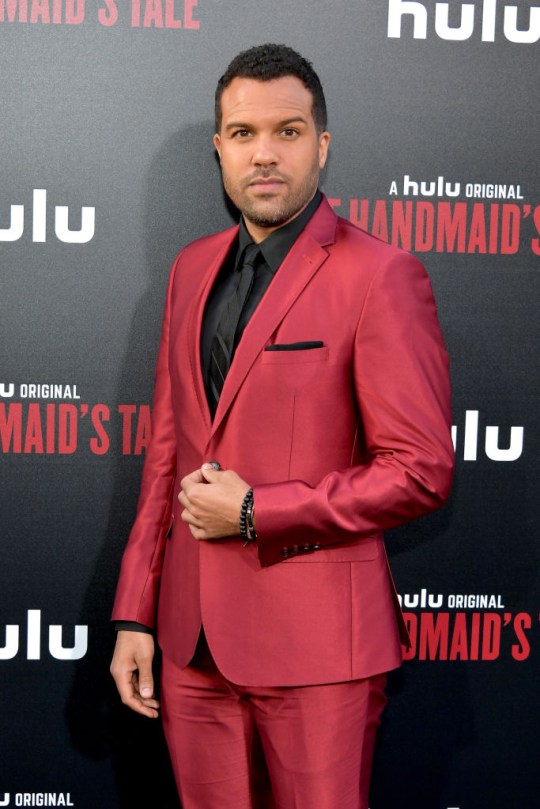 O-T is yet to speak to Barack Obama about playing him on screen (Picture: Neilson Barnard/Getty Images)

In season four of The Handmaid’s Tale, Fred Waterford and Serena Joy Waterford (Yvonne Strahovski) are in governmental custody in Canada.

While Serena was desperate to be reunited with Nichole, June’s baby with Nick Blaine (Max Minghella) who she saw as her own daughter, since being detained in Canada, she has discovered that she is pregnant.

Luke has been taking care of Nichole since she was brought to Canada by former handmaid Emily Malek (Alexis Bledel), who has reunited with her wife and son.

While June is safely out of Gilead, both she and Luke are on a mission to rescue their daughter Hannah from the dictatorial society where she is currently trapped.

The Handmaid’s Tale returns tonight at 9pm on Channel 4 and is available to watch on All 4.