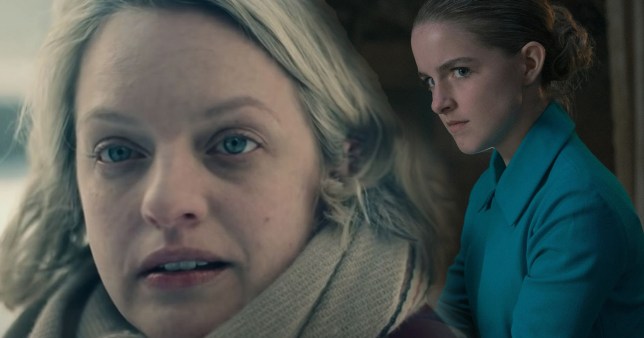 Esther hasn’t been seen since the handmaids headed to the safe house (Picture: Hulu)

Warning: spoilers ahead for The Handmaid’s Tale season 4 episode 9.

The latest episode of The Handmaid’s Tale saw a pivotal character make a shock return, while June Osborne (Elisabeth Moss) suffered a devastating betrayal that left her seething with rage.

In season 4 episode 9 of The Handmaid’s Tale, Esther Keyes (McKenna Grace), a teenager who was made a wife to a commander, finally returns, having not been seen for several episodes.

While viewers may be pleased to learn that she is alive, Esther is now in a dire predicament, which she may never escape.

Over in Canada, June and her husband Luke Bankole (O-T Fagbenle) are on a mission to find and save their daughter Hannah (Jordana Blake) from Gilead, resulting in them reaching out to some trusted insiders for help.

However, June’s hope for revenge suffers a setback when she experiences an unconscionable betrayal relating to her former captor Fred Waterford (Joseph Fiennes).

Esther’s fate revealed as she’s made a handmaid

Earlier on in the season when the handmaids were captured at the safehouse in Gilead, it was unknown what became of Esther, who wished to leave her husband and join them on their journey after letting them stay in her home. 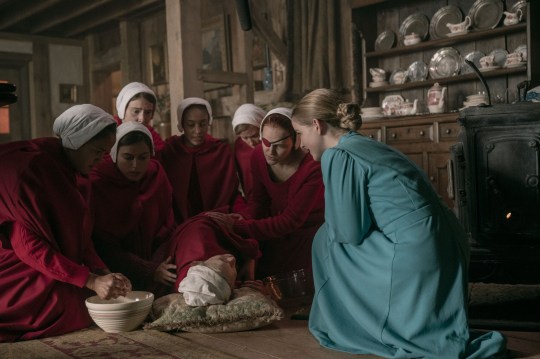 Esther helped the handmaids save June’s life when they first arrived at her house (Picture: Hulu)

In episode nine, it’s finally revealed that not only is Esther still in Gilead, but she’s now been made a handmaid.

Having been placed under the care of the draconian Aunt Lydia (Ann Dowd), Esther puts up a fight, going on a hunger strike and refusing to follow their rules.

However, Janine (Madeline Brewer) manages to convince her to do as they say… undoubtedly sparking hope among viewers that Janine and Esther could someday lead a rebellion against Gilead from the inside.

Since her arrival in Canada, June has been working with her husband Luke to try and find a way to learn more about their daughter Hannah’s whereabouts in Gilead.

Despite June reuniting with her husband Luke, her connection with Nick is still undeniable (Picture: Hulu)

After trying to convince Commander Lawrence (Bradley Whitford) to help them to no avail, June sets up a meeting with Nick Blaine (Max Minghella), taking their baby Nichole with her.

While Luke isn’t pleased about the idea of June and Nick meeting, knowing how strongly Nick feels about his wife, he understands that it could be their best chance of rescuing Hannah.

After sharing an emotional embrace, Nick hands files to June concerning Hannah, including some recent photos and her daughter’s current location in Colorado.

Could this new information prompt June and Luke to embark on a rescue mission in Gilead?

While in governmental custody in Canada, Fred and Serena Joy Waterford (Yvonne Strahovski) are visited by their peers Commander Warren Putnam (Stephen Kunken) and Naomi Putnam (Ever Carradine). 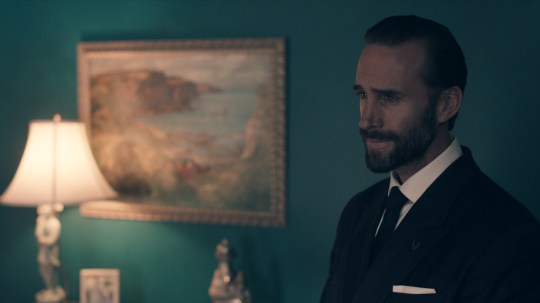 Fred manages to negotiate a release, despite the horror he has inflicted (Picture: Hulu)

Naomi tells Serena that she would be willing to look after her and Fred’s baby if she were unable to take care of the newborn herself.

Commander Putnam, meanwhile, tells Fred that Gilead is not willing to negotiate a release for the Waterfords from Canada.

Nonetheless, at the end of the episode, US government representative Mark Tuello (Sam Jaeger) informs June that a deal has been struck allowing Fred to go free in exchange for information about the inner workings of Gilead.

June is overcome with fury at this news, as despite everything she has revealed about the way the Waterfords treated her and others in Gilead, their freedom is still on the table.

The Handmaid’s Tale returns next Sunday at 9pm on Channel 4 and is available to watch on All 4.