Sir David had a painful encounter with a cactus during filming (Picture: PA)

Sir David Attenborough endured a rather nasty experience while on the set of his new documentary The Green Planet as he was stabbed by a cactus with needles like glass.

The Green Planet sees the 95-year-old broadcaster and naturalist exploring the globe, from the US to Costa Rica and across Europe to different terrains including deserts, water worlds, tropical forests, and the frozen north.

The new series from the BBC’s Natural History Unit uses ground-breaking filming techniques to show viewers the intricate lives of plants and the ecosystems that flourish around them – and the ways in which they are just as aggressive as animals.

While filming the upcoming three-part series, Sir David was in California studying the cholla cactus, a rare plant he described as being an ‘active aggressor’ coated in ‘spicules of glass.’

Executive producer Michael Gunton, armed the national treasure with thick gloves before Sir David put his hand inside the cactus, but they failed to do the trick as they still managed to pierce his hand.

Sir David said: ‘The cholla really is a physical danger. It has these very dense spines in rosettes, so they point in all directions.

‘And if you just brush against it, the spines are like spicules of glass, I mean they are that sharp and they go into you and you really have trouble getting them out. 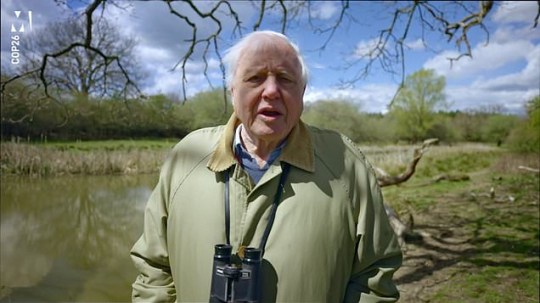 ‘So that is a really dangerous plant. The cholla is an active aggressor. I mean, you feel you better stand back and you better watch out.”

‘One of the joys of going on location is thinking up horrible things to get David to do,’ Gunton added.

‘So what we did, because it was so dangerous, was we got a Kevlar under-glove, and then on top of that, a welding glove.

‘So you can imagine that’s about as good protection as you could possibly get.

‘David bravely put his hand inside this cholla cactus, as requested. And halfway through it, these spikes still managed to get through those two bits of protection.’ 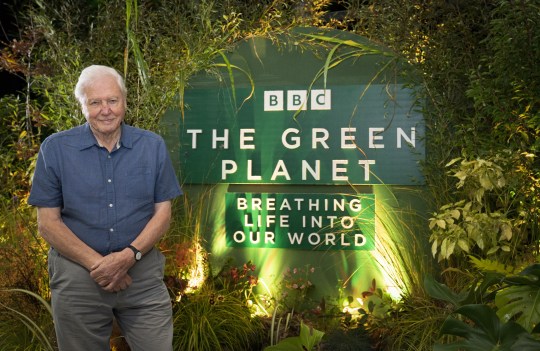 Sir David Attenborough at premiere of Green Planet at the Glasgow IMAX cinema in the Green Zone at COP26 in Glasgow in October (Picture: PA)

The documentary series, which comes 26 years after The Private Life Of Plants aired on BBC One, aims to show ‘how science and technologies have advanced, and how our understanding of the ways in which plants behave and interact has evolved,’ according to the BBC.

Filming for The Green Planet was paused in March 2020 due to the Covid-19 pandemic.

In November, the series had its global premiere in Glasgow in conjunction with the Cop26 summit on tackling climate change.

The Green Planet: Breathing Life into Our World starts on Sunday, January 9 at 7pm on BBC One.