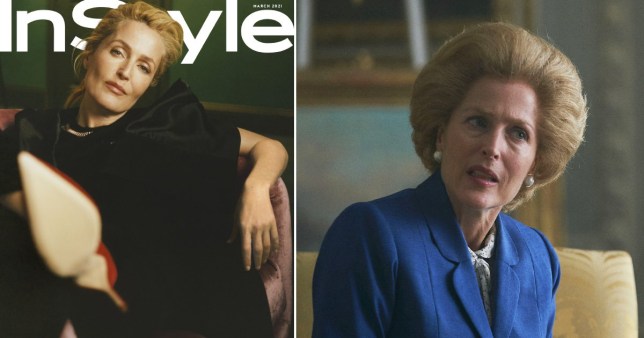 Gillian is the latest star to defend The Crown (Picture: Charlotte Hadden/Together Associates/Netflix)

The Crown’s Gillian Anderson has weighed in on the accuracy row surrounding the Netflix series’ depiction of The Royal Family.

Culture secretary Oliver Dowden sparked debate among viewers of the series for publicly stating that the show should come with a disclaimer, warning that events are a ‘work of fiction, not fact.’

However, Netflix has refused the call, saying they felt ‘no need’ that the show, based around historical events, should come with a warning.

Now Gillian – who played Margaret Thatcher in the latest series – has followed suit, and dismissed the outrage as ‘drama for the sake of drama’.

Speaking to InStyle magazine, Gillian said: ‘It’s so obvious that we’re doing a TV show and that these are characters based on real-life people.

‘To me, it just felt like drama for the sake of drama. But I get that there are a lot of people invested.’ 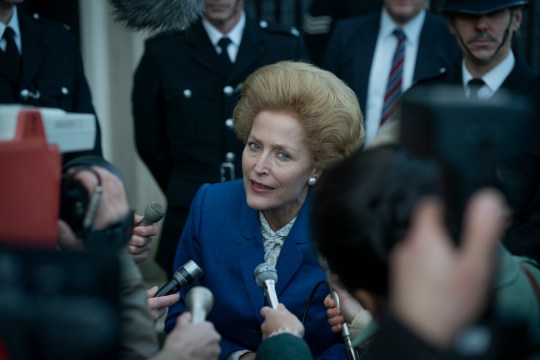 Gillian has earned a Golden Globe nomination for her role as the Iron Lady (Picture: Netflix)

‘There’s a lot of stuff that could have been written about — but was not — that is so much worse than what ended up in the show,’ she continued.

‘There has been kindness extended in certain areas where it didn’t have to be.’

Her sentiment was echoed by other castmembers including Josh O’Connor, who played Prince Charles over seasons three and four. 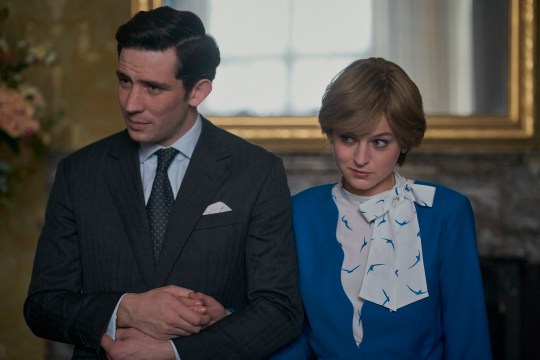 Gillian says ‘there are worse things’ the show could have chosen to depict (Picture: Netflix)

Speaking to the LA Times, Josh explained: ‘My personal view is that audiences understand.

‘You have to show them the respect and understand that they’re intelligent enough to see it for what it is, which is pure fiction.’

This week, Gillian was nominated for a Golden Globe for playing Thatcher, who became known as the Iron Lady.

Season five of the show is currently in pre-production, with the entire cast being changed as a time jump occurs.

It’s believed that the role of Thatcher will not make an appearance as the season four finale saw the character leave her position as Prime Minister in 1990.

The full interview is available in InStyle magazine, available February 12.

The Crown is available now on Netflix.