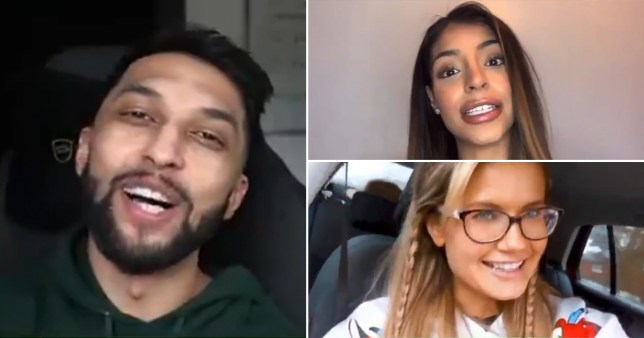 The stars of The Circle have an important message to share (Picture :@C4TheCircle/Twitter)

The stars of The Circle have teamed up to launch a new campaign challenging online abuse after receiving hateful comments and death threats on social media.

On Friday April 9, Natalya Platonova, aka action man ‘Felix’, was crowned the winner of Channel 4 reality series The Circle, taking home a whopping £100,000 after successfully managing to win over her fellow competitors.

Manrika Khaira, who had formed a Circle relationship with ‘Felix’, was the runner-up, with Andy Smith landing in third place and Hashu Mohammed, known on the show as ‘Uncle Syed’, finishing fourth.

While numerous viewers found The Circle thoroughly entertaining, captivated with every twist and turn the competition took, the contestants have had to cope with an overwhelming amount of attention, in addition to abusive remarks online.

During a recent conversation with Metro.co.uk, Manrika revealed that she asked Channel 4 to stop posting footage of her on social media due to the backlash she was experiencing, stating in another interview that at one point, she couldn’t get out of bed for three days while she ignored her phone.

In a new video posted by on social media by The Circle to launch the #ThinkB4UPost campaign, the stars of the 2021 series implore members of the public to be kind, emphasising that ‘everyone, no matter what level of exposure, has feelings’. 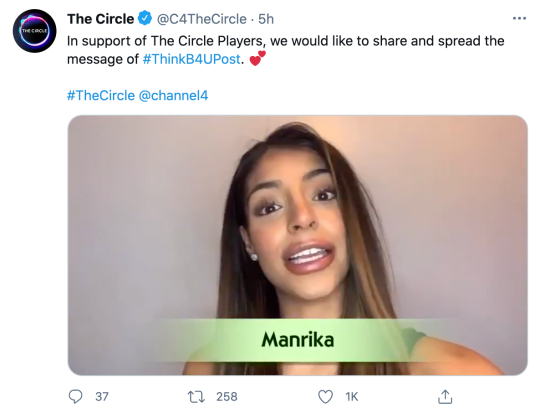 Manrika speaks in the campaign video shared by The Circle (Picture: Twitter/@C4TheCircle)

In the video, Manrika states: ‘We wanted to reach out and remind you that social media’s a big place.’

‘We all have views and opinions when watching people on TV,’ Vithun Illankovan says, before Joey Alabi adds: ‘But remember to always be kind and considerate in your communication.’

‘It’s just as easy to be kind as it is to be hateful,’ Andy stresses.

Shabaz Ali then says: ‘Each and every single one of us has received some form of online abuse or hate which is part of the experience that’s not been great for us.’ 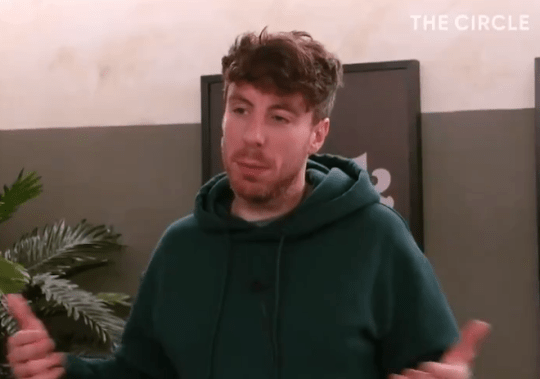 ‘It’s just as easy to be kind as it is to be hateful,’ Andy says (Picture: Channel 4)

Yolanda Thomas affirms that ‘nobody should be abused online’, with Billy Dawson adding that that no one should have to endure ‘death threats or have to read personal insults about themselves or their family’.

Expressing the hope that the campaign will have a long-lasting effect, Vithun says: ‘We are sharing this message not just for us and our experiences,’ with Pippa Walker completing the sentence by stating: ‘But for the future of television and everyone who has to experience online hate.’

The end of the video features several examples of the abhorrent comments The Circle 2021 stars have faced since the series premiered.

A number of Twitter users commended The Circle stars for spreading an important message about being responsible and kind on social media.

‘Imagine giving hate and watch this video and seen that one of your posts was on there!! Disgusting behaviour. Loved all of you, all made me laugh so much, can’t wait for next season,’ one person wrote.

‘#ThinkB4UPost we all have opinions, but if you wouldn’t want it said that way to you or one of your loved ones, don’t say it! Choose to #BeKind, the world’s tough enough these days,’ someone else remarked.

The Circle is available to watch on All 4.