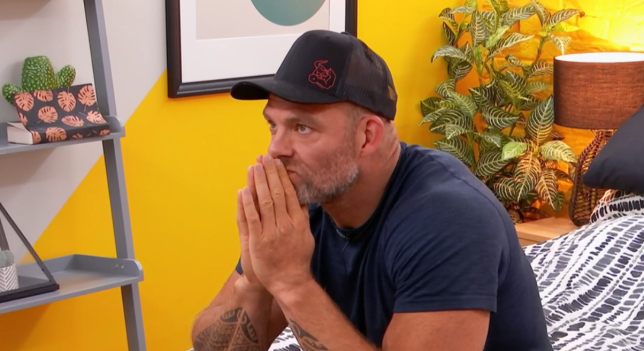 James resorted to desperate measures after being given a secret message (Picture: Channel 4)

The Circle took a dramatic turn on Monday night as former Gladiators star James desperately tried to save himself after he made the other players turn against him.

On Monday night’s episode the players were asked questions to get them to open up about themselves to win prizes.

When the players were asked ‘Who do you admire?’ contestants giving touching, personal answers.

‘Gemma’ killed the vibe by giving a jokey answer that went down like a lead balloon with everyone else.

The other players weren’t happy with the response and froze ‘Gemma’ out, leaving her the last player standing as everyone chose each other to enjoy their prize with.

‘Gemma’ or rather James was then given a punishment by host Emma Willis, who revealed via a video message that James would become an ‘assassin’ and single someone out to try and get them blocked from the Circle.

If he succeeded he would get to stay, but if not then James/Gemma would be blocked and therefore be sent home.

James had to decide which player he could get blocked the easiest, eventually settling on Billy.

He then desperately tried to get Andy (playing as himself) and Hashu (playing as his uncle Syed) on side by trying to convince them that Billy is a catfish being played by his mum. 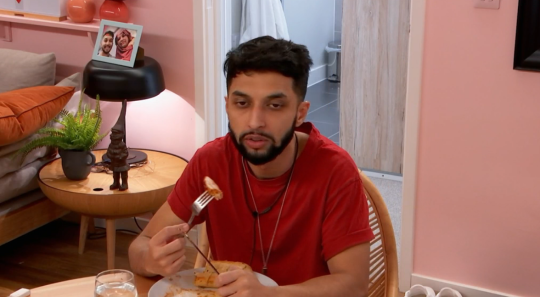 James fabricated a conversation between ‘Gemma’ and Billy claiming that Billy had ran off when ‘Gemma’ tried to find out more about him.

Andy and Hashu were shocked by the revelation but didn’t seem entirely convinced…has James got them on side?

Elsewhere in the episode, things were heating up between Manrika and paratrooper ‘Felix’, with the pair sharing flirty messages as he offered to make her ‘breakfast in bed’. 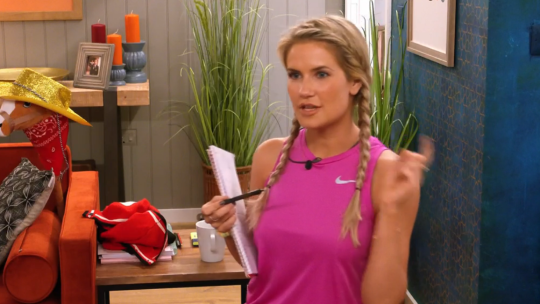 Natalya, has ‘Felix’ kept up the flirting with Manrika (Picture: Channel 4)

Of course Manrika has absolutely no idea that ‘Felix’ is in fact a woman called Natalya, a military police officer.