The former MP was on the ITV quiz show alongside Jimmy Carr and TV presenting duo Sam & Mark.

Ann Widdecombe branded Bradley Walsh an ‘idiot’ on The Chase 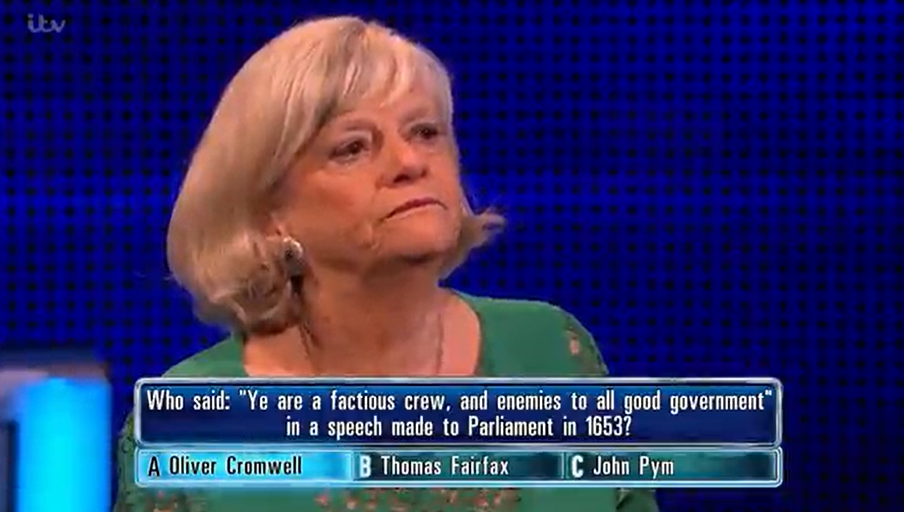 Ann was adamant she had the right answer

Ann, 74, was first up to take on Jenny ‘The Vixen’ Ryan and at one point was so sure of her answer she kept saying it before Bradley, 61, could reveal if she was correct.

The question read: “Who said ‘Ye are a factious crew, and enemies to all good government’ in a speech made to Parliament in 1653?”

The answer options were ‘A. Oliver Cromwell, B. Thomas Fairfax or C. John Pym.’

Ann chose ‘A’ and Bradley asked: “Why did you put that Ann?” and she replied: “Because, in 1653, Oliver Cromwell was in the Protectorate and got very fed up with the rump parliament.” 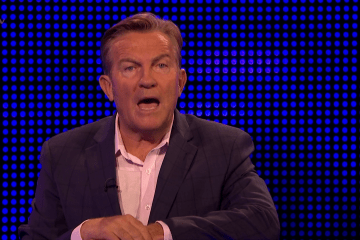 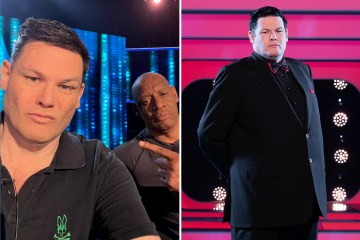 Bradley screwed his face up and scratched the side of his head before saying: “Correct answer is” but Ann chipped in “Oliver Cromwell” before it flashed on the screen.

Bradley said: “Alright love leave it” causing the audience to laugh and then said: “Chaser put”.

Ann said it was “too obvious” but Bradley argued: “Not for people sitting at home, people at home…”

But Bradley was interrupted by Ann who said sternly: “They’re all shouting ‘Cromwell’ you idiot!”

As the audience laughed, Bradley gave the camera a look before revealing The Vixen’s answer.

Jenny joked: “This is a very accurate Anne Hegerty tribute act you’ve got!” 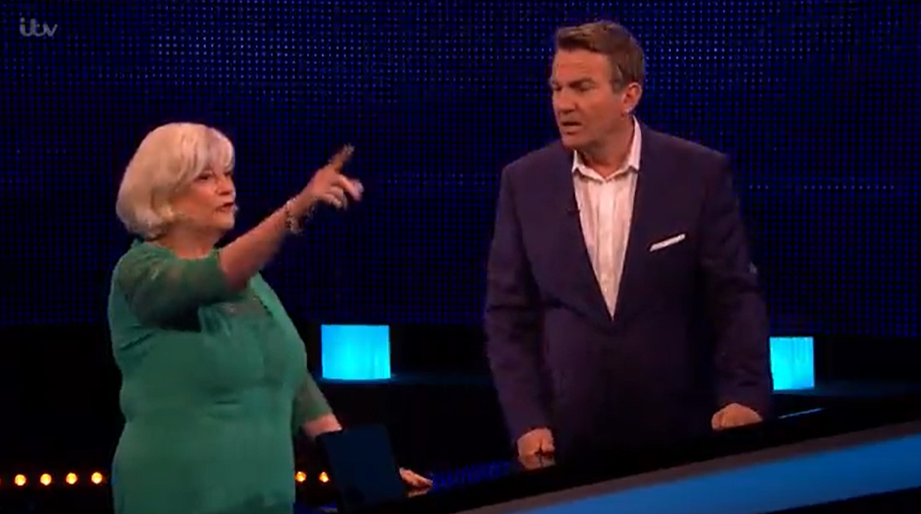 Ann kept interrupting Bradley as he tried to give the answer

The Chase airs on ITV and is available on ITV Hub.

I experimented with a new nail salon but it was brutal, now I’ve got goblin hands and my friends can’t stop laughing