TWO of The Cabins’ new arrivals previously starred in The Bachelor and Blind Date.

Clinton, 24, may look familiar to viewers because he was a contestant on Paul O’Grady’s Blind Date back in 2018. 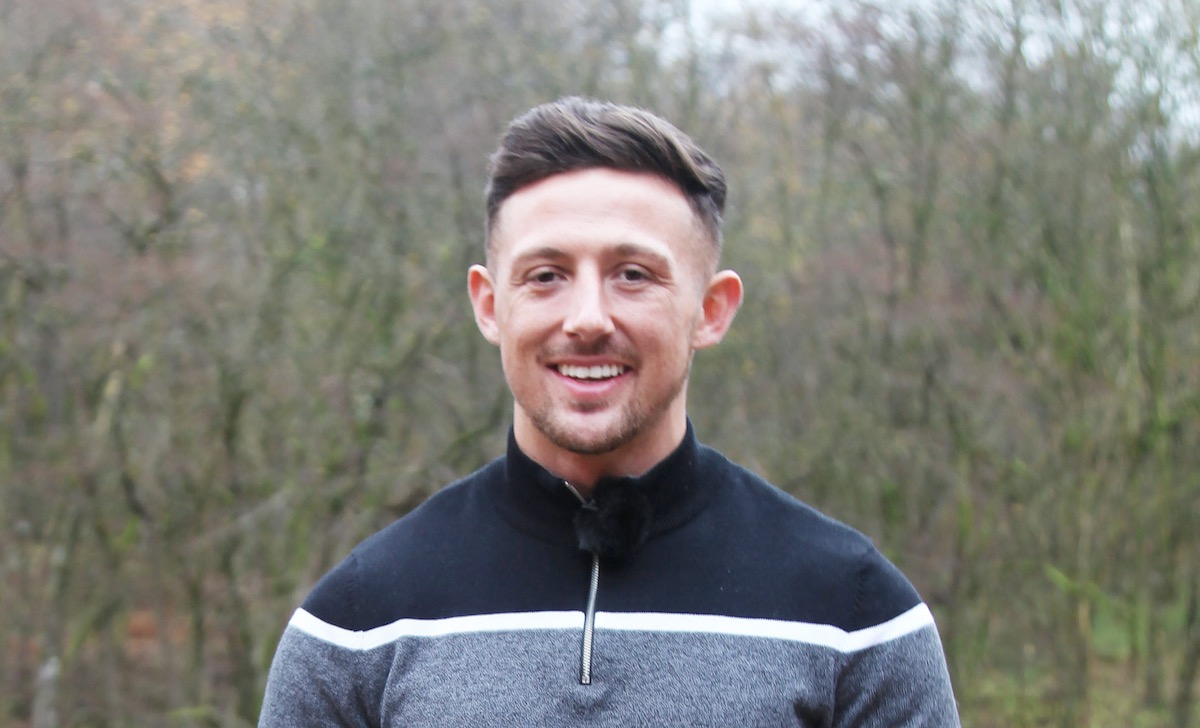 The Cabins new arrival Clinton has been on telly before

The wannabe TV star was teased as “a power-lifter from Manchester” who was looking for love on the match-making show.

At the time, he was up against a butler in the buff and an osteopath who were all vying to go on a date with Geordie girl Cali.

Clinton says: “I signed up to The Cabins because it’s a new experience for me and hopefully I’ll meet the girl of my dreams. 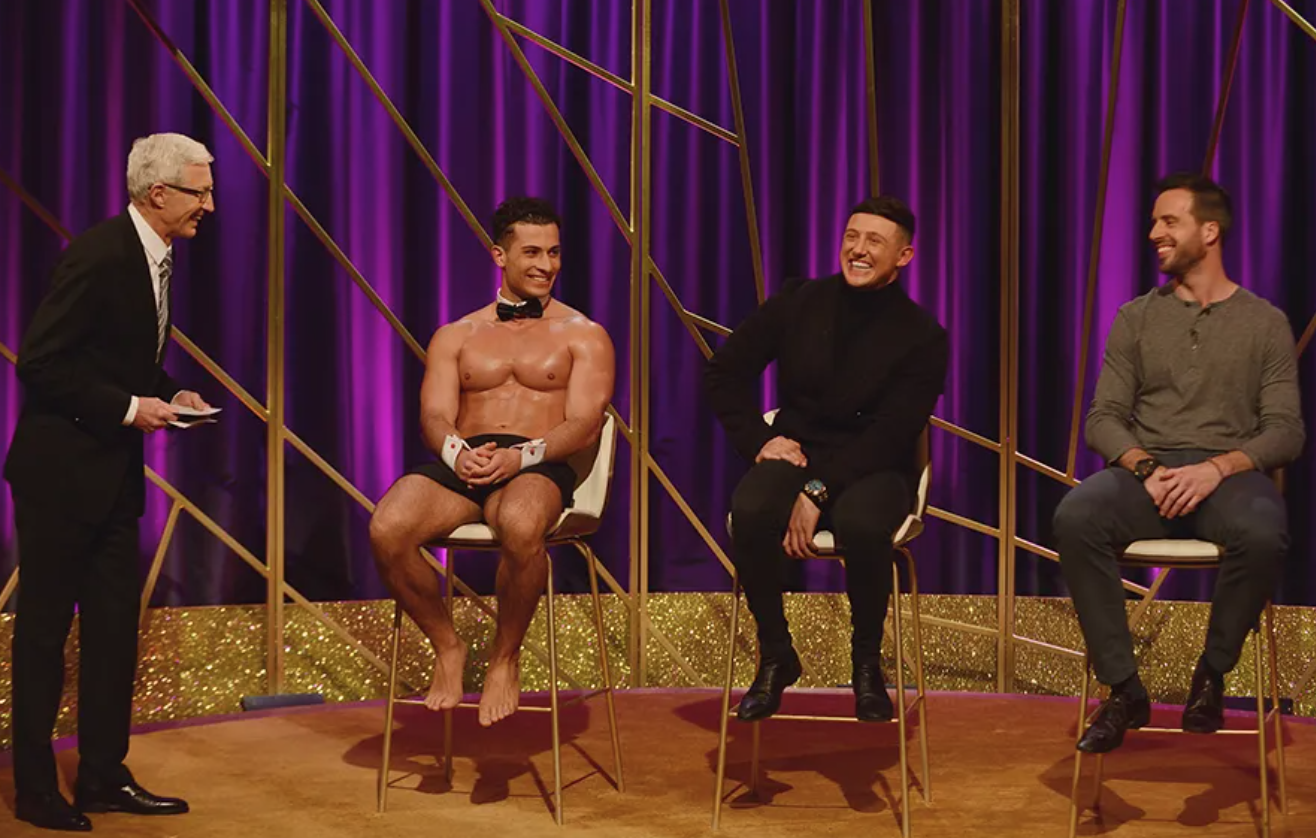 He was a contestant on Paul O’Grady’s Blind Date back in 2018, pictured centreCredit: Channel 5

“I’d like a date that’s fun, exciting and maybe something different, that I’ve not done before.

“I prefer dates that are just natural. There’s a hot tub there, so hopefully we can chill, have a couple of drinks and get to know each other.”

Meanwhile, April had an even more airtime as she competed for the heart of Welsh rugby player Gavin Henson in series 4 of reality show The Bachelor.

Back in 2011 April was seen crying at a cocktail party on the show when she realised she hadn’t had a chance to woo Gavin and felt “left out” of the group. 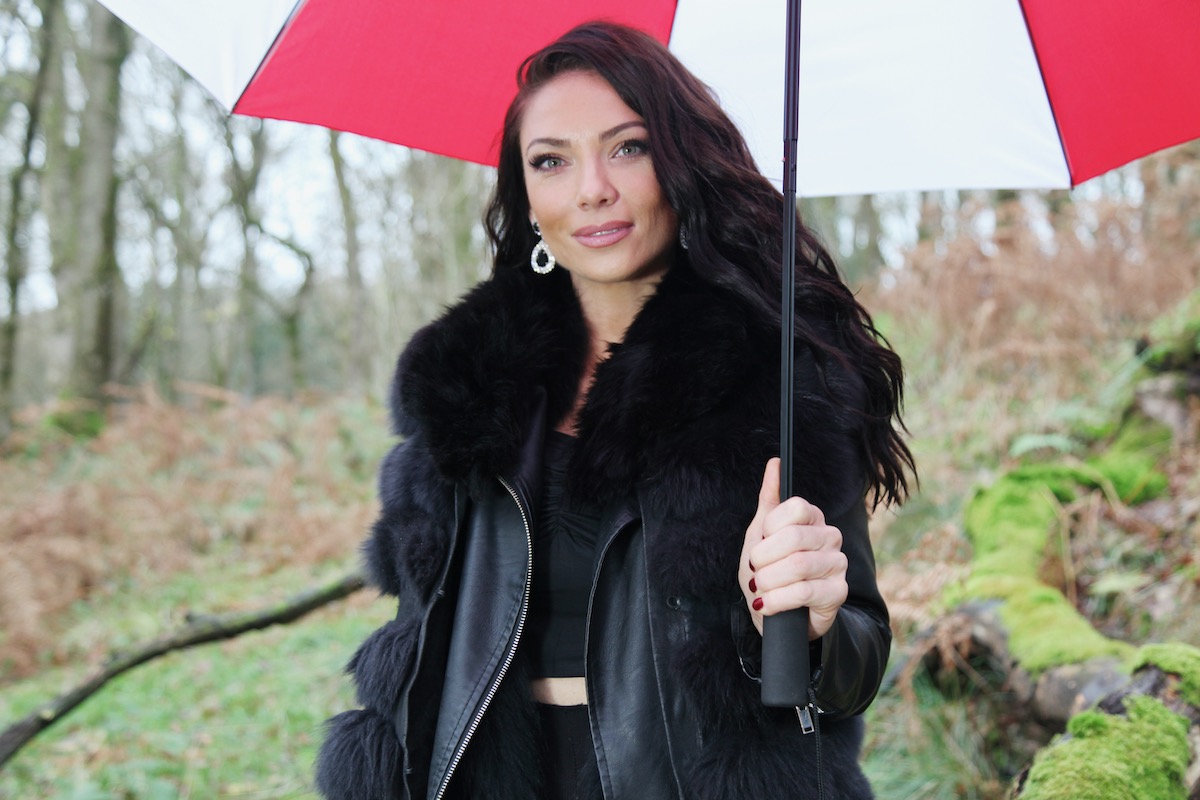 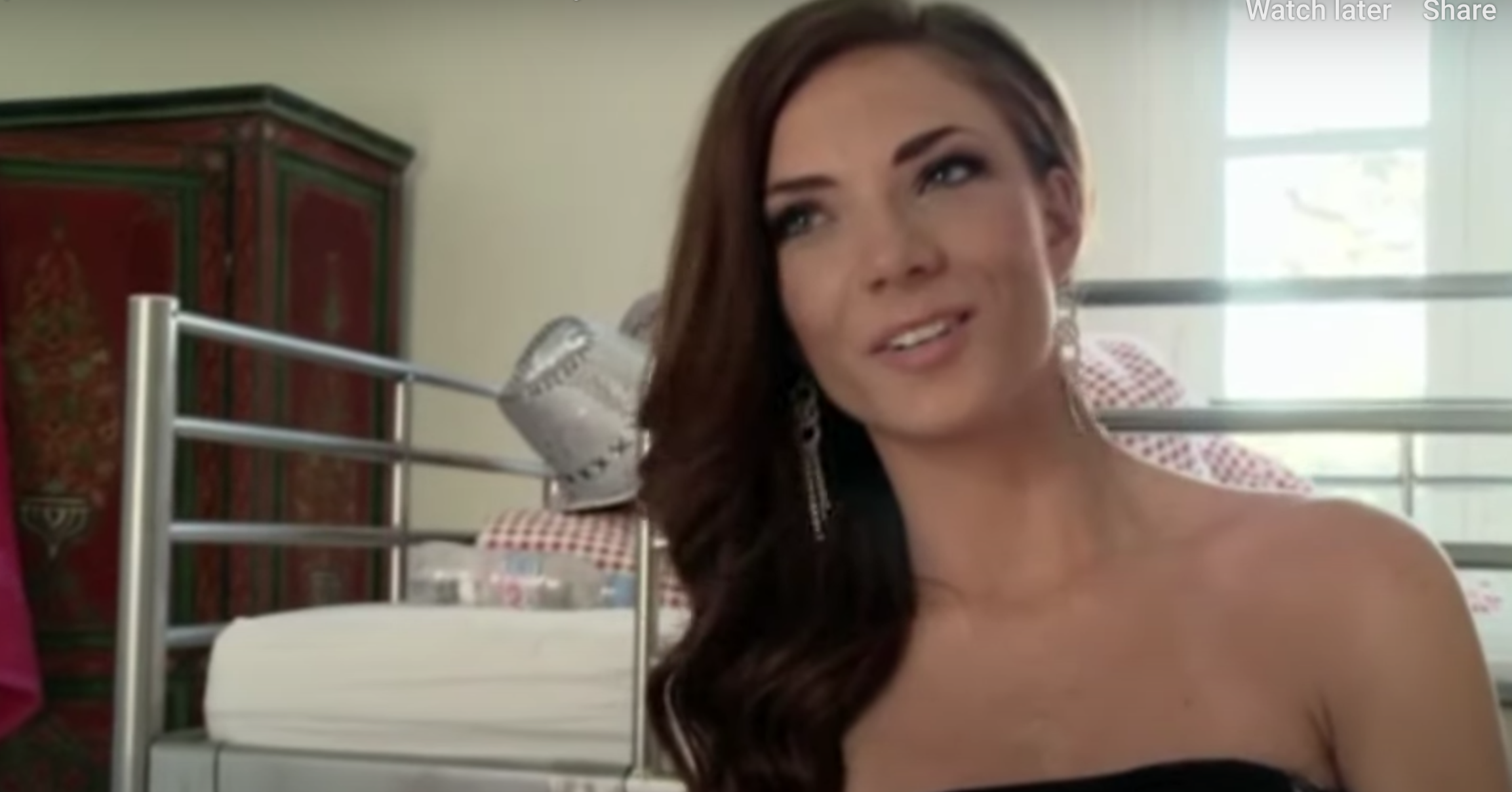 She competed on The Bachelor back in 2011

She said it brought back memories of being the odd one out at school and being bullied.

The fashion designer from Hertfordshire made it to the semi-final but Gavin went on to crown Carianne the winner. They dated for three months, before she slammed him and the show saying it was “really fake”.

April is now a Bridal Wear designer and the former Ms Great Britain says about going on The Cabins: “I do such a terrible job of dating.

“I can’t find anyone suitable for myself, so I thought I’d leave it to some professionals to see if they can have a go.

“I’m hoping I can find someone I can finally settle down with. I’m 31 now and time’s getting on. I’m not getting any younger. Thinking about things like getting married and having babies, I don’t want to be 70 years old when I finally get married – at the moment, that’s the way it’s looking.” 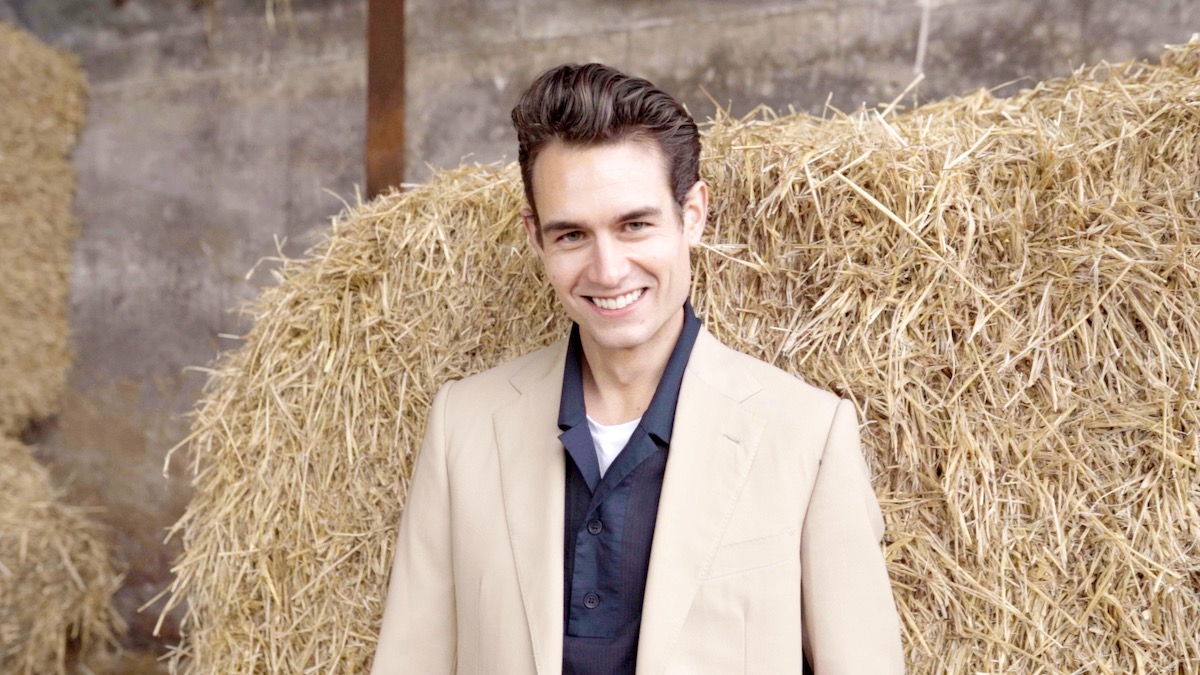 Also set to bunk up in The Cabins tonight is Ryan, a model from Winchester who currently lives in London.

Ryan, 30, says: “I love the concept of spending 24 hours with someone, not knowing who that person is and then getting surprised with someone that you either love or hate. I’ve done online dating before. With the apps, you’ve already got to know someone, you’ve got to know them through the pictures, this eliminates all of that. This is diving into the mystery of the unknown.

“I’m looking for someone that I really gel with and click with, we both share the same sense of humour and, equally, someone I’m attracted to physically, that’s important.” 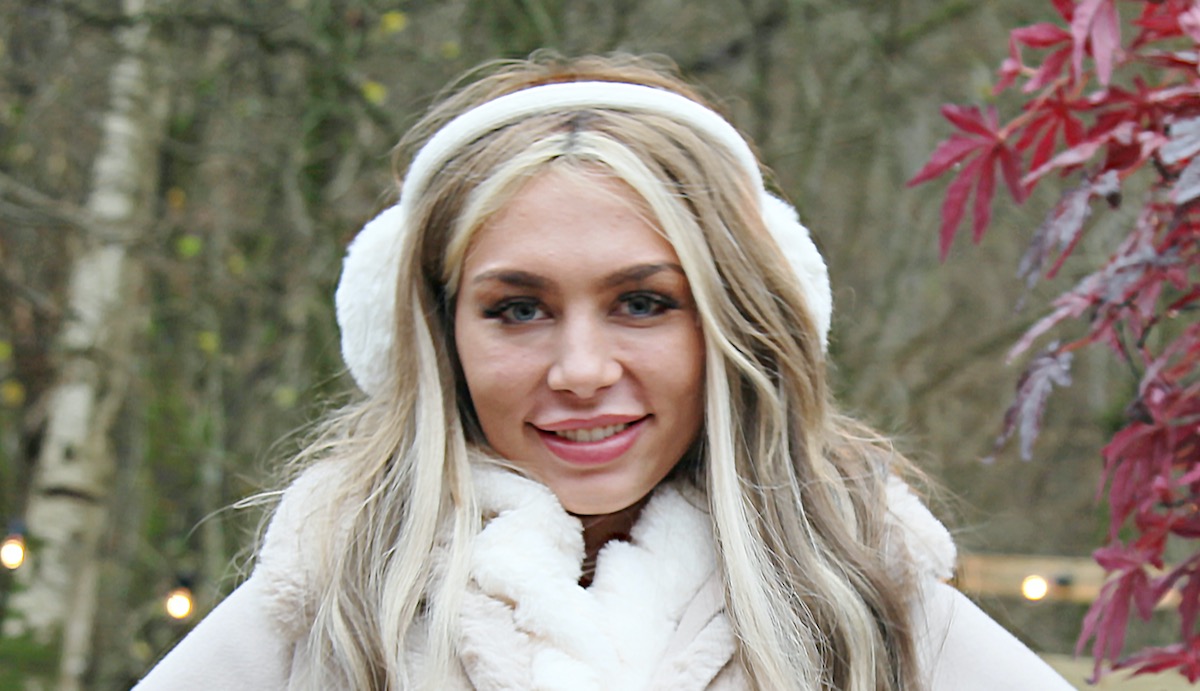 Blonde bombshell Katarina, 26, from Burnley joins him and admits she’s up for fun on the show.

The model consultant says: “I’m hoping that this new way of dating will help me to find real love that will last longer than a year. I do have a curse of relationships that last a year.

“I’d like to have quite a relaxed time as I know there’s a hot tub there. If relaxation isn’t going to happen because I’m going to end up with a person who isn’t very relaxed, who is very energetic, maybe quite young, then it’s going to all be about making it as fun as possible, lots of games.”

The Cabins continues nightly at 9PM on ITV2 and is available to catch up on the ITV Hub.