A bin man, beauty queen, and a lesbian lingerie model are among the hopefuls looking for love in the first ever series of the new reality show. 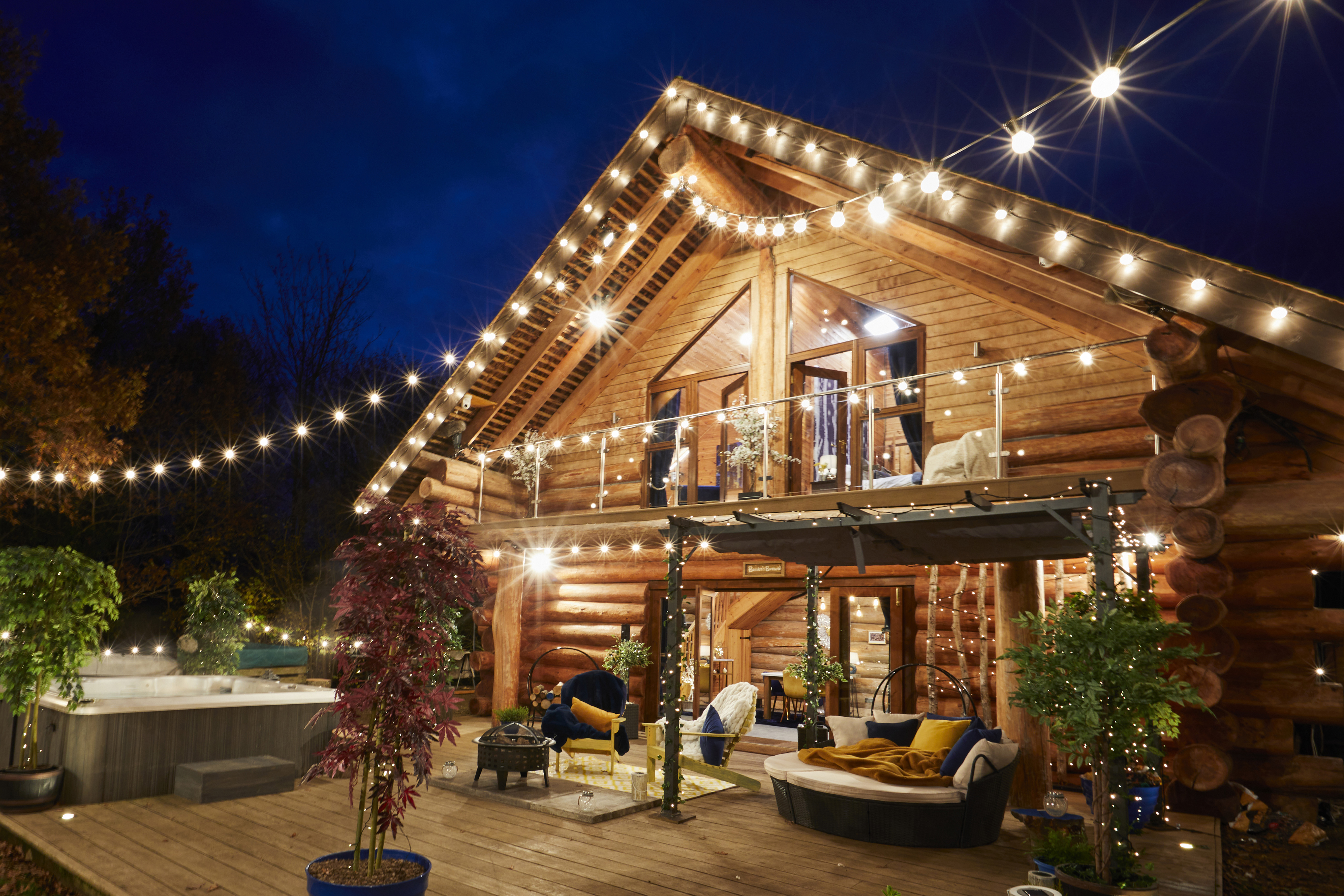 New reality show The Cabins kicks off on ITV2 on Monday Credit: ITV

The Cabins gives contestants just 24 hours to find love, with prospective couples moving into a cosy lodge together and being given the choice to stay a pair or “check out” of their cabin after a day.

The show – which has already been recorded – was able to go ahead after ITV put strict health and safety coronavirus protocols in place.

This included contestants isolating at a hotel while awaiting their Covid test results and any pre-show filming carried out with minimal crew, who all wore face masks and were regularly temperature checked throughout production.

Reality TV junkies didn’t get their usual Love Island fix this summer due to the ongoing pandemic, but hopefully these 12 sexy singletons will be exactly what we need to get the New Year off to a sizzling start… 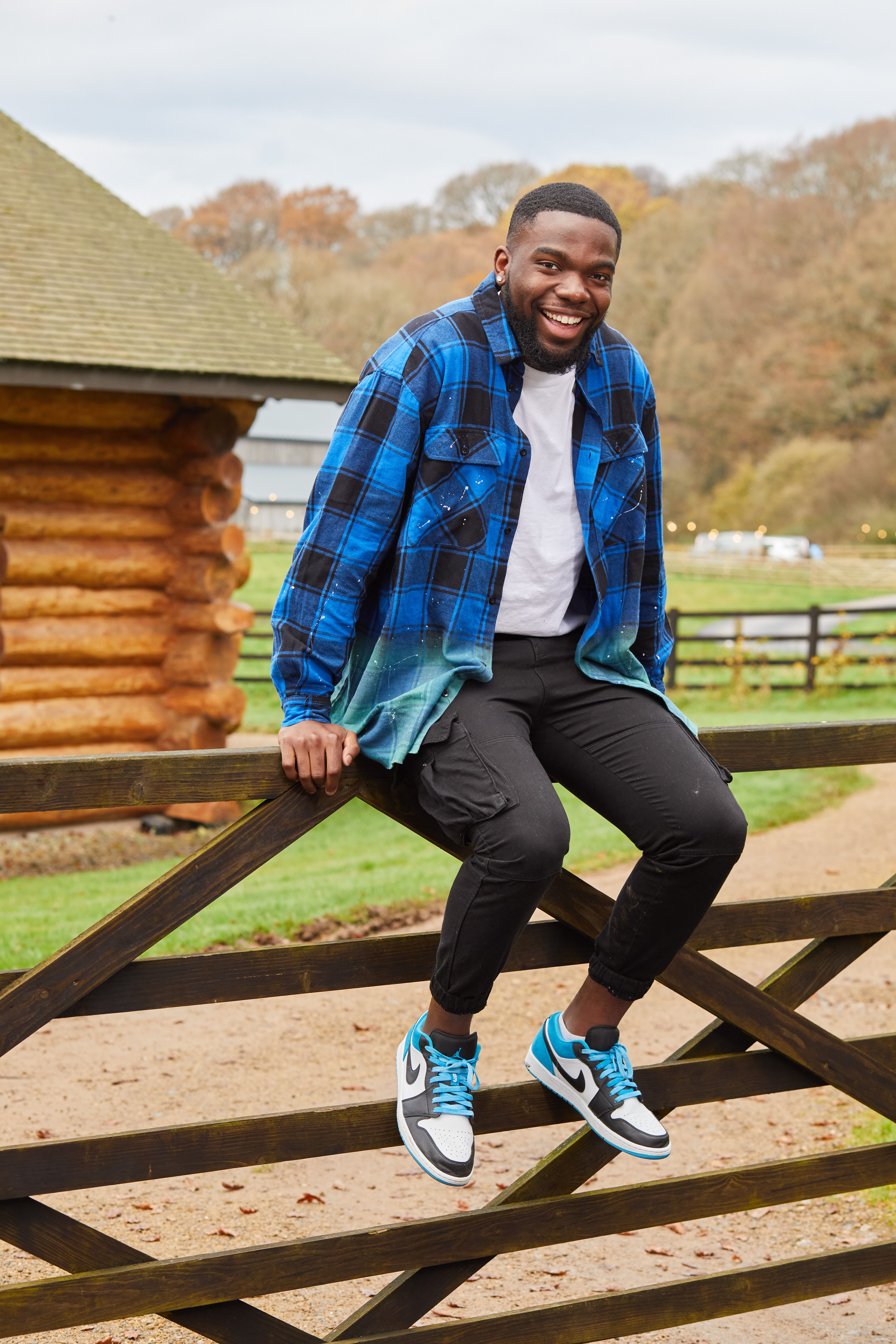 Abraham is an architecture studentCredit: ITV

First up is 21-year-old architecture student Abraham, who is hoping to find a “girlfriend and a best friend” on the series.

The hunk admitted to having a bit of a crush on Love Island alumni Joanna Chimonides, and was chuffed to bits when she posted a TikTok video that he made to her Instagram page.

Abraham is also the musical sort and teased that he will be bringing his guitar into the cabin with him – which means the lucky lady he’s paired up with will no doubt be privy to a serenade or two.

Holly has an impressive list of jobs – including cabin crew and influencerCredit: ITV

Holly, 23, has an impressive list of occupations to her name – including cabin crew, a make-up artist, and even an influencer; with her popular social media page meaning that she’s caught the eye of the occasional celeb who has slid into her DMs.

Unfortunately for us, the beauty remained tight-lipped over who the mystery stars were, instead insisting that she’s not interested in a famous beau.

She said: “It’s not the sort of person I want to be involved with, I want to be with someone who works on a building site down the road that no one knows about. It’s just less hassle.”

Holly also adamantly ruled out joining the Mile High Club, and said that she signed up to The Cabins because her love life is “an absolute shambles”. 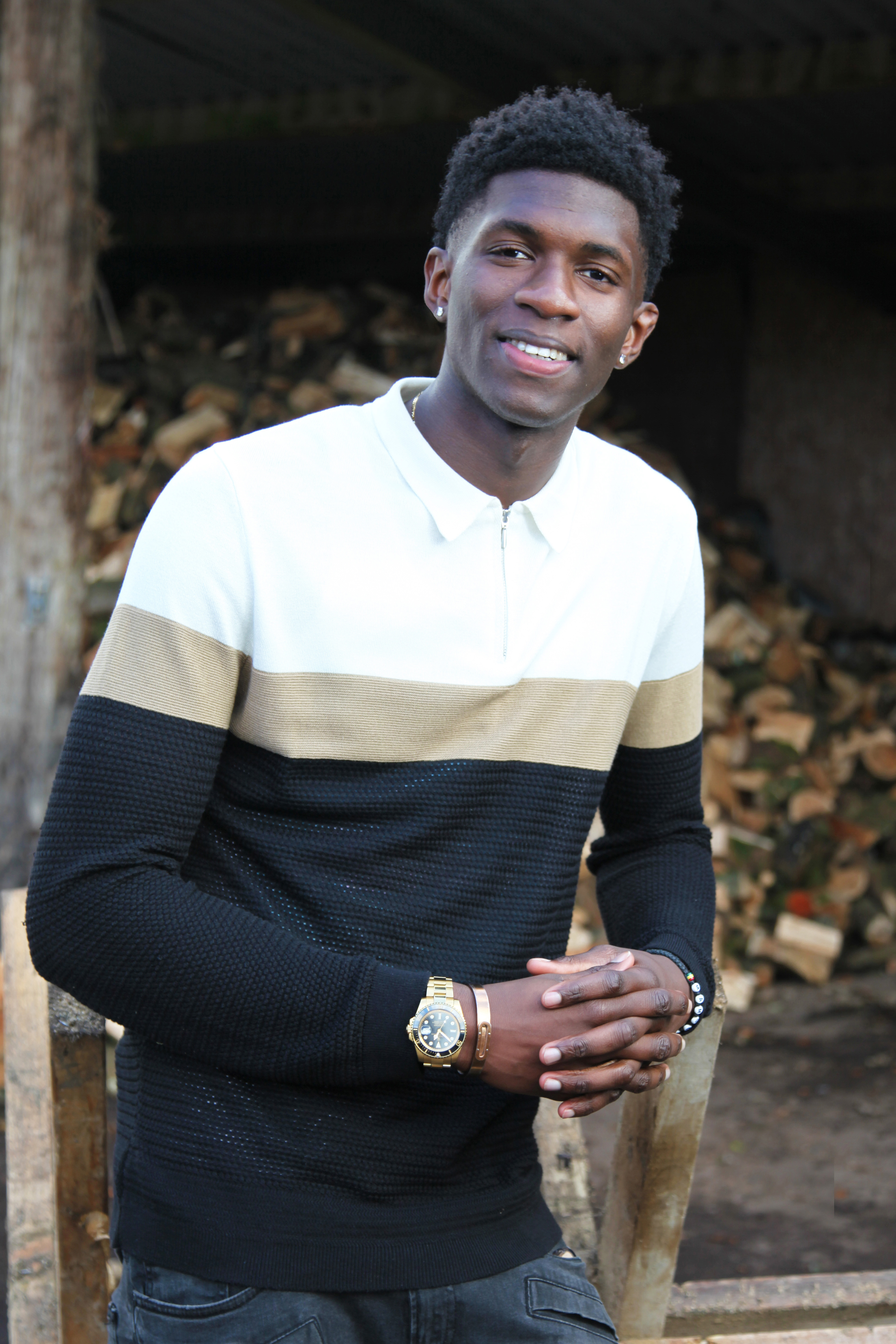 Meanwhile, 23-year-old footballer Mamudo signed up because he hopes to meet the love of his life in a “more natural way”.

And while a reality show may not seem like the most natural choice for many, the sportsman explained: “You talk for 24 hours and get as much info as you can, it’s ideal in that sense.

“[You] build up a connection, without people being around, without the distractions you face on the outside world.”

And If there are any awkward silences in his cabin, Mamudo will be able to fill them in a multitude of languages, with the hunk able to speak Portuguese, French, Spanish, and Creole in addition to English – impressive! 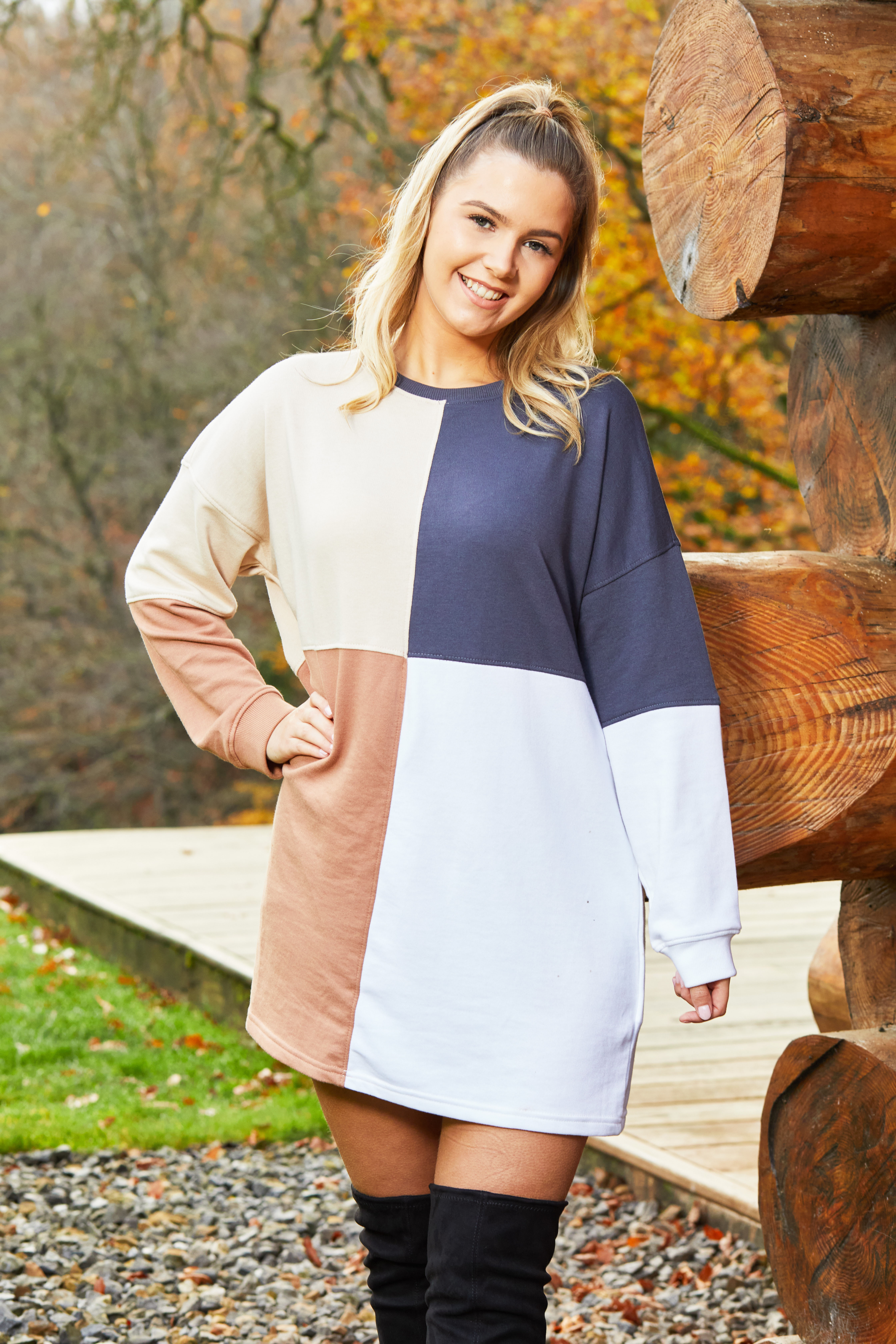 Footballer Mamudo could be the perfect match for 26-year-old footie fanatic Robyn – but only if he supports Chelsea.

The sales executive admitted that she’s had to dump Man U fans in the past because they clash over their rivalry.

She explained: “You’d think it would be good to have that banter and rivalry, but if they’re die hard fans and they get really passionate about it – and I’m passionate – then we just clash.”

Robyn also said that she’s single because she’s not found a man “worth settling down for” yet, could The Cabins change this?

Jess, 24, recently swapped working at Walt Disney World for a bingo hall – and that’s no doubt not the only crazy tale that she has up her sleeve.

With previous dates involving karaoke and adventures around Disney, Jess is pretty much up for anything – apart from discussing marriage on the first date. 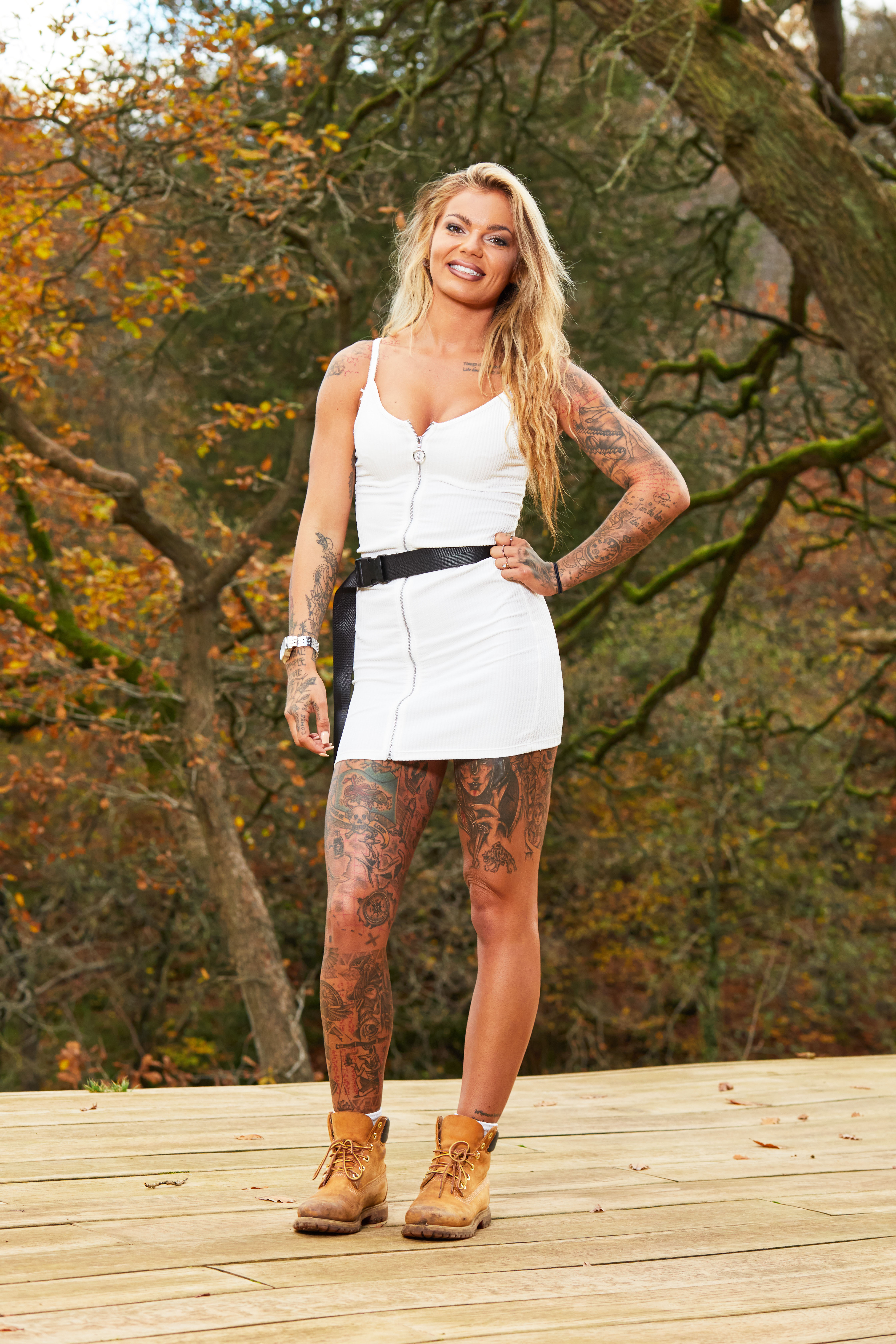 Model Sarah makes up one half of the show’s same-sex coupleCredit: ITV

The Cabins will also feature a same-sex couple, with 26-year-old model and Murder Mystery actress Sarah making up one half of the pair.

Speaking about her sexuality, the tattooed beauty shared: “I’ve dated men, but not a lot. Primarily I’m women, but if I fall for a guy I’ll give them a chance. I do classify myself as a lesbian.”

Cheeky Sarah also revealed that she got seven names tattooed onto her bum when she was 18, which she has since got covered up.

Sarah is also not afraid to strip off, with her Instagram full of snaps from her lingerie and fitness photoshoots.

Tom, 26, is no stranger to grand gestures, admitting that he used to fly to Ireland every single week for seven months to see his ex girlfriend during their long-distance relationship.

The business development manager also got an entirely new job so that he could work with a girl, and revealed that he is all about long-term relationships.

He explained: “I’ve had four or five relationships, the first one lasted four years, we had a house and everything.

“After that, every year I had a relationship that lasted 10 months to a year but something would pop up and we’d end up parting ways.”

Whoever ends up partnered with international beauty queen Sofia will struggle to be her hottest date ever – with the 21-year-old tattoo apprentice literally setting herself on fire during one date.

She shared: “There was a candelabra on the table. I dropped a spoon, so I leant down, I came back up and I’d set part of my sleeve an hair on fire.

“Instead of my date being like: ‘Oh my gosh, you’re on fire’, he just looked at me. I smelt the burning and was like: ‘Is something on fire?’ and then realised it was me.”

Sofia won Miss Diamond UK in 2019, before landing the crown for Miss Regency International, and she has a thing for scraggly-haired cheeky chappies with her celeb crushes Russell Brand and Robert Sheehan. 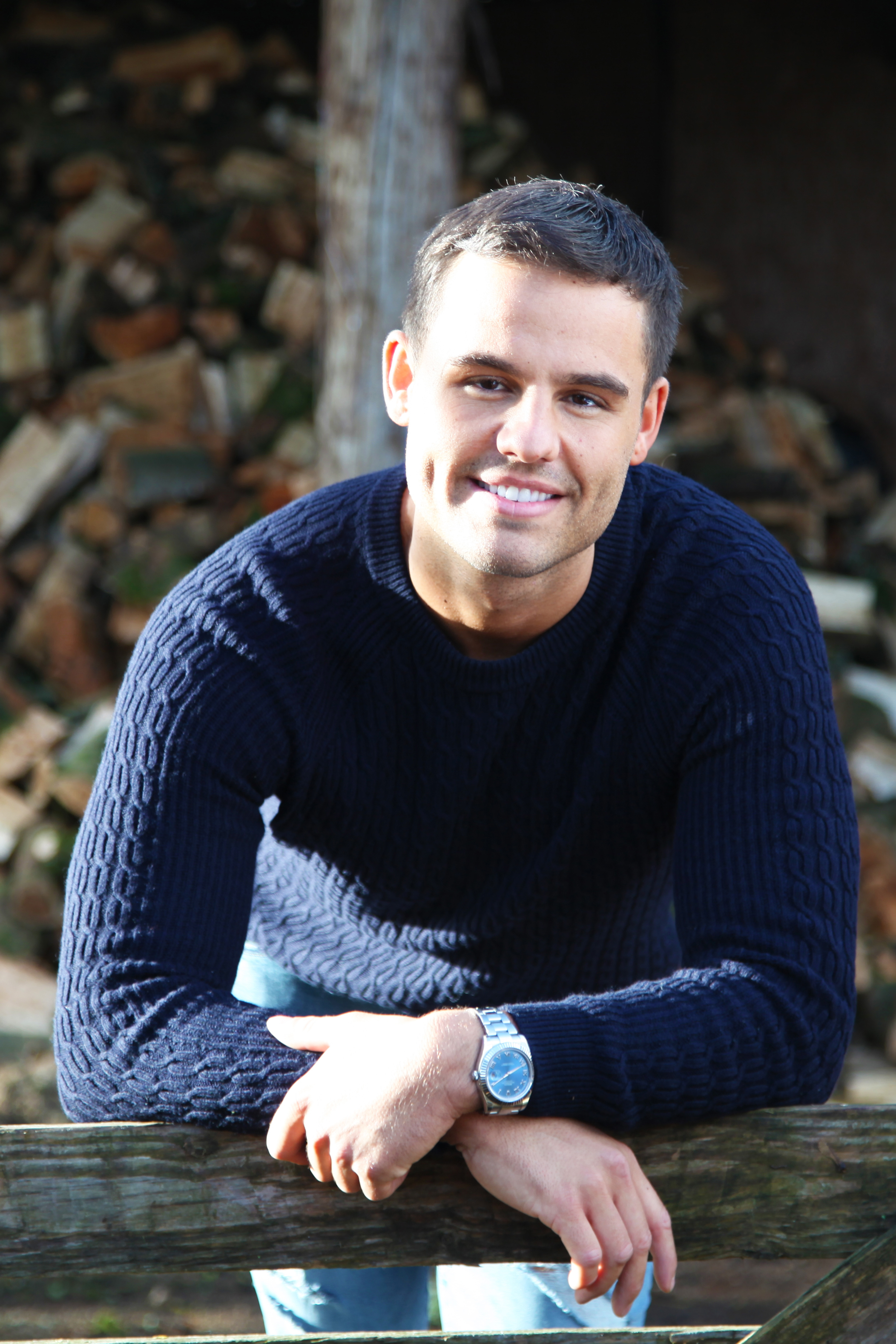 Working for a family run electrical company, the hunk compared himself to Mark Wright as he admitted that he wouldn’t say no to his own Michelle Keegan – who he called “the hottest girl in the world”.

He also has a crush on Margot Robbie in The Wolf Of Wall Street, and insisted that he is a “down to earth family man” when he isn’t partying with pals.

Will’s party boy persona could be a perfect match for 22-year-old Olivia, who describes herself as a “really chaotic wild child”.

The customer service agent has been single for 10 months and is looking for someone “bubbly and outgoing” but with a tinge of romance.

The beauty’s celeb crush is Callum Izzard from Ibiza Weekender, which just about sums up her fun-loving personality.

Bin man Joel is looking for love outside of SwanseaCredit: ITV

Meanwhile, Bin man Joel is looking for someone who doesn’t live in his home town of Swansea – and a girl who isn’t glued to her phone.

The 22-year-old is also after someone active, with Love Island’s Lucie Donlan one of his celeb crushes due to the fact that she surfs.

Joel has never had a long-term girlfriend and is “dying” to embrace cabin life with a potential match.

Operations manager Charlotte will be paired with SarahCredit: ITV

Charlotte, 29, will hopefully get along well with Sarah – with the coffee company operations manager admitting that she only started dating women 18 months ago.

She explained: “I feel like I’m still learning my type.

“I definitely like the more alternative girls. Tattoos, piercings… and more tomboy than really girly.”

And Charlotte will have a hard time having a worst date on The Cabins than she already has in real life, with one girl ending up concussed when she fell out of bed, and another smashing her own house window when she thought she lost her key – d’oh.