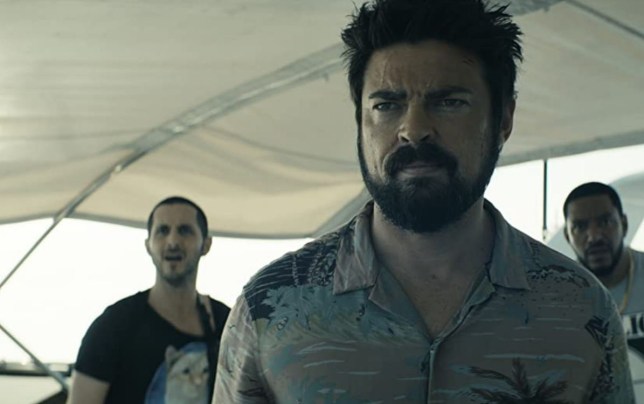 Filming on The Boys season three is well underway, and the cast of the hit show have been sharing behind-the-scenes pictures.

Stars Karl Urban and Antony Starr have been keeping fans updated with new shots from the set of the Amazon programme, promising ‘some real goodies’ are on the way soon.

Posing in character as Billy Butcher, Karl had a message for viewers, saying it was ‘so good to be back’.

‘Hullo hullo. Day 1 shooting The Boys season 3. So good to be back!’ he wrote.

‘Massive thanks to all those at @amazonprimevideo, @sptv, @theboystv production and our crew who are all working hard & taking every precaution to ensure our continued health and safety.’

He added: ‘Stay tuned. We got some real goodies lined up for ya!’

Antony, known for playing Homelander on the show, also teased viewers with new images, with the actor preparing for the role by dying his hair a signature blonde.

‘Season three is underway. I think everyone knew that. But….today, it’s official. For y’all that weren’t aware, the blonde boys b*****s are back.’

They aren’t the only stars to update fans either, with Jack Quaid previously treating fans to a sneak preview earlier this week.

The Boys’ second season provided some of the most subversive TV moments of 2020 – and the good news is, new episodes aren’t too far away.

Nathan Mitchell, who plays Black Noir on the show, previously told Metro.co.uk that season three of The Boys is going to be even more crazy than what’s come before.

‘I think the nice thing about the show is there’s an upping of the stakes, like the stakes from season one [are] upped in season two and so I think in that same way, we’re gonna raise the stakes again,’ he explained.

A release date for The Boys season three has yet to be released.

The Boys is available to stream on Prime Video now.