THE Big Bang Theory’s Kaley Cuoco cried as her husband, Karl Cook, returned home and surprised her before the Golden Globes.

The star needed some cheering up as she recently mourned the death of her dog. 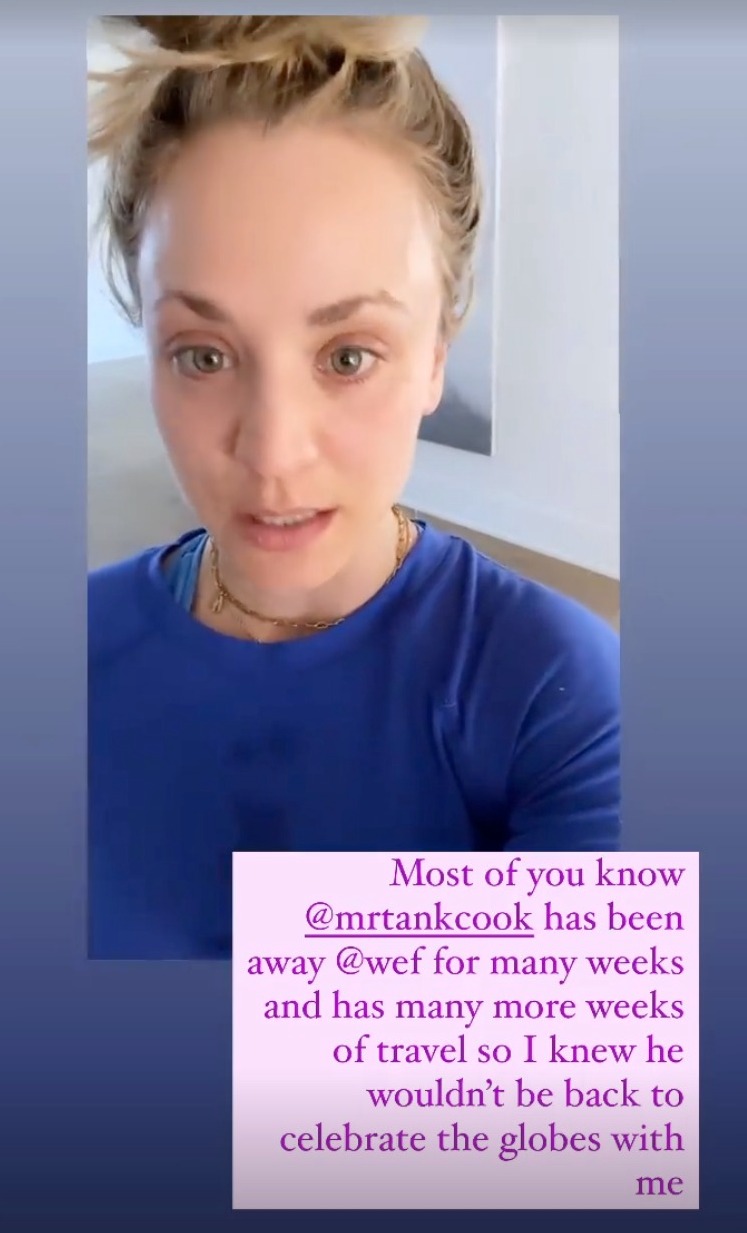 Kaley Cuoco revealed her husband had been able to make it back home for the Golden GlobesCredit: Instagram / @kaleycuoco 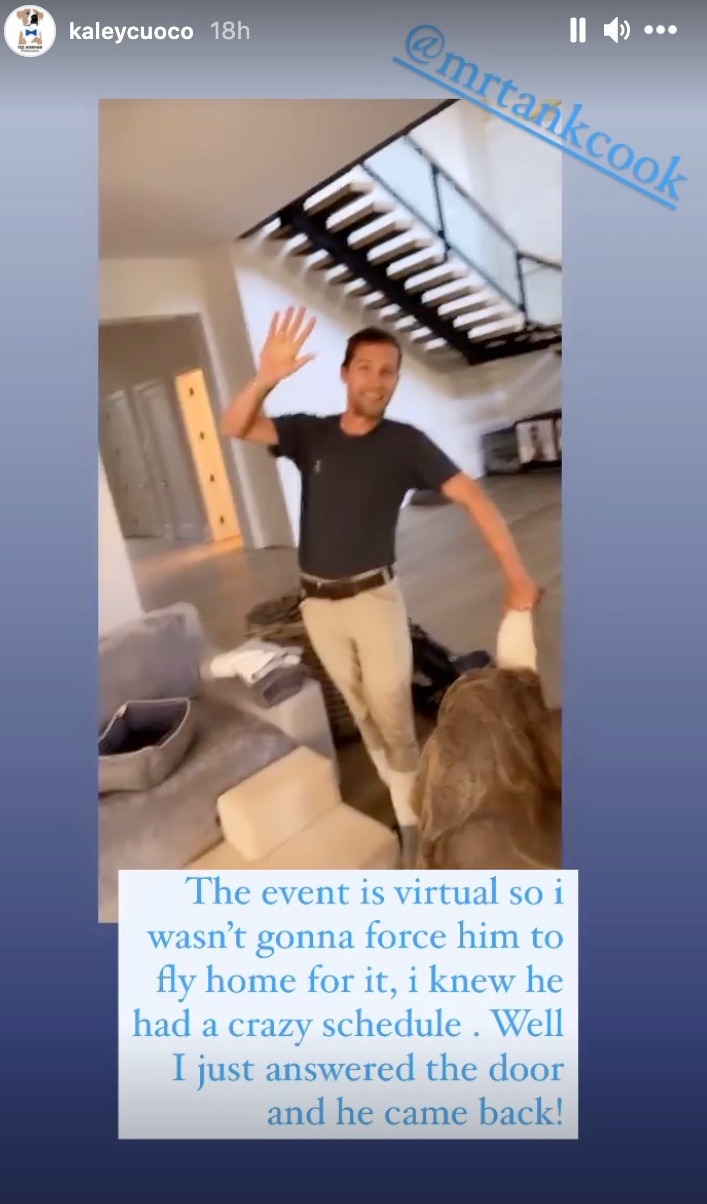 He wasn’t expected to come back home as he was away for a conferenceCredit: Instagram / @kaleycuoco 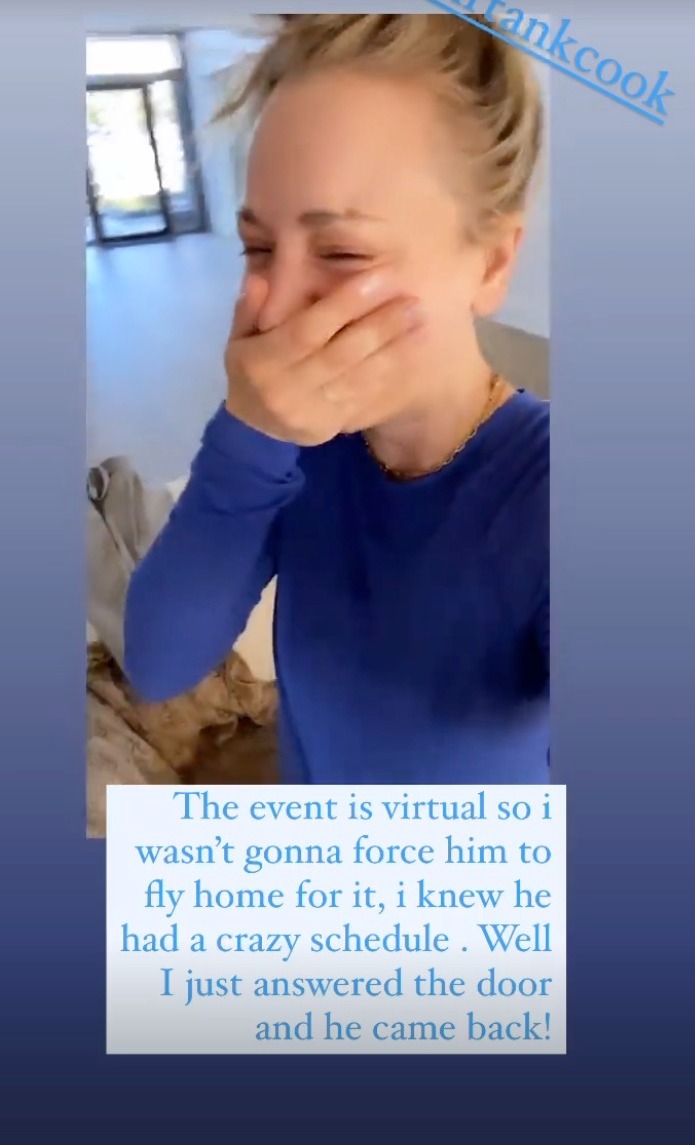 Kaley, 35, took to Instagram stories on Saturday to show just how happy she was that her husband had taken a break from the annual Winter Equestrian Festival, which had him away for many weeks.

She told her fans on social media: “Most of you know that Karl has been away at WEF for many many weeks and was not gonna be able to come back for the Globes tomorrow but we had talked about it and it was ok ’cause it’s virtual and I didn’t want to make him come back for that.

“Well, I just answered the door and he …,” Kaley then broke down into tears and he helped her continue. 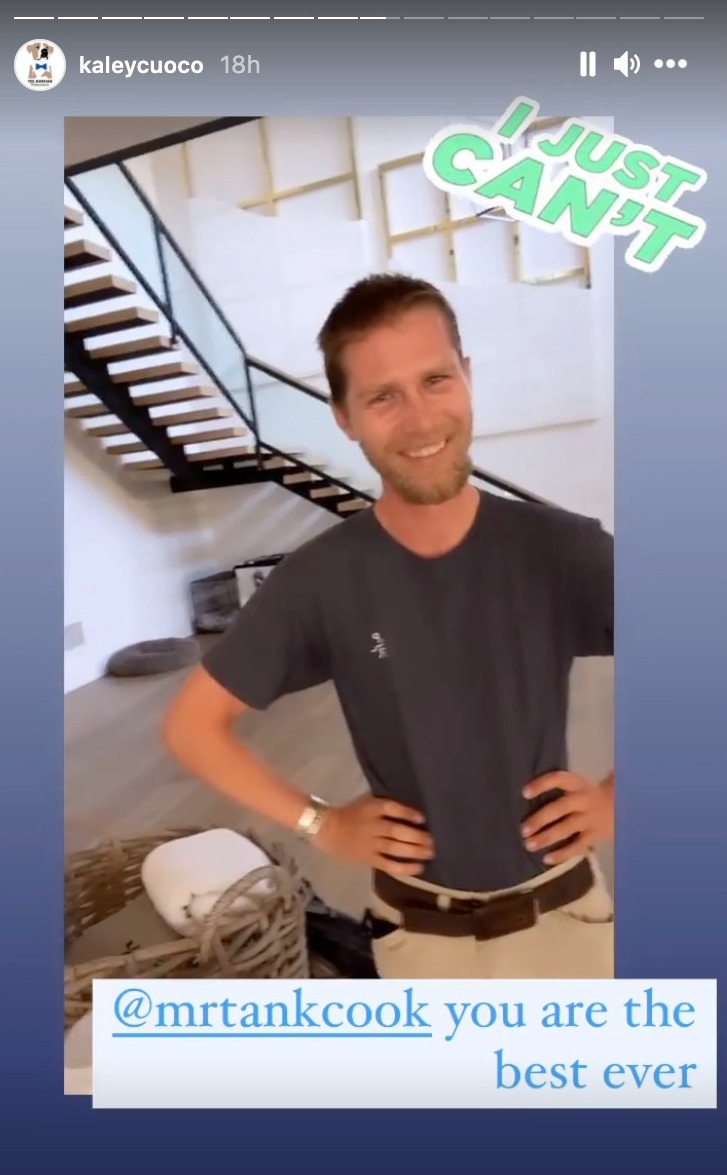 She said he was the best husband everCredit: Instagram / @kaleycuoco 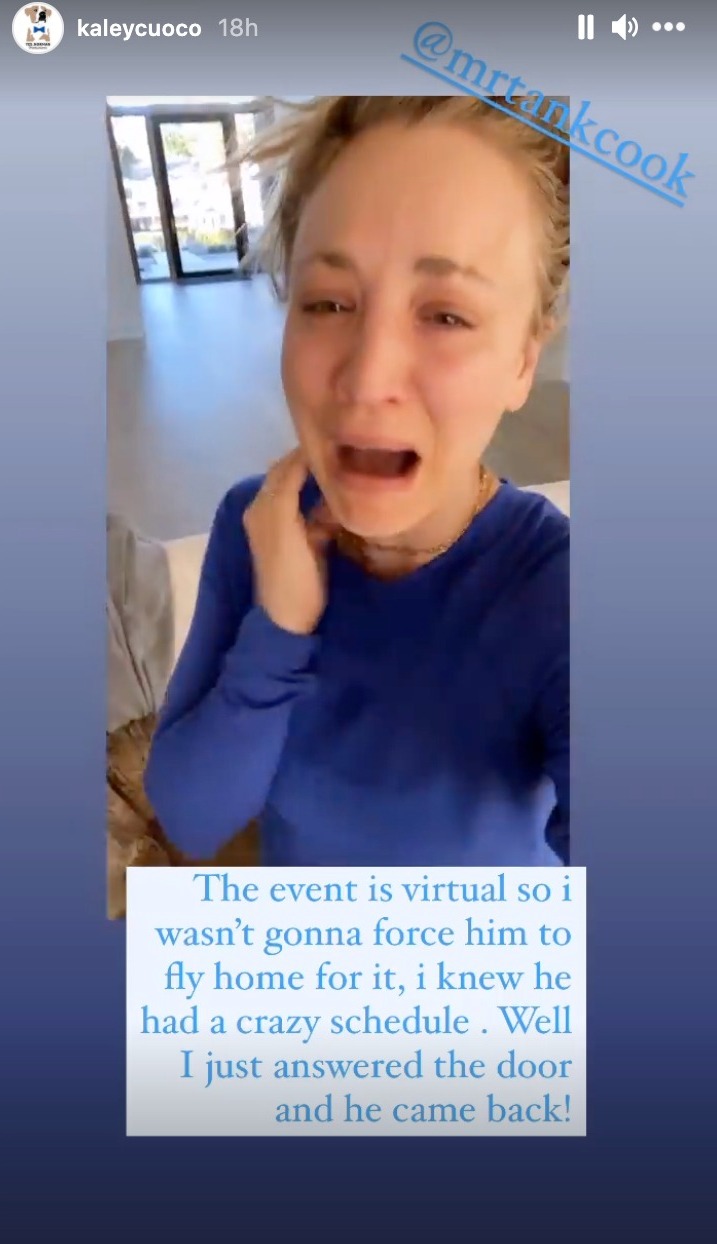 She didn’t want to force him to come back home for a virtual award showCredit: Instagram / @kaleycuoco 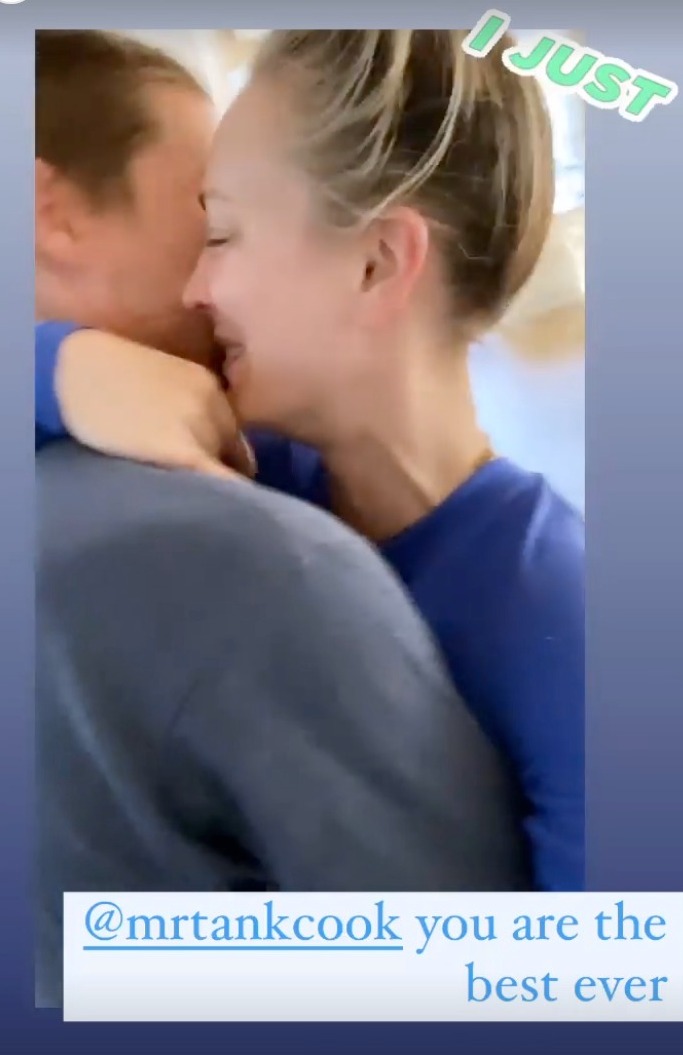 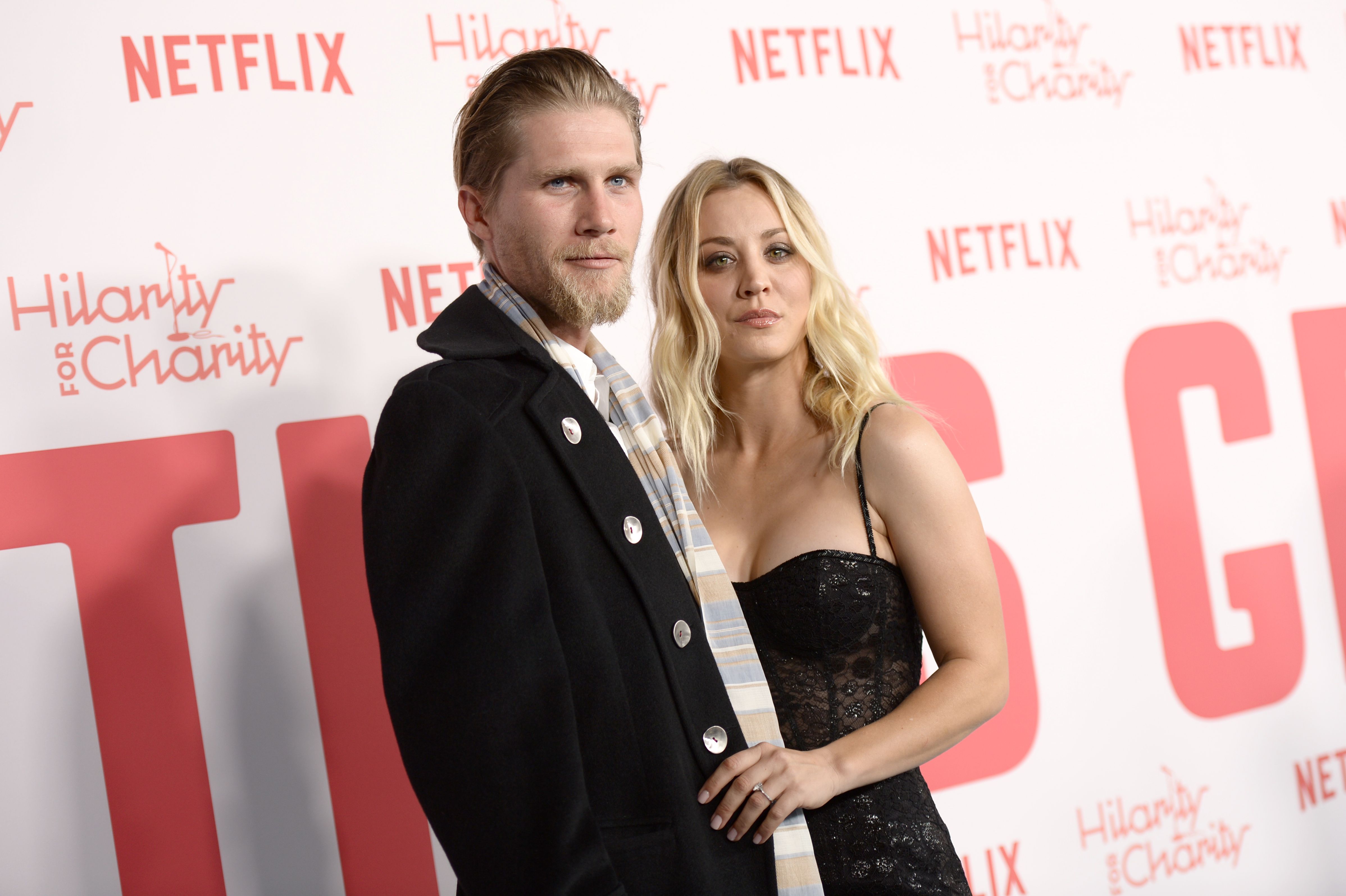 Kaley and Karl have been married for two years nowCredit: AFP – Getty

“So glad it worked,” he told her before she told her fans that she was crying and not laughing.

Tonight is a special night for Kaley as she was nominated for a Golden Globe as Best Actress in a TV Musical or Comedy for her role in The Flight Attendant. 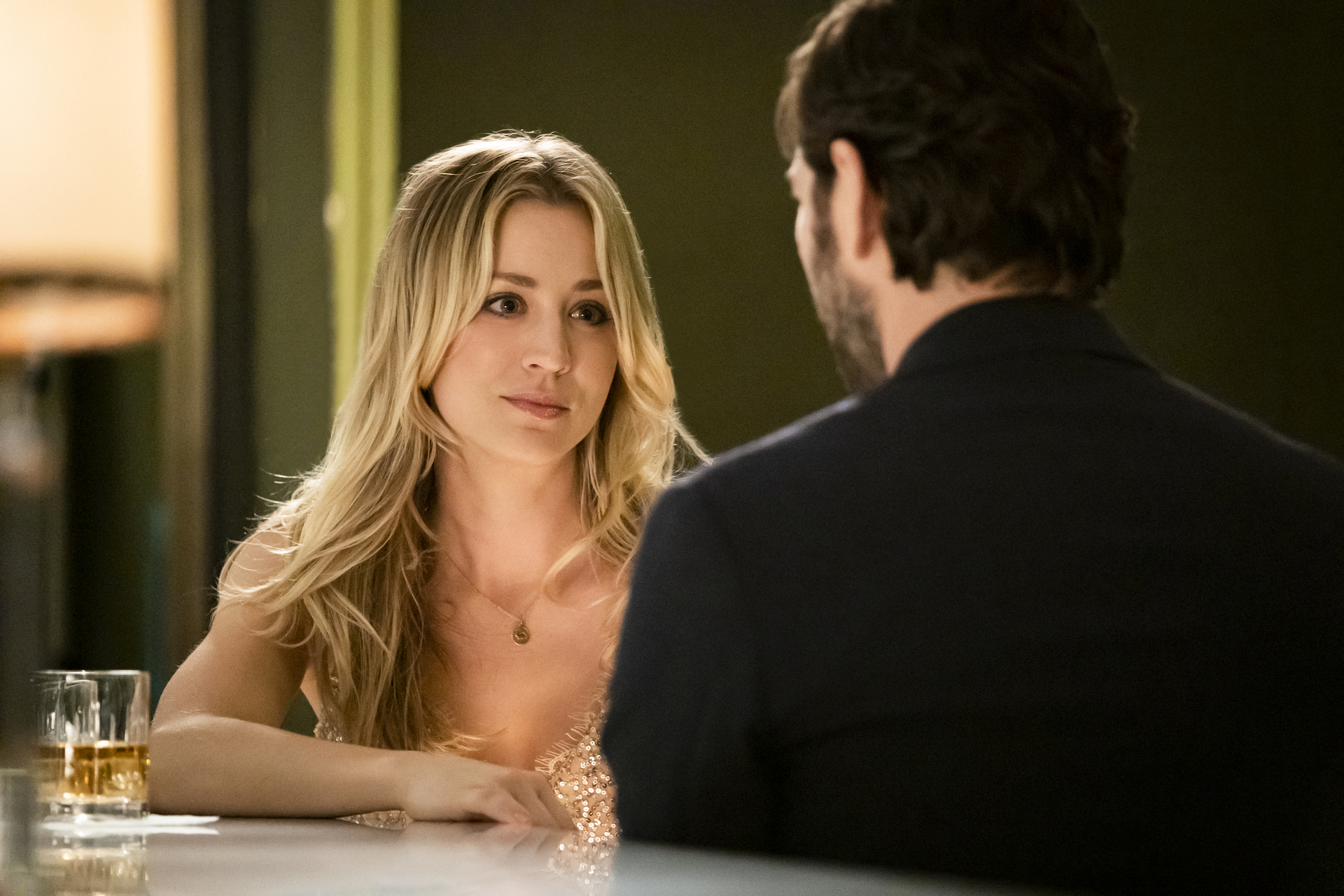 Kaley is nominated for her role in The Flight AttendantCredit: AP:Associated Press 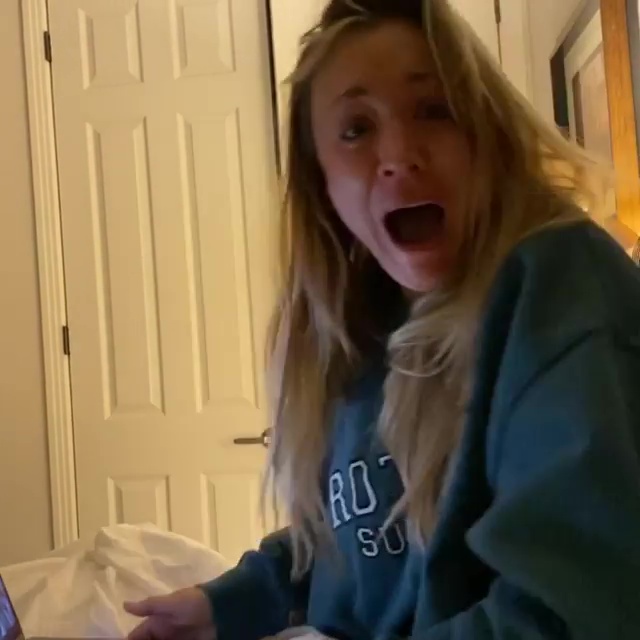 She was shocked when she saw she was nominatedCredit: INSTAGRAM

Kaley shared a video of her emotional reaction to the news on her Instagram page.

She can be seen on her bed listening out for the nominees and immediately sobs after realising her name has been called, repeating “Oh my God!”

Kaley starred in The Big Bang Theory for 12 years – without a single Golden Globe award or nomination, despite the accolades being received by some of her CBS show co-stars.

Things have now turned around for the star, as her latest HBO Max offering is also up for an award in the category of Best TV Series – Comedy or Musical. 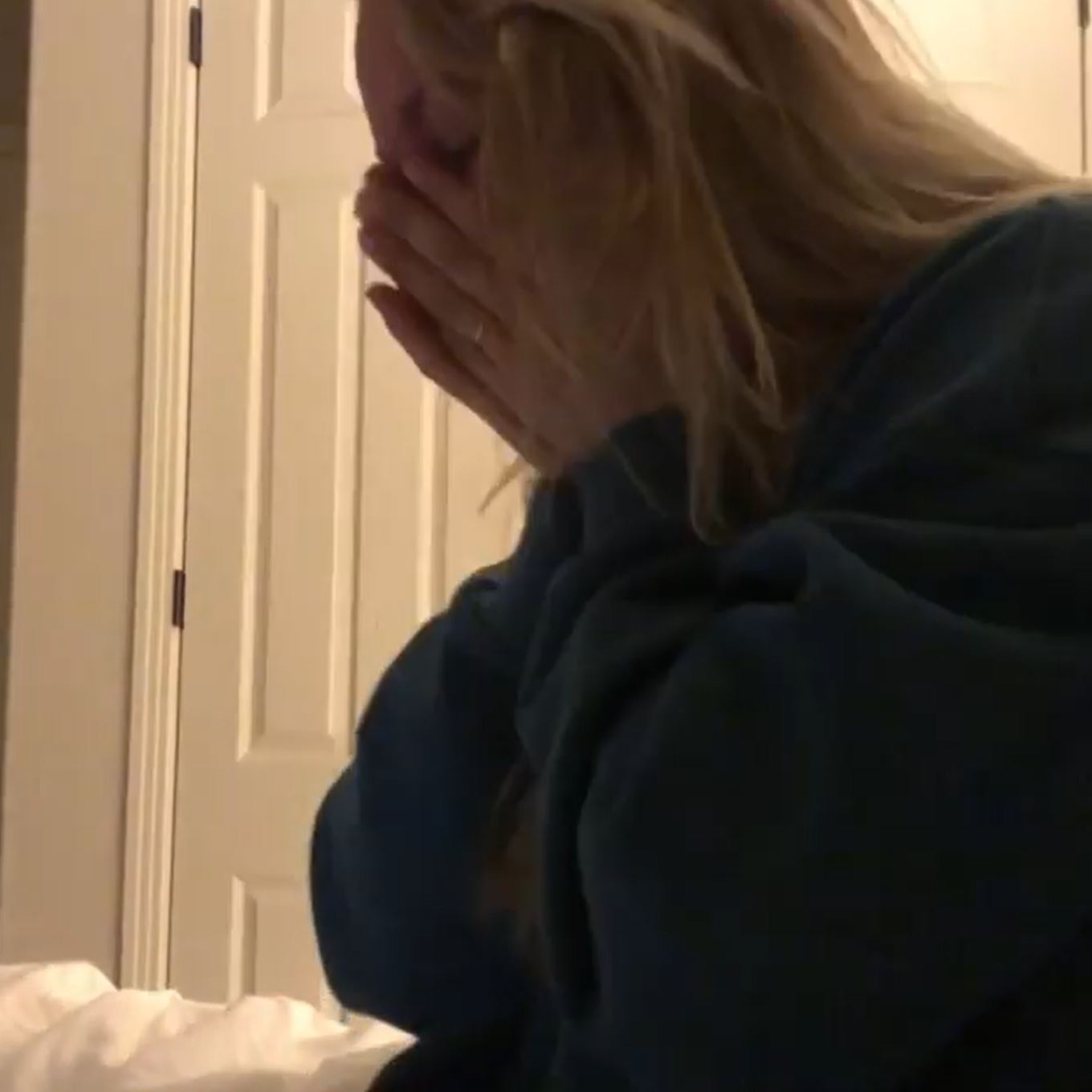 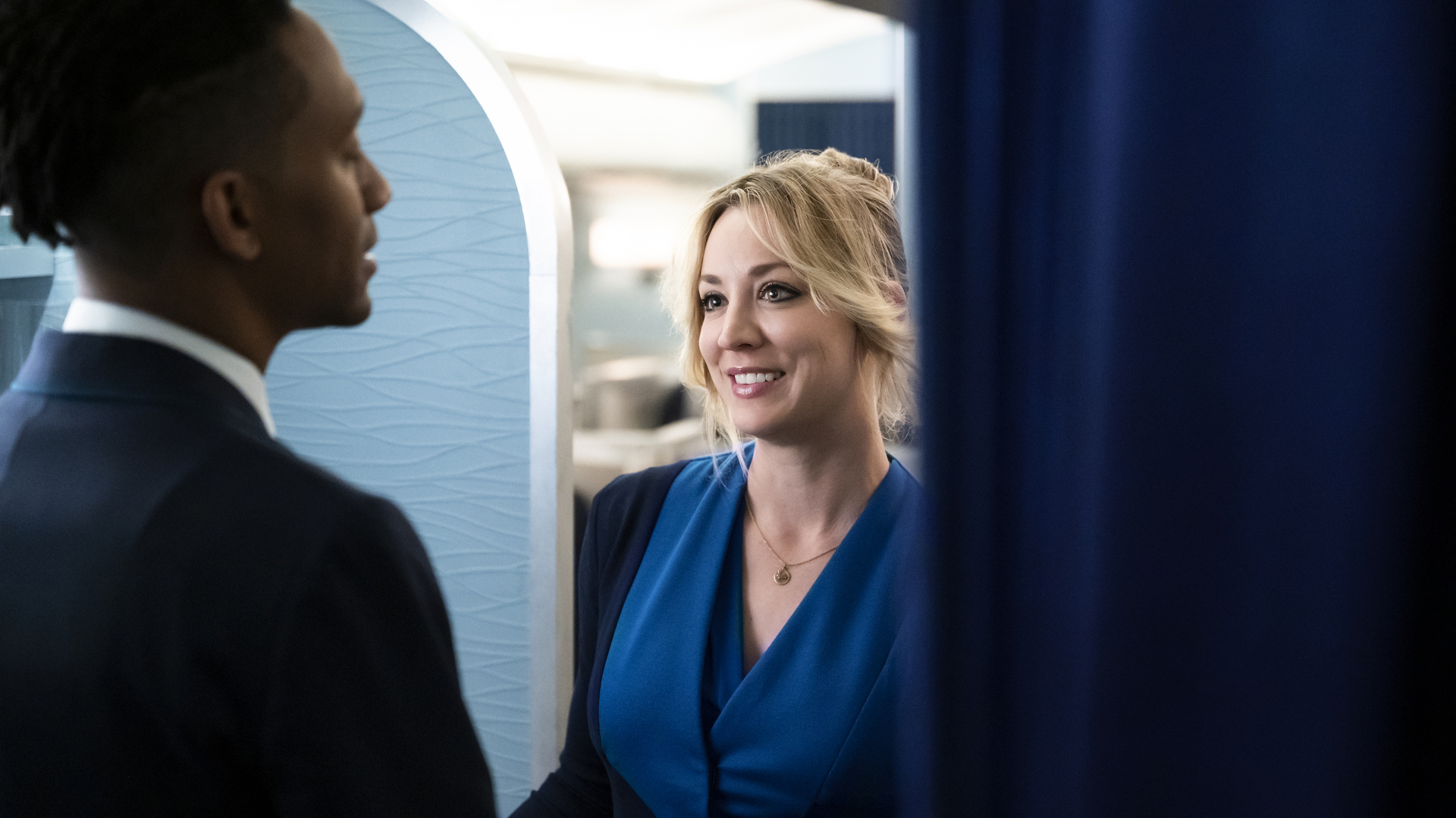 Kaley, who is also an executive producer on the show, plays Cassie Bowden, an air hostess with an alcohol problem who wakes up in a Bangkok hotel room with a dead body next to her.

The Flight Attendant was also renewed in December and given the go ahead for a second season.

Captioning the video, which was full of tears and laughter, Kaley wrote: “Thank you @goldenglobes #hfpa I will never ever forget this moment and I can’t stop crying … so proud of my entire team @flightattendantonmax!!!!! YES NORMAN! “

Kaley’s production company is called Yes, Norman – which is also the name of her dog who recently died. 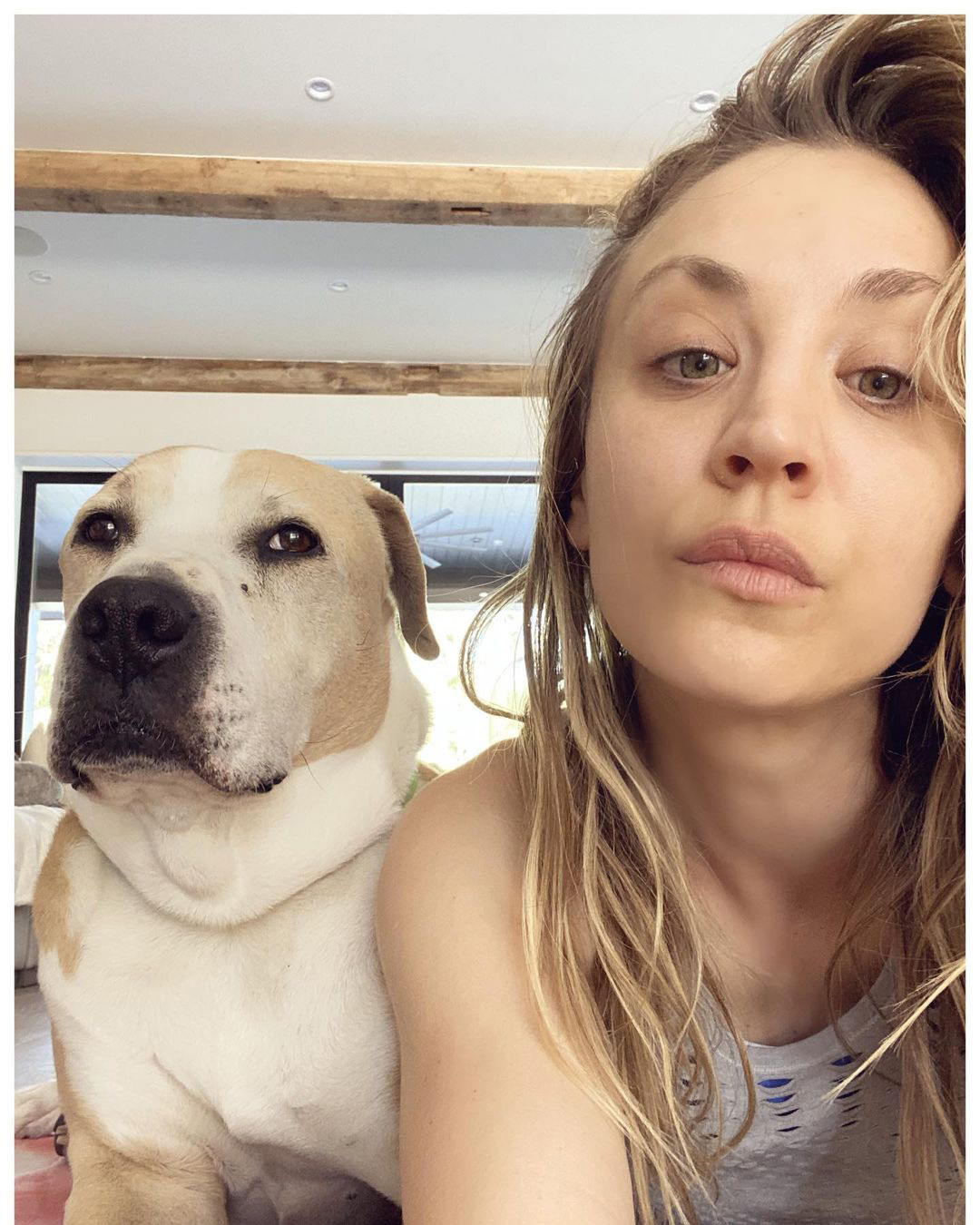 The actress has been mourning the loss of her dog, Norman, of 14 years as she called the tragedy “earth-shattering.”

The Big Bang Theory star is an outspoken animal lover and often shares snaps with her many pets on social media.

Following his passing, Kaley thanked fans for their support and said: “I just wanted to say thank you to everybody. I can’t believe the outpouring of love I received in regards to Norman.

“I didn’t realize so many people loved him as much as I did.” 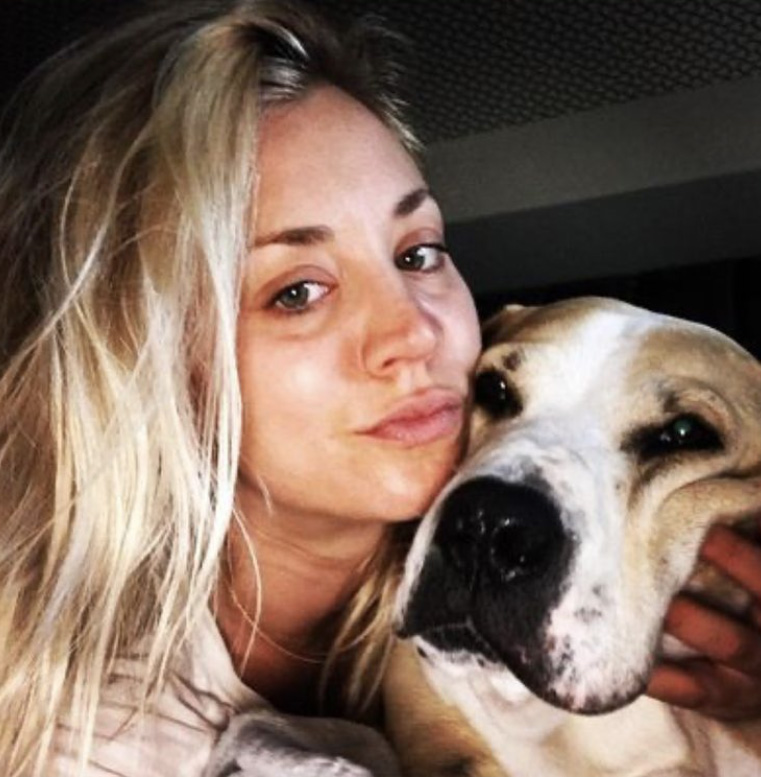 She claimed she had run out of tearsCredit: Instagram

She continued: “I read all your comments today. People sent flowers and text messages and phone calls and I can’t tell you what that’s meant to me.

“It’s really gotten me through today.”

The actress added: “I think I might have run out of tears at this point.

“You know when you cry so much that you actually don’t notice if you’re crying anymore? That’s kind of what today was.”

“I hope you know that it means the world to me.”