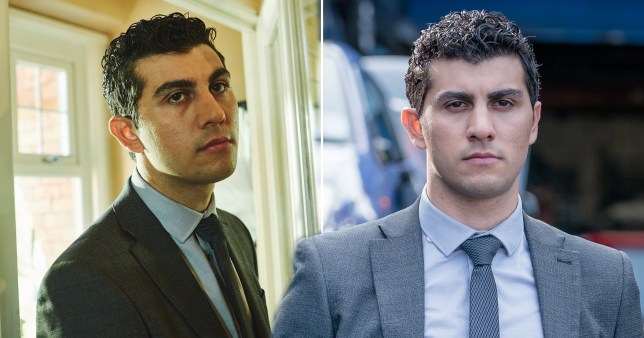 You never know… this may not be the end of Med Kharim on The Bay (Picture: ITV)

Warning: spoilers ahead for series two episode four of The Bay.

The Bay star Taheen Modak has addressed the possibility of his character Med Kharim returning for series three after the police officer’s ‘brutal’ death.

At the end of last week’s episode, viewers were left on the edge of their seats as they witnessed Med being hit by a car and left to die in the street after visiting suspicious properties connected to Stephen Marshbrook (Stephen Tompkinson), whose murder is being investigated.

While many members of the audience were undoubtedly hoping Med’s life could be saved, in the opening scenes of episode four, he is confirmed dead at the scene as his devastated colleagues Lisa Armstrong (Morven Christie) and Tony Manning (Daniel Ryan) watch on helplessly.

Med’s death will have come as a huge shock to many people, who would have hoped they would see him progress further in his promising career as a FLO (family liaison officer). But is there some way he could come back?

During a recent conversation with Metro.co.uk over Zoom, Taheen was asked whether he believes Med could appear in the crime drama in the future in a flashback sequence.

‘Do you know what, I haven’t thought about that at all you know. Oh my… that’s great. That’s a great idea,’ he said, clearly excited by the notion. 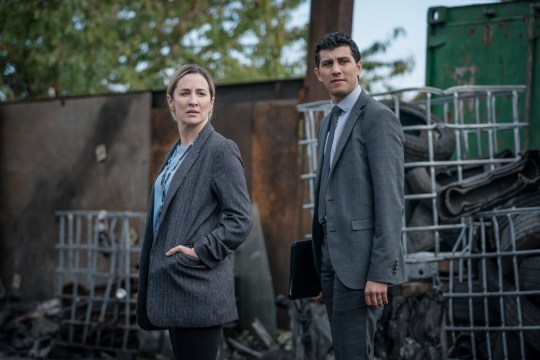 Lisa and Med made quite the team (Picture: Ben Blackall)

While Taheen admitted that he hasn’t thought about it over the past year, what with other jobs coming up and the pandemic, now that it has been suggested to him, he thinks a ‘flashback sounds great’.

You heard it here first, folks.

Over the past few weeks, the Two Weeks To Live star has ‘enjoyed’ seeing how people have responded to Med’s death in The Bay, saying that he feels ‘chuffed’ that viewers can ‘relate’ to the character.

However, one person who had an extremely adverse reaction to the storyline was his mum, who had no idea it was coming when she watched the episode.

‘My mum called me crying because I didn’t tell her that I died in the show,’ Taheen recollected, explaining that he kept Med’s fate a secret from almost everyone in his life for ‘over a year’. 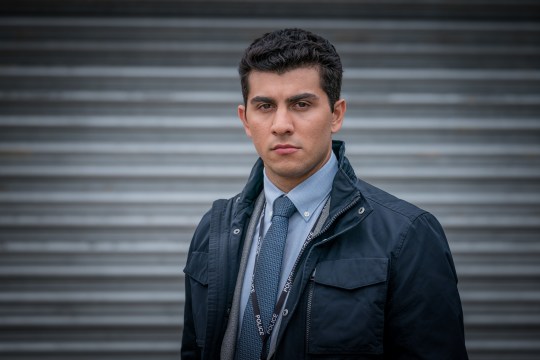 Med had come a long way since series one of The Bay (Picture: ITV)

‘I didn’t prep her so she was completely unaware that I was about to get smacked at the end of episode three,’ he said, imitating his mum crying over the phone.

His dad, on the other hand, had a completely different response.

‘So my mum watched it once, called me and cried. My dad rewound it again and again and again, because I told him loads of stories about it,’ Taheen explained.

‘So the two reactions were quite funny – my mum crying and my dad like, “Let me see that again. I’m going to watch that one more time. And one more time.” That was funny.’

While Taheen was aware that Med was going to have some sort of exit in series two, he had no idea it would be by death before reading the script.

The actor was understandably taken aback by the ‘brutal’ nature of Med’s murder. But in retrospect, Taheen is glad that his character dies in such a shocking way. 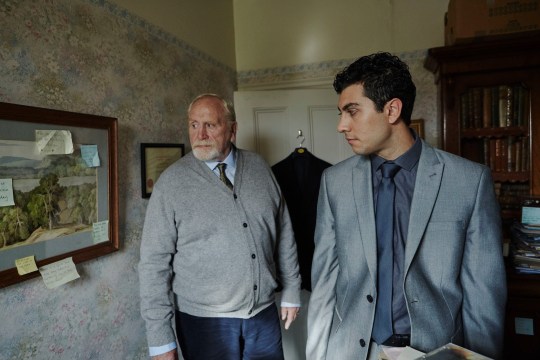 ‘It was kind of nice because I thought, “If I’m going to go, I want to go in style. I want to go big.” It was a great way to go to be honest,’ he admitted.

Comparing it to some of the memorable death scenes in shows like Game of Thrones, he added: ‘If you’re going to go, you don’t want to just walk off and not come back. It’s nice to have a bit of an exit.’

Med’s death wasn’t the final scene that Taheen filmed, which meant that his experience on set ‘didn’t end on a sad note’.

Nonetheless, the actor remembers feeling particularly emotional while filming Med’s death and watching the reactions of his co-stars Morven and Dan.

‘I remember being really emotional, lying on the floor, and thinking, “Oh man, I’ve loved playing this character so much”,’ he said.

‘I was watching at certain points while I was on the floor, getting to peep at certain little moments, and it was quite emotional, because we built up a connection as a team, a really tight team. There was a bunch of us, we had so much fun together.

‘So watching [Morven and Dan’s] reactions to that character, it felt like a little bit more than just a character in a show dying, but also one of your mates leaving the show as well. So it was quite emotional to film, but luckily it wasn’t the last thing that I filmed. I didn’t cry then.’

The Bay returns next Wednesday at 9pm on ITV and is available to watch on ITV Player.