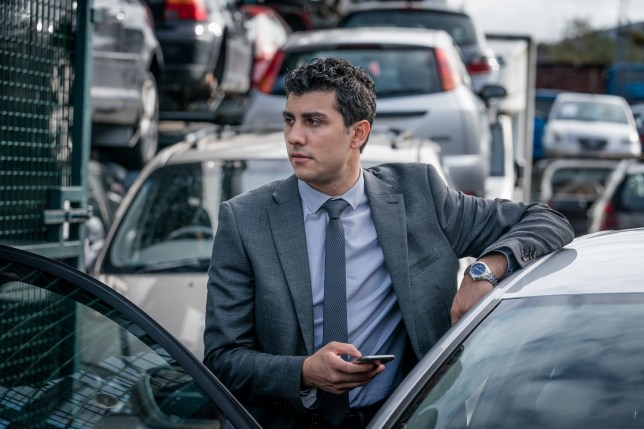 Med is on the phone to Lisa when the incident occurs (Picture: ITV)

Warning: spoilers ahead for The Bay series two episode three.

The end of the latest episode of The Bay in series two features one of the crime drama’s most shocking moments to date, as police detective Med Kharim (Taheen Modak) is left for dead after a hit-and-run.

It’s not yet known whether Med has survived, as the scene closes with Lisa Armstrong (Morven Christie) calling for emergency medical assistance, having overheard the incident on the phone.

In the lead-up to being hit by the vehicle, Med is investigating several properties recently purchased by a client of the Bradwell and Marshbrook family law firm, all of which sold for suspiciously high prices.

The investigation of these properties comes about while the police force are looking into the clientbase of the recently-killed Stephen Marshbrook (Stephen Tompkinson), in order to gain a sense of who could be behind his murder.

Not only do the police now have another mystery on their hands – one that is extremely personal to them – but they also have even more questions hanging over them about who wanted Stephen dead.

So who hit Med with their car, is he still alive… and how does this all feed back to Stephen’s murder? 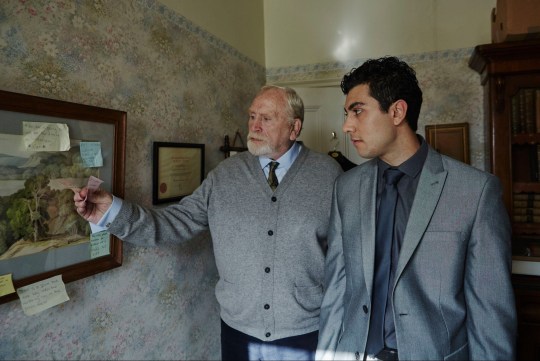 Who hit Med with their car?

While Med is on the phone to Lisa outside one of the properties, someone inside – who is not seen – can be heard spying on him, making it clear that they don’t want him snooping around their business.

It is evident that something dodgy is going on at the properties, particularly as they were sold for far more than their worth, as pointed out by Med’s wife Lateesha (Jade Greyul) at her estate agency.

In light of the fact that the first series exposed a drug ring in Morecambe, perhaps something similar could be going on? 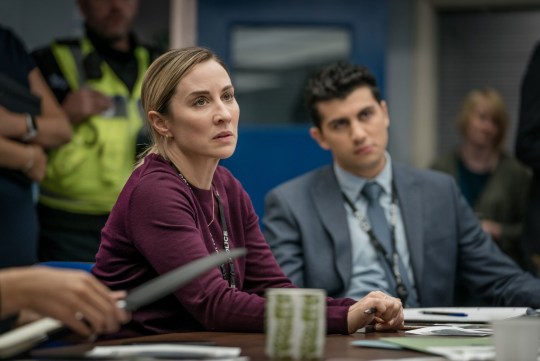 Lisa calls for medical help when she hears Med over the phone (Picture: Ben Blackall/ITV/REX)

The properties in question are part of the Bradwell and Marshbrook firm’s Breakwater account, which has already raised some eyebrows.

Earlier on in the new episode, Stephen’s brother-in-law Mark Bradwell (Steven Robertson) speaks to his father Bill Bradwell (James Cosmo) about the account, revealing that he burnt documents concerning Breakwater in the barbecue on the day that Stephen was killed.

Bill tells Mark that he did the right thing, arousing suspicion that the patriarch of the family knows more than he is letting on.

Considering Med was looking into an account that Bill clearly wants kept under wraps, is there any possibility that the elderly man could somehow be involved? Or could it be the owners of the properties trying to cover their own backs?

As one of the lead characters in The Bay since the very beginning, Med being hit by the car will have come as a hugely devastating shock to many viewers. 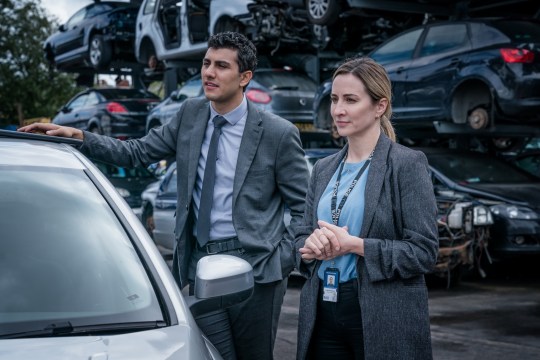 Med and Lisa work well together as a team (Picture: Ben Blackall)

There’s no way of knowing yet whether he survives the incident before continuing the series.

If you can bear to wait, you have a week before you may find out his fate.

Several fans expressed their shock over the ending and their hope that Med is still alive.

‘Just gasped so dramatically at #TheBay that my cat woke up and looked outraged at the disturbance. Wasn’t expecting that ending!’ one person tweeted.

‘Frigging hell! What a cliffhanger!!!’ another remarked.

What other clues have been revealed about Stephen’s murder?

As the police delve deeper into Stephen’s personal and professional life, they come to realise that his world wasn’t as picture perfect as it may have seemed.

From fragmented relationships with his son Jamie (Jack Archer) and his estranged daughter Grace (Amy James-Kelly) to potential affairs behind his wife Rose’s (Sharon Small) back, Stephen definitely doesn’t appear to be the all-round family man he has been painted as. 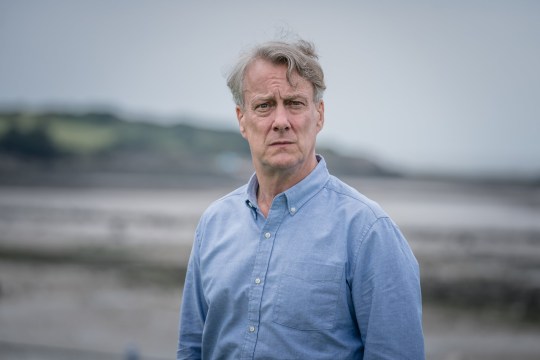 How does this all link back to the murder of Stephen Marshbrook? (Picture: Ben Blackall)

The police force discover that Stephen was recently exchanging messages with an unknown individual, who demanded that he give them ‘what they want’.

With a rendezvous scheduled at a hotel, the detectives decide to see whether the unknown person will turn up, on the off chance that they haven’t heard about Stephen’s death.

Elsewhere on The Bay, Lisa’s ex Andy (Joe Absolom) is trying to integrate back into her and her children’s lives, with the four of them going out for an awkward meal together.

Despite an offer from Lisa’s mother of £5,000, Andy seems set on staying put in Morecambe. But is he being upfront with Lisa, or does he have another agenda?

The Bay airs on Wednesdays at 9pm on ITV and is available to watch on ITV Player.

Gleb Savchenko, Cassie Scerbo Are on a ‘Break’ Amid His Divorce