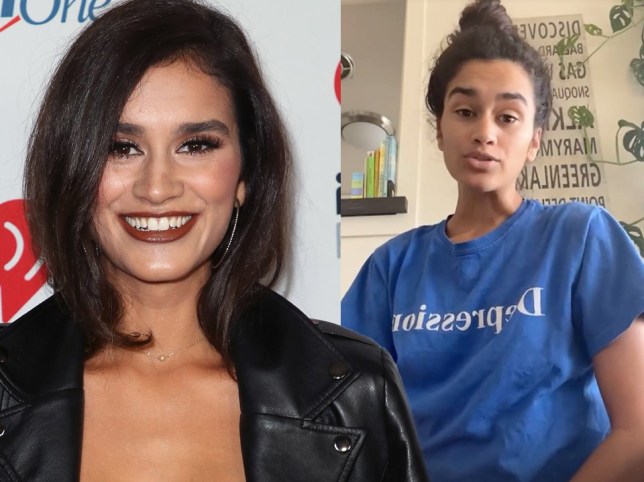 The Bachelor has found itself in hot water yet again.

Shortly after host Chris Harrison stepped down from the show following Rachael Kirkconnel’s alleged past racist behaviour, a series of highly insensitive tweets from former contestant Taylor Nolan have resurfaced.

In the offending tweets shared between 2011-2012, the 27-year-old allegedly shared a series of fat-phobic and homophobic slurs while also taking aim at several minority groups such as Jews, Indians and Asian Americans.

Taylor, who starred on Nick Viall’s season of The Bachelor in 2017, immediately took to her Instagram Stories on Sunday to apologise for the ‘hurtful and ‘s*****’ tweets.

Alongside a lengthy video addressing the matter, Taylor wrote in the caption: ‘To my fellow BIPOC community and the other folks who I harmed in those tweets, I see you, I hope you see me, we are in this together, and I’m sorry I didn’t always stand with you.

‘I’m sorry I centered my whiteness and the whiteness around me. I’m sorry I wasn’t better then, but I am here now and will always be.’ 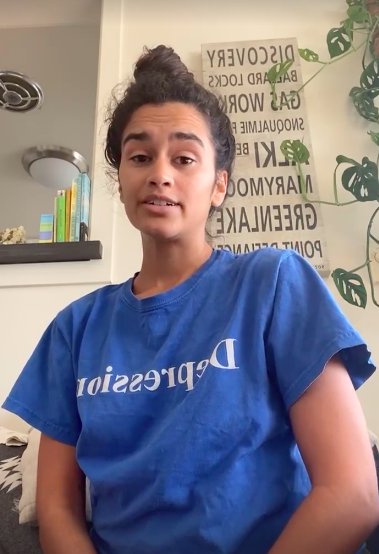 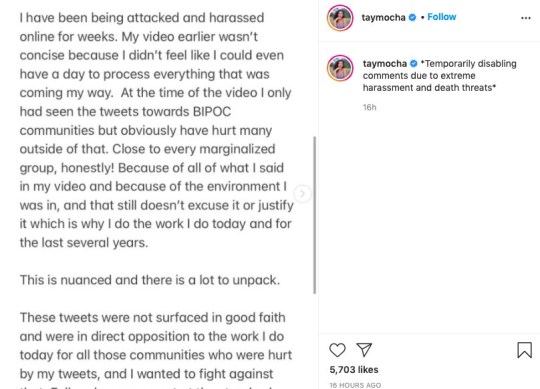 Taylor, who starred on Nick Viall’s season of The Bachelor in 2017, apologised for the ‘hurtful and ‘s*****’ tweets (Picture: Taylor Nolan Instagram)

The mental health counsellor also addressed her podcast Let’s Talk About It, in which she has previously brought to light various matters BIPOC contestants are forced to deal with on The Bachelor.

Speaking of her previous tweets, she wrote: ‘I want to be clear that they don’t take away from the work I do today, they are literally how I got here to doing this work. 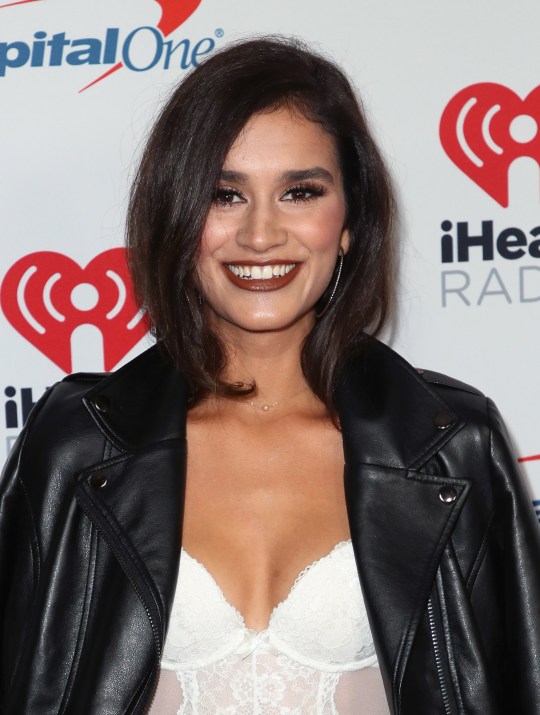 Taylor has since deleted her apology video on her Instagram grid and switched off her comments after receiving ‘extreme death threats’ (Picture: FilmMagic)

‘If you’re gonna take the time and energy to scroll through ten years of my tweets, then please take your time to listen to this video. I never deleted those tweets for a reason because they’ve been a part of my journey since way before going the bachelor.’

Taylor added: ‘I hope you can consider giving me some of grace you push so hard for white bachelor alum to receive for things they have in the recent past or present time said and done that were harmful… for the work I’ve been doing the last ten years and currently to unpack internalised racism and fight against things like fatphobia and white supremacy.’

Former reality star Taylor has since deleted her apology video on her Instagram grid and switched off her comments after receiving ‘extreme death threats’.