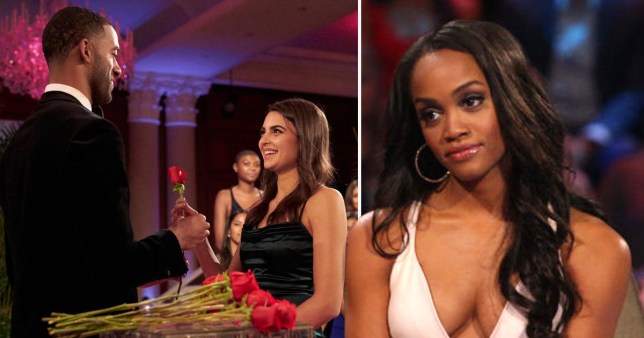 The Bachelorette star Rachel Lindsay has revealed she is waiting for Rachael Kirkconnell to speak out about the ongoing backlash she is facing after allegations of ‘racist’ behavior.

The Bachelor contestant might be the rumored winner of Matt James’ season, but she is getting backlash online over claims she previously bullied a peer for dating a Black man.

Unearthed social media posts and likes found by fans has also led to the claiming the 24-year-old star is guilty of cultural appropriation and supporting those who believe in Donald Trump’s MAGA sentiments.

As the first Black female lead in the Bachelorette franchise’s history, Rachel had to deal with a similar experience after racist and sexiest tweets allegedly sent out by contestant Lee Garrett surfaced online.

Speaking to Bustle about Rachael’s situation, she said: ‘I have absolutely seen [them]. We don’t know how far Rachael makes it. [But] we know that Matt really is into her and told her he’s falling in love with her.

‘[So] the fact that this information is out there, whether it’s true or not, it needs to be addressed for Matt’s sake.’ 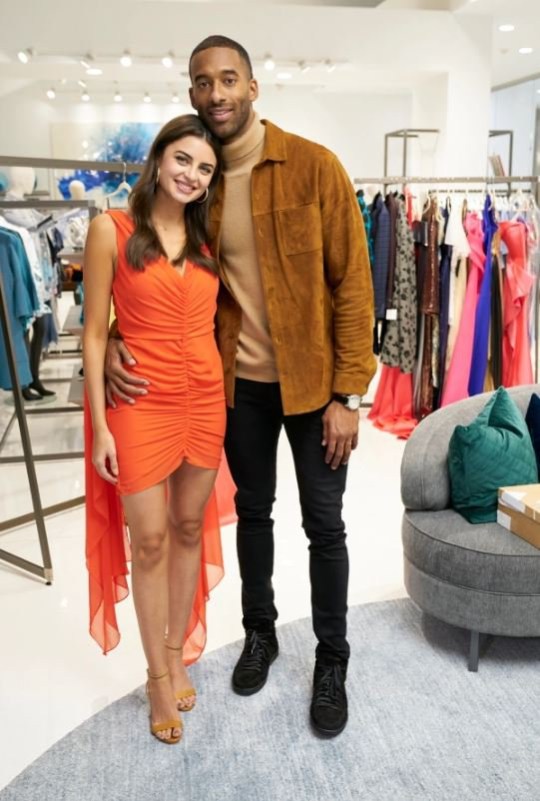 The Bachelorette star is not able to speak out about the claims until her time on the show is over on-screen (Picture: ABC)

Meanwhile, The Sun claims Rachael has received death threats amid the online backlash, which is also affecting her family members.

Bachelor contestants are usually unable to address allegations while they’re still on the show. 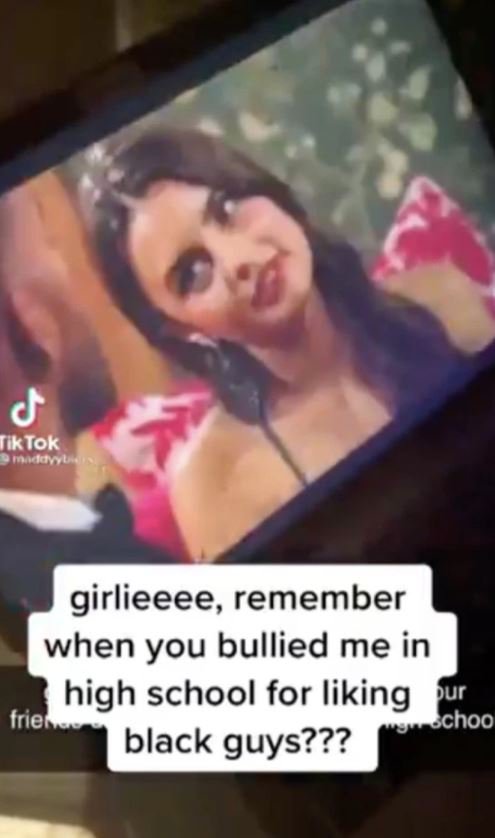 However, she has faced accusations of bullying a former school mate for dating a black man (Picture: TikTok)

However, Matt spoke out in Rachael’s defense as he told Entertainment Tonight: ‘I have not spoken to anybody since the show ended, but I would say that you have to be really careful about what you are doing on social media.

He added: ‘There’s a lot of stuff going around about the women that were involved in the show.

‘I would just give them a chance to kind of have their piece, whether that is someone who was gone night one or someone who went home last night. Everyone has a story, and I would just be receptive to that.’

Metro.co.uk has reached out to ABC for further comment.