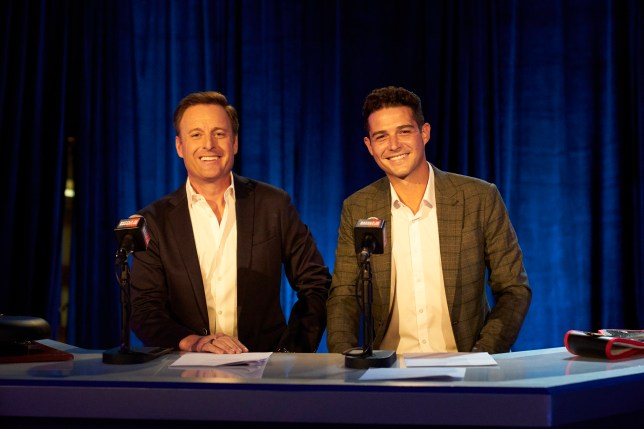 The Bachelor fans have voted Wells Adams as their top choice to replace Chris Harrison on Matt James’ After the Final Rose special.

Long-term host Chris was forced to ‘step away’ from his role amid backlash over his comments while trying to ‘defend’ contestant Rachael Kirkconnell after she was accused of racist actions in the past.

In his apology, Chris confirmed he would not be hosting the After the Final Rose special and fans have been throwing plenty of names in the hat to replace the TV presenter.

In a Metro.co.uk poll, Bachelor in Paradise barman Wells was the favorite choice to step in for Chris – securing 28% of the vote.

Wells is a Bachelor Nation favorite thanks to the fact he’s the bartender on Bachelor In Paradise.

Before that, he appeared on JoJo Fletcher’s season of The Bachelorette so the reality star knows exactly how the show works and would be able to ask all the questions that the fans want to hear.

The fact he’s engaged to Modern Family star Sarah Hyland also means he knows what it’s like to have your love in the limelight and can give some great advice.

The former Bachelorette lead and Bachelor contestant has already stepped in for Chris in the past after she filled in during Tayshia Adams’ season of The Bachelorette last year.

JoJo temporarily took over for two weeks while Chris had to quarantine so it would make sense for her to help out again this year.

She is currently engaged with her beau Jordan Rodgers, so she’d also be able to give great advice to Matt and his chosen lady.

The lawyer turned TV personality has hosted or co-hosted multiple episodes of The Drive, Ghosted: Love Gone Missing, and The Real so she could easily step in for Chris.

As the first-ever Black female lead on The Bachelorette, Rachel knows all about the franchise and would also be able to cover the tough questions surrounding Matt James’ season.

However, the star recently stated she wants to take a step back from Bachelor Nation after her uncomfortable chat with Chris Harrison about Rachael Kirkconnell’s racism scandal.

Mike Johnson is a big fave in the world of Bachelor Nation, so much so that many wanted him to be the first Black male Bachelor lead.

The fact he lost out to Matt James’ wouldn’t stop him from being a great choice to interview Matt in the After the Final Rose special.

The charismatic star has hosted Fox’s digital web-based short series, That Looks Good, so he’s got the experience to run the show.

If ABC needs to find a qualified TV host in a pinch that is already under contract, Robin Roberts would be great choice.

The veteran newscaster and anchor of Good Morning America on ABC, is no stranger to the Bachelor world, having interviewed many leads and contestants on the morning news show.

Indeed, the award-winning host would also be able to use her pro experience to tackle the hard-hitting conversations that might be needed.

Nick Viall is another Bachelor franchise staple having appeared on The Bachelorette twice, Bachelor in Paradise, and the Bachelor.

He’s stayed up to date on all things Bachelor with his podcast The Viall Files and he’s not afraid to speak out on the show’s issues.

In response to Chris’ comment backlash, he wrote on Instagram Story: ‘After seeing Chris’s very disappointing and harmful interview with Rachel, I have spent the past two days speaking with many people from Bachelor Nation including those involved.

‘This is a teachable moment for us all. It can be uncomfortable to recognize our own ignorance, but without recognition, there can be no accountability and growth.’

As the most recent lead on The Bachelorette, Tayshia is a familiar face that fans will be happy to see (especially if she gives updates on her own relationship).

But she also has three seasons of experience within the franchise so she’s no stranger to ABC’s protocols.

Having previously co-hosted on Entertainment Tonight, Tayshia definitely has all the tools needed to step in for Chris.

The Bachelor airs Mondays on ABC in the US, and is available to stream on hayu in the UK.