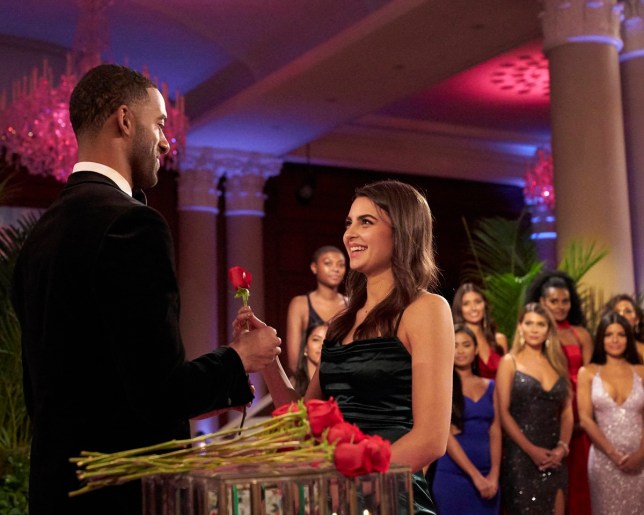 The Bachelor’s Rachael Kirkconnell, the frontrunner in Matt James’ season, has apologized for past ‘racist’ behavior (Picture: ABC/Getty Images)

The Bachelor contestant Rachael Kirkconnell broke her silence to apologize for resurfaced pictures which fans claimed to show ‘racist’ behavior.

The 24-year-old reality star shared a candid apology statement on Instagram as she held herself accountable for her past actions.

Kirkconnell – who is rumored to win Matt James’ heart in the current season – has faced accusations of racism since last month, when photos surfaced of her attending a fraternity formal with an antebellum plantation theme in 2018.

Elsewhere, a TikToker made an unverified accusation that Kirkconnell and her friends had bullied the girl in high school for dating a Black guy.

Taking to social media on Thursday, Kirkconnell wrote: ‘While there have been rumors circulating, there have also been truths that have come to light that I need to address. I hear you, and I’m here to say I was wrong.

‘At one point, I didn’t recognize how offensive and racist my actions were, but that doesn’t excuse them. My age or when it happened does not excuse anything. They are not acceptable or okay in any sense. I was ignorant, but my ignorance was racist.’ 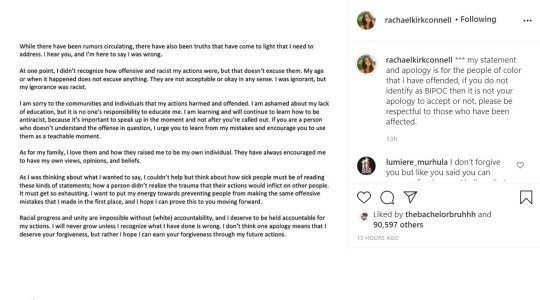 The Georgia native admitted she had been ignorant about the implication of her actions (Picture: Instagram/Rachael Kirkconnell)

She continued: ‘I am sorry to the communities and individuals that my actions harmed and offended. I am ashamed about my lack of education, but it is no one’s responsibility to educate me.

‘I am learning and will continue to learn how to be antiracist, because it’s important to speak up in the moment and not after you’re called out. If you are a person who doesn’t understand the offense in question, I urge you to learn from my mistakes and encourage you to use them as a teachable moment.’ 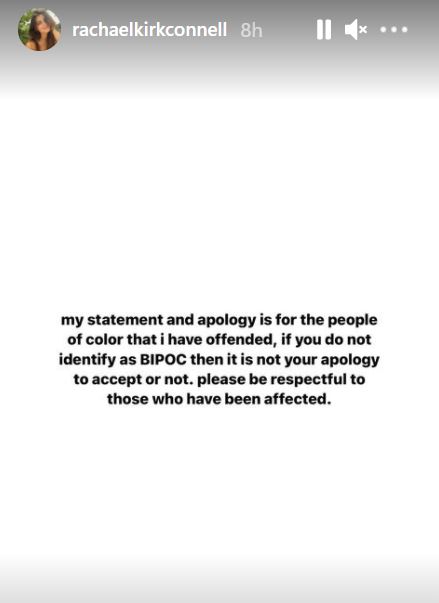 The 24-year-old claimed her age was not an excuse for ‘offensive’ behavior (Picture: Instagram/Rachael Kirkconnell)

The Georgia native added: ‘As for my family, I love them and how they raised me to be my own individual. They have always encouraged me to have my own views, opinions, and beliefs.

‘As I was thinking about what I wanted to say, I couldn’t help but think about how sick people must be of reading these kinds of statements; how a person didn’t realize the trauma that their actions would inflict on other people. It must get so exhausting. I want to put my energy towards preventing people from making the same offensive mistakes that I made in the first place, and I hope I can prove this to you moving forward.’ 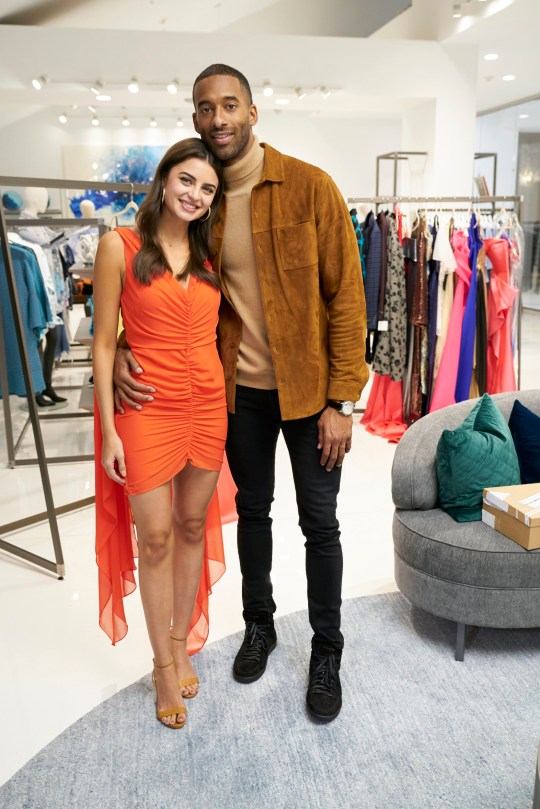 Matt James has made history as the first Black lead of The Bachelor franchise (Picture: Craig Sjodin/ABC via Getty Images)

She then concluded: ‘Racial progress and unity are impossible without (white) accountability, and I deserve to be held accountable for my actions. I will never grow unless I recognize what I have done is wrong.

The reality star added a further message for those who may claim she didn’t need to apologize: ‘My statement and apology is for the people of color that i have offended, if you do not identify as BIPOC then it is not your apology to accept or not. please be respectful to those who have been affected.’

The Bachelor airs Mondays on ABC, and is available to stream on hayu in the UK.

Djokovic vs Fritz LIVE SCORE: Play suspended as fans are KICKED OUT