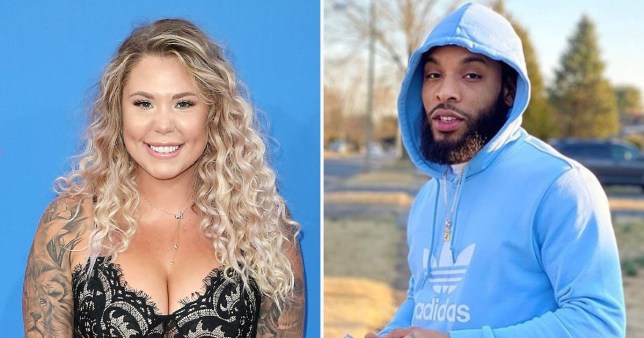 Teen Mom star Kailyn Lowry has opened up about suffering a miscarriage with her ex Chris Lopez during their relationship.

The reality star – who shares two sons with her ex – got candid on her podcast, Baby Mamas No Drama with Vee Rivera, as she tried to explained why she wanted to continue having children with Chris.

The mother-of-four said: ‘For the listeners who do not understand my wanting to include Chris in things or wanting to have a second child by him… what is it about relationships with men or relationships in general.

‘It could be with women I guess or having children with him, whatever that looks like, and still wanting to include them even though they’ve made us cry, they’ve broken up with us, they’ve done x,y, or z, lie, they do whatever… and we want them to be involved with these children that we’re having.’

She continued: ‘I ended up pregnant not once, not twice, but Chris and I had a miscarriage before…

‘Through all the s**t, maybe he would pick me kinda… not pick me over the child… like not in a way like I’m going to get pregnant so he loves me… I am pregnant so maybe this kinda will open his eyes.’

The 29-year-old also suffered a miscarriage during her marriage to Javi Marroquin.

At the time she told People: ‘I know that there are people that are going to talk about it, but I think at the end of the day I’m going to help more people by [being open] about it, so that’s what kind of keeps me going through the whole thing.’