Channel 4 viewers were delighted when Taskmaster returned for its 11th series recently, with Greg Davies and Alex Horne both coming back to take on presenting duties.

The gameshow sees guest stars attempt to complete a series of wild, random and downright bizarre challenges, attempting to get Greg’s coveted points.

For series 11, the gang have boasted an incredible line-up, including Charlotte Richie, Lee Mack, Mike Wozniak and Sarah Kendall.

Throughout the years, fans have tried their own hand at the tasks, with some varying results.

Thanks to coronavirus and lockdown measures, viewers have had to become more creative with their attempts, so we decided to take a look at the easiest – and more importantly, the funniest – tasks you can do from the comfort of your own home.

Taskmaster tasks to do at home

Draw back seems like the easiest task for bored people to do, but as we saw on series nine, it can go horribly wrong and spark chaotic rows.

The premise sees a contestant draw a picture on the back of another contestant – who then has to recreate their work of art on a piece of paper without communicating. It sounds simple enough however rarely actually goes right. But it’s great to watch the resulting meltdowns from the other side of a Zoom call.

Another task that sounds deceptively simple is to get a basketball through a hoop – without using your hands. If you don’t have a basketball or hoop, improvise with basically anything else in your house and a bucket or a bin.

Maybe don’t go down Nish Kumar’s route of trying to kick the ball in as it did not go well for him. 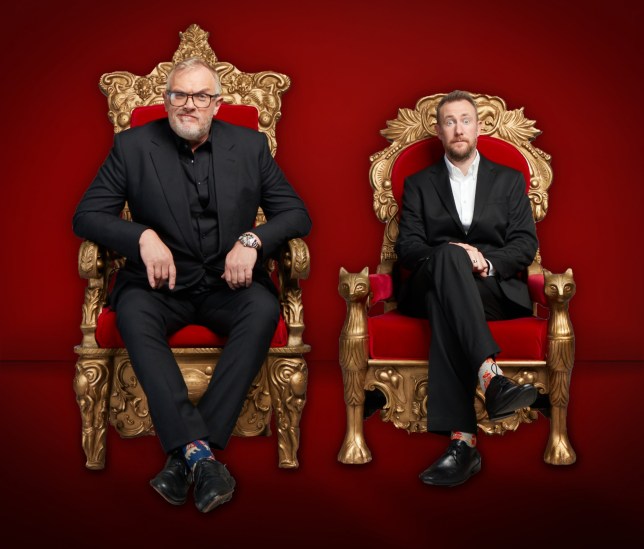 Taskmaster is as chaotic as ever in series 11 (Picture: Channel 4)

You know the concept of being told not to think about something, and then not being able to get that one thing out of your mind? That would not work well for the no blinking task, which basically does what it says on the tin.

Players must refrain from blinking for as long as possible, by whatever means necessary.

Anyone else’s eyes well up immediately while reading that?

In series five, the contestants were given three items – jelly, a twiglet and Weetabix – and were told they could eat one, throw one and balance one on a pole.

Obviously, this can be done with whatever food you have lying around but if it doesn’t have you screaming out in pure anger at the sight of a twiglet, we don’t know what will. 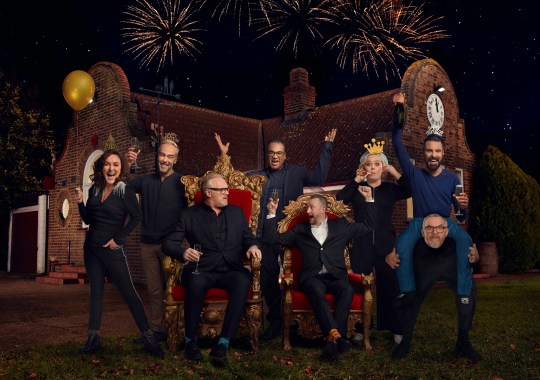 There have been some iconic Taskmaster scenes so far (Picture: Channel 4)

This starts out so purely – simply make the most exotic sandwich you can. As everyone runs to spread some custard, peanut butter and tuna on the nearest slice of bread, announce that they actually have to eat their creations.

Apologies in advance for all the vomiting noises…

Taskmaster is home to many egg-based games – to the point that show bosses could do a special. One of the easiest to recreate at home is to crack an egg, and fill the empty shells with your own sweat or tears. Happy, laughing tears, preferably.

Another egg-citing game is to see who can eat one the quickest. Extra points for speed, and points deducted if you can’t quite keep it down.

Let’s be honest, this should actually be quite simple as we’ve been glued to our screens for the last year, watching as much TV as possible.

The task splits contestants into teams as they come up with the best soap-style cliffhanger. Think ‘You ain’t my muvva’ but even more iconic…

We’ve all probably had at least one birthday in lockdown at this point, which means we’ve got some spare candles lying around.

Why not put them to good use by lighting a candle, sticking it in a cupcake and see who can blow it out from the furthest distance. It’s harder than you think but at least you’ll have a cupcake at the end of it.

Viewers have seen watermelons multiple times on the Taskmaster stage – but that’s because they’re delicious, which is definitely a change from some food offerings in the past.

The idea is simple – grab a watermelon and eat as much of it as you can in one minute. Will you go the ‘shovel all in’ method – or maybe try a straw?