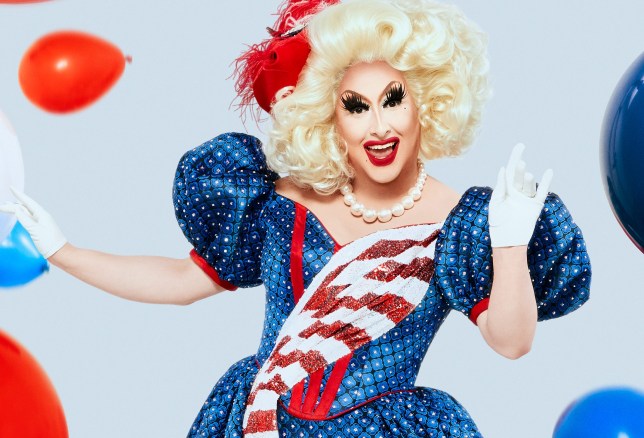 Sherry Pie was disqualified from Drag Race over her misconduct (Picture: VH1)

RuPaul’s Drag Race star Sherry Pie has apologised for the ‘pain and trauma’ they caused after catfishing multiple men.

Last year, the drag queen – real name Joey Gugliemelli – was disqualified and edited out of season 12 of Drag Race US after a number of men came forward revealing that they had been catfished by Sherry Pie.

The 28-year-old appeared on talk show Tamron Hall on Tuesday to apologise for his actions.

Gugliemelli, appearing out of drag in a video link from New York, said: ‘I first want to say, there are no allegations. I admit to my wrongdoings and, just beyond wrongdoings, just horrible behaviour.’

The performer said that he didn’t know if after his interview if more victims would come forward, adding: ‘I’m here to just apologise and I want to make that very clear. I understand now, in lieu of this year, how much pain I have caused. Some of these people, I wish I had the relationships through Covid and through all of this.

‘I just want to let the victims know and everyone else know that I am so sorry and I can’t even begin to imagine the pain and the trauma that I have caused.’

Gugliemelli said that since the men came forward last March, just after he had appeared in the second episode of Drag Race season 12, he had been ‘really deep in therapy’, and had discovered that he has borderline personality disorder (BPD).

The disorder’s symptoms can include impulsive behaviour, emotional instability and cognitive distortions, but Gugliemelli said he was not blaming BPD for his actions.

The queen said that he had reached out to three of his victims, and that one of them had asked not to be contacted again.

When asked about why he had catfished friends and acquaintances, Gugliemelli told Hall that it was about ‘control and fear’, and had never been about sexual gratification.

He said: ‘Most of these things ended up happening because of my immense fear of losing these people.

‘I didn’t know what to do to not lose these people, and that was my biggest fear.’ 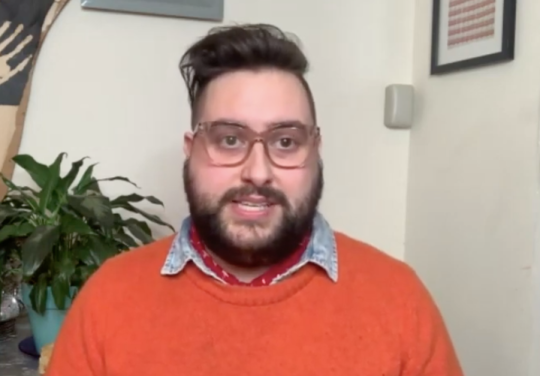 Hall’s interview caused controversy before it even aired, with many arguing that Gugliemelli shouldn’t be given a platform.

One of the victims, Ben Shimkus, tweeted: ‘Just so we are all clear on this, I spoke with producers at @TamronHallShow and told them that I and the 20 victims that I spoke to today DO NOT want them to air a segment with Sherry Pie. They’re going to air it despite the all of our requests.’

Fellow Drag Race season 12 queen Jackie Cox added: ‘I am publicly calling on @TamronHallShow to reconsider giving Sherry Pie access to the platform of national television to tell their side of the story without first speaking with the victims of her abuses and allowing them to weigh in on their own trauma.

‘Sherry manipulated these men into filming live sexual acts, putting their bodies in physical danger by coercing them to use steroids, and financially controlled them by encouraging these men to turn down paying jobs in lieu of the fake film project that Sherry created.’

However, Hall defended the interview, and said she would not be giving Gugliemelli a ‘free pass’.

She said: ‘It’s not giving away your platform, it’s called an interview. People who do bad things are interviewed. R Kelly comes to mind.’

Sherry Pie was one of 13 queens announced for the cast of Drag Race season 12, and initially made the final after impressing throughout the show.

However, after starring in the second premiere, the allegations of misconduct were made against the queen, and Sherry was largely edited out of the rest of the show.

She was not featured in the final, which was held virtually, and the crown was won by Jaida Essence Hall.

How to handle housemates who keep blocking up the drains

The famous men who have slept with THOUSANDS of women… but who’s bedded the most?