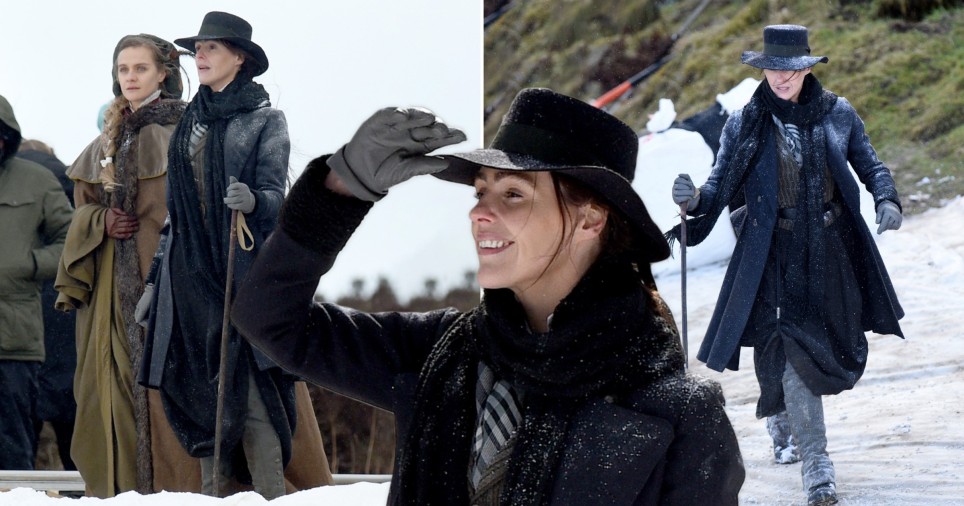 Suranne Jones was out filming Gentleman Jack in the snow (Picture: Mark Campbell/MCPIX)

Suranne Jones has been spotted filming Gentleman Jack in the snow, as production on series two steps up.

The actress was back in character as Anne Lister in period costume on location, as she put together new scenes for the BBC drama in Yorkshire.

Suranne, 42, stepped out in a black coat and a wide-brimmed hat, with the landscape of the Moors covered in snow for the scene.

The long-awaited period drama is drawing closer, two years after the first series drew to an emotional close, and there are still plenty of unanswered questions for fans to ponder.

Gentleman Jack, from Last Tango in Halifax and Happy Valley creator Sally Wainwright, focuses on landowner Anne, who in the first series began a romance with another woman. 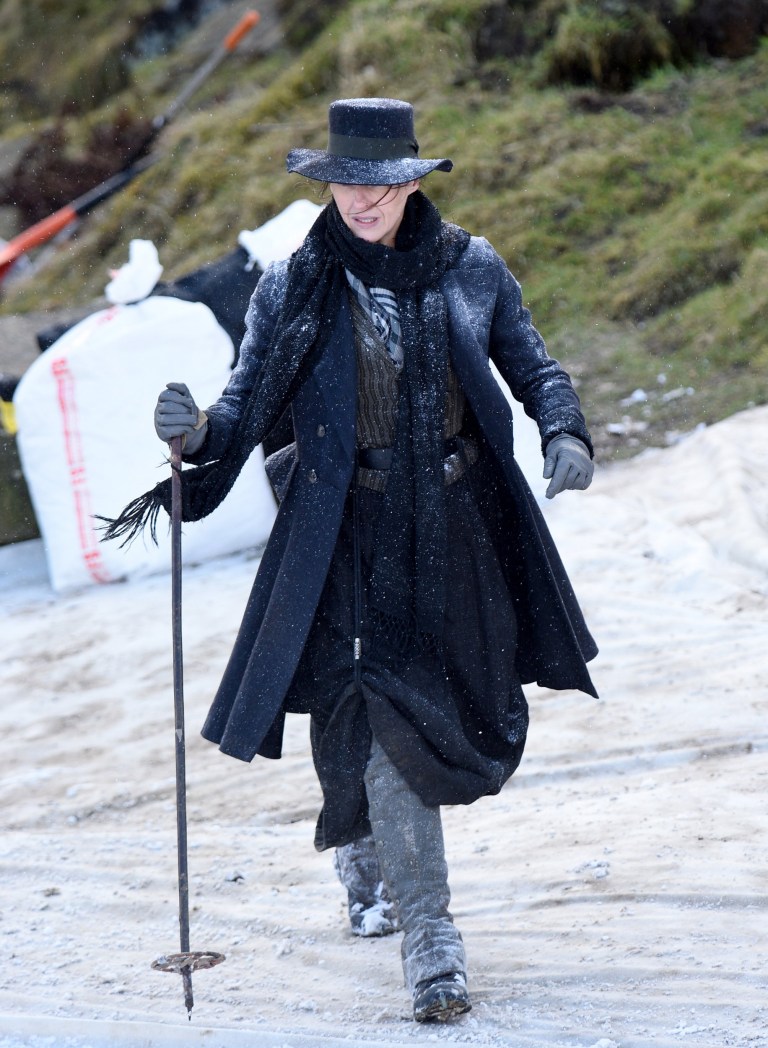 The actress stepped out in period costume (Picture: MCPIX) 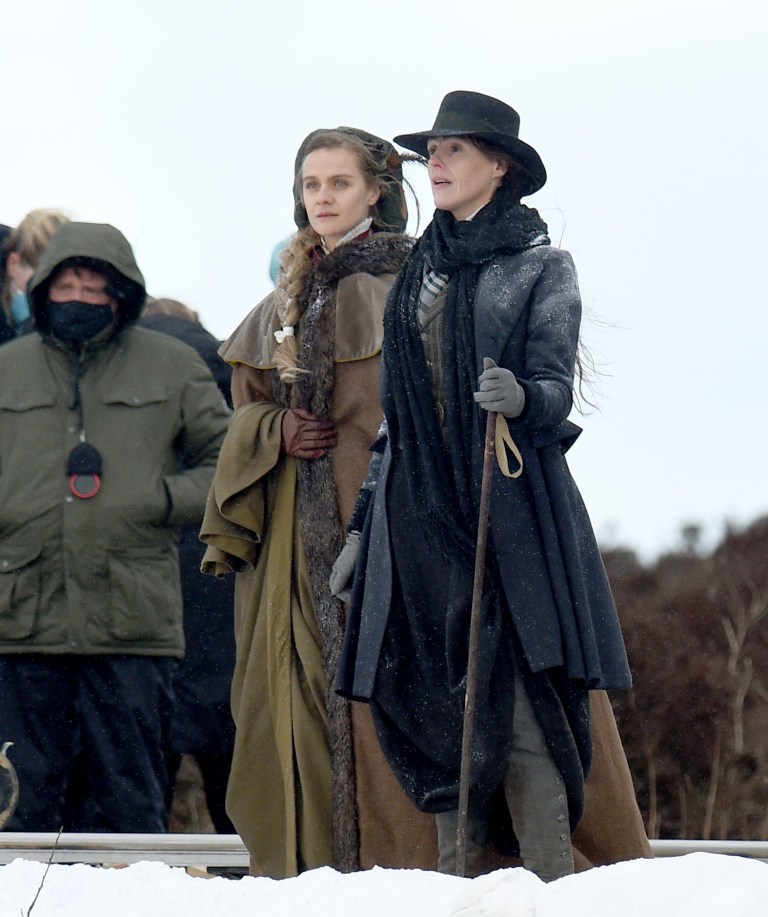 The drama, based on the true story of real-life diarist Anne Lister, is set in Yorkshire in the 1830s.

The series one finale stole our hearts, with the drama’s two heroines running off into the sunset together to be married. In the new episodes, the pair move in together at Shibden Hall and embark on a new life together.

The second chapter of Gentleman Jack was confirmed back in May 2020, with Suranne saying at the time: ‘I’m so thrilled that I will be joining Sally Wainwright on the second part of Anne’s journey. We always dreamed there would be more and now we get to play it all out.’ 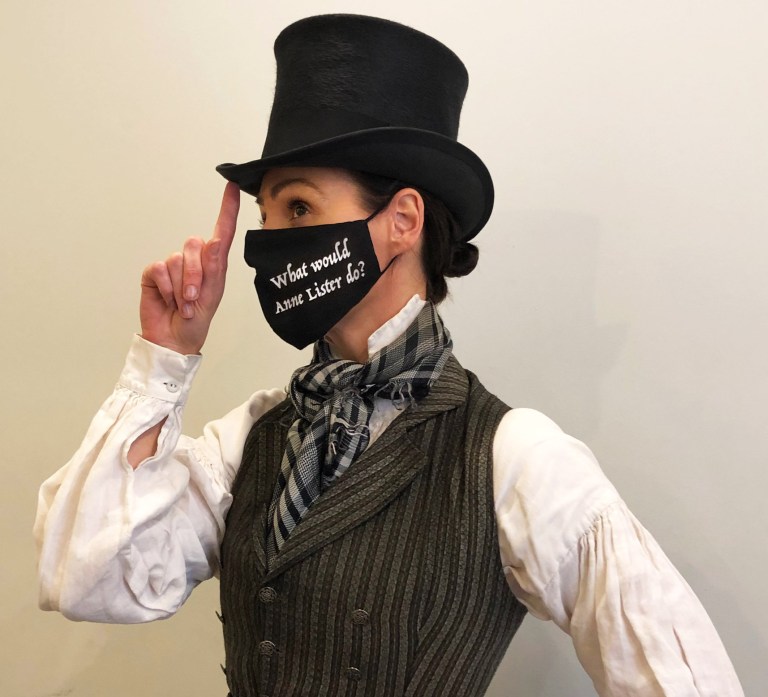 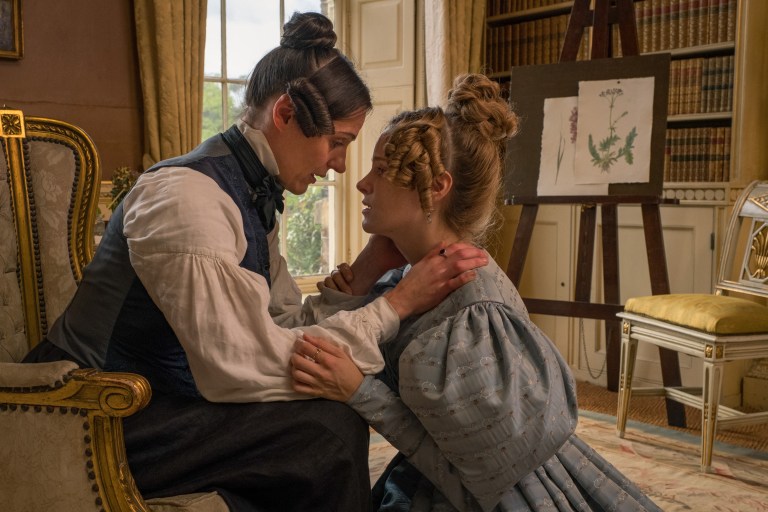 The show began filming new episodes in early November 2020. Speaking about being back on set, the show’s creator Sally Wainwright told the BBC: ‘I’m more thrilled than I’ve ever been about anything that we’re returning with a new series of Gentleman Jack.

‘We’ve had such an extraordinary response from so many viewers all over the world about the first series, and I can’t wait to show them what we’ve come up with this time.’

Gentleman Jack series two has yet to receive a release date.

Gentleman Jack series one is available to watch on BBC iPlayer