SUNDAY Brunch viewers got a shock this morning when they saw ‘angry’ Jimmy Carr.

The comedian is a regular on TV and known for his trademark suits and angry expression which are part of his signature look as much as his quick one liners. 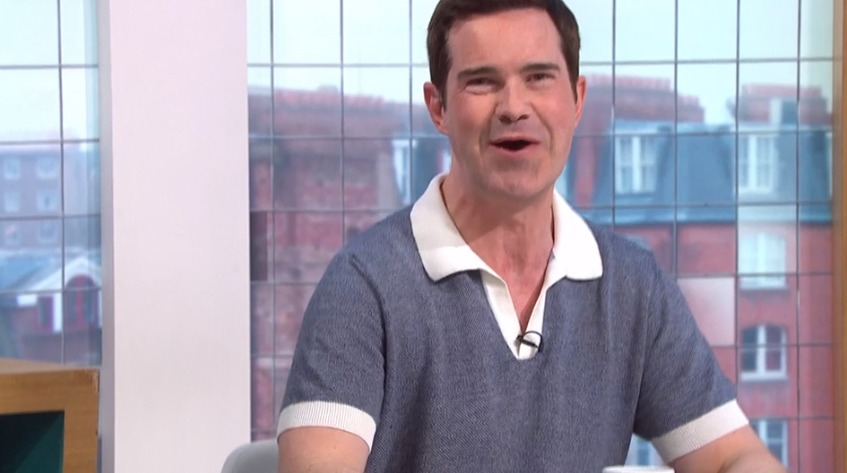 But the 8 Out of 10 Cats presenter turned up in casual wear and no makeup confusing viewers of the Channel 4 morning show.

Jimmy blamed his bizarre appearance on a lack of a makeup artist and being hungover to the show’s affable hosts Tim Lovejoy and Simon Rimmer saying: “There’s no makeup artist and I’m hungover right now if I’m honest with you but I think that’s all the guests feel.”

“How are we not allowed makeup – the makeup people need to eat too,” Jimmy sharply retorted. 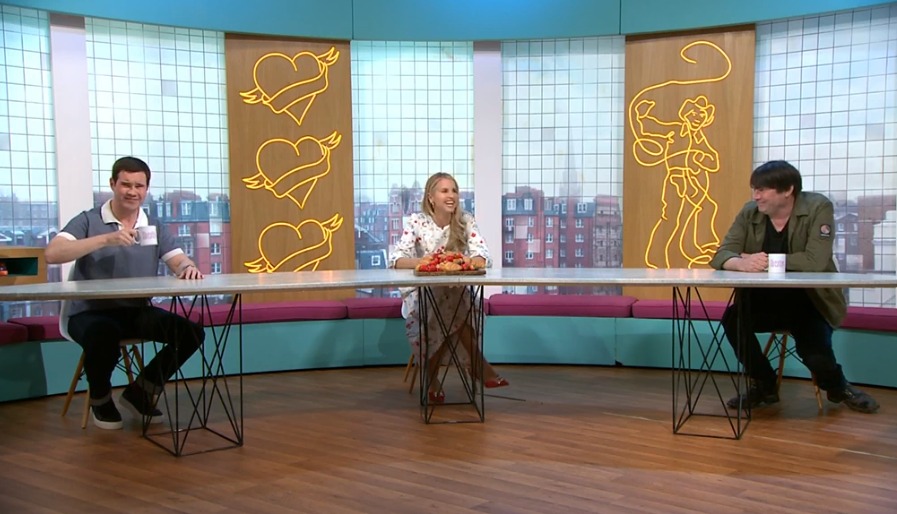 “They need their jobs back. You’ve got the camera people.

“They can be replaced by machines and you know it.”

Jimmy was on the show alongside Vogue Williams and Blur’s Alex James to discuss his BBC One programme I can See Your Voice.

“I’m a little bit hungover yeah just because it was the first Saturday you could actually go out and book a restaurant and when you eat outside in a restaurant garden it’s a little bit chilly so I went onto spirits way too early,” he explained. 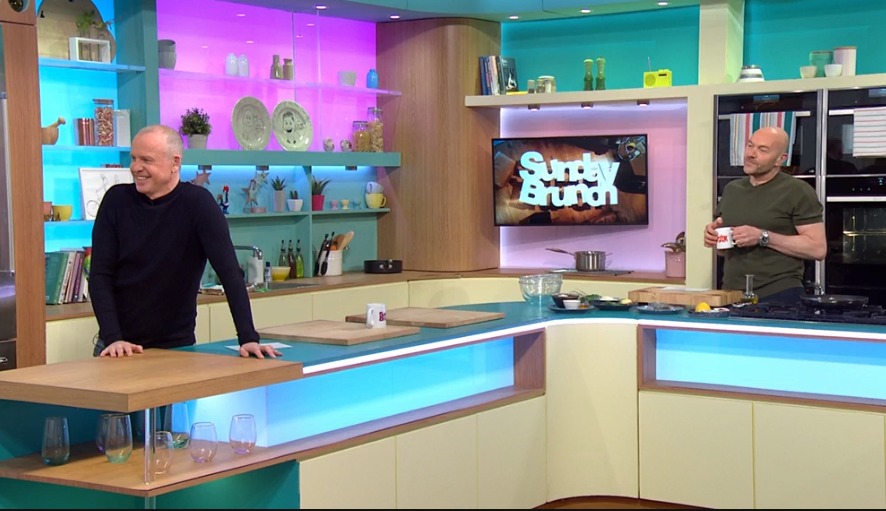 “Jimmy Carr hanging like a bat with no makeup on is making my morning,” tweeted one.

Another said: “Jimmy Carr looking like a human being and not an android for a change I can’t believe it.”

And a third wrote on twitter under the hashtag #sundaybrunch, “Jimmy carr not wearing a suit” followed by a monkey with his eyes covered. 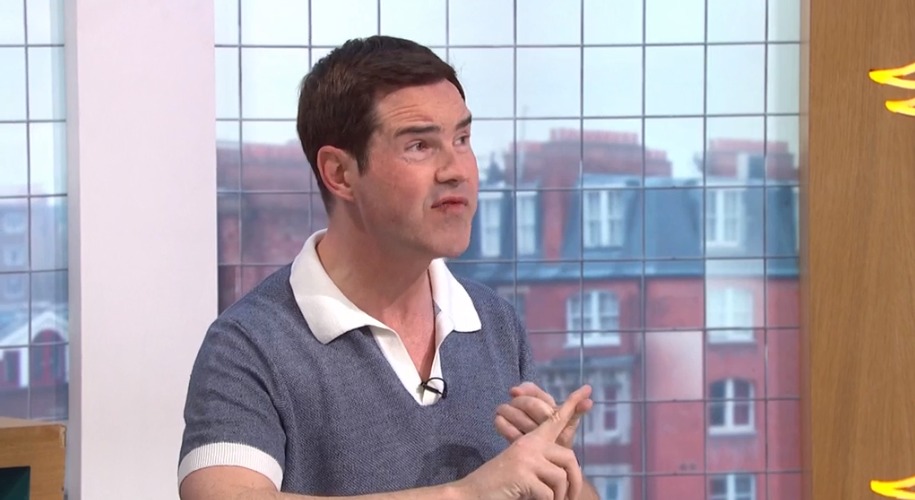 Jimmy listed off the reasons for his unusual appearance

Last summer Jimmy underwent a hair transplant and had his teeth fixed as well as getting Botox treatment.

The 48-year-old said as well as these tweaks he has also been exercising lots and taking lots of protein pills and vitamins.