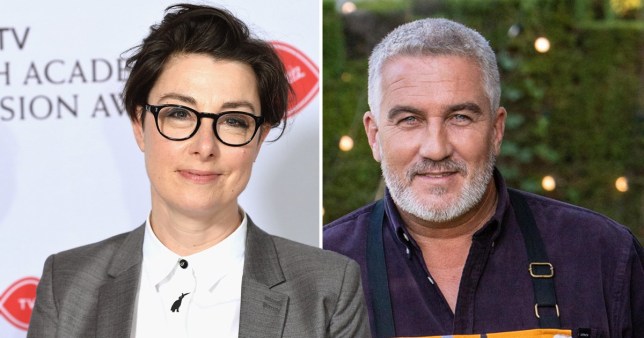 Sue talks about the playful ‘violence’ behind the scenes (Picture: Getty; Channel 4)

Sue Perkins has talked about her relationship with Paul Hollywood during her time on The Great British Bake Off, revealing that she once ‘smashed a baguette into his b******s.’

The comedian hosted the show with Mel Giedroyc from 2010 to 2016 before quitting as the series was bought by Channel 4, appearing alongside the celebrity baker during that time.

Sue spoke about the friendly interaction she enjoyed with Paul behind the scenes – which involved hitting each other with plastic baguettes in the Bake Off tent.

‘For a while, Paul and I only spoke through the medium of violence,’ Sue joked on the Off Menu Podcast with Ed Gamble and James Acaster.

‘Early doors, there were a lot of props – quite life-like plastic baguettes. We would appear and really hard, I’d smash a cob into his b******s… he’d appear and just uppercut me with a baguette.’

She added: ‘What I loved about it, is that we formulated a plan to do that. It just emerged. I don’t know if there was some bristling sexual tension underneath it.’ 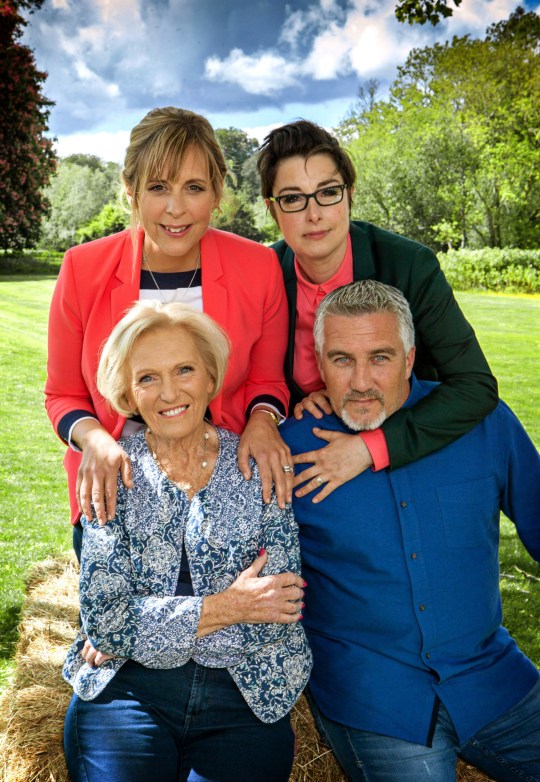 Mel and Sue say Paul was ‘like family’ to them (Picture: BBC)

‘Who knows what the real subconscious driver was. But it was pure violence, but with really stupid props,’ the comedian laughed.

‘Once, there was a French plait that I really got him in the twain with. He was legs akimbo delivering some interminable verdict about something that was never going to make the edit and I ran and I just got it. Oh, it was good.’

The comments come after Sue previously said she was left ‘incredibly hurt and sad’ towards the end of the series.

On the same podcast, Sue also recalled Iain Watters’ infamous Bake Off meltdown over his doomed baked Alaska, when the contestant returned to find his ice cream had melted and furiously threw it into a nearby bin. 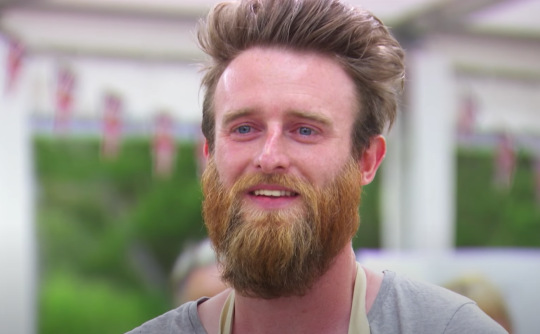 Ian Watters famously threw his Baked Alaska in the bin on the show (Picture: YouTube)

‘Obviously there’s a lot of it going on backstage, mainly because I’m just foul of mouth but normally it’s very mellow, as you know. He really lost it.’

‘And in that moment I was with him, it was life and death, but then slowly this creeping contextualisation of just… I’m with a man in a tent, whose ice cream has melted. This is… Meanwhile in Syria…,’ Sue joked.

In the meantime, a selection of huge names are gearing up to set foot in the tent for the official Great Celebrity Bake Off for Stand Up To Cancer 2021 – including Jade Thirlwall and James McAvoy.

Five new episodes will air in the spring and will see 20 celebrities doing their best to impress judges Prue Leith and Paul Hollywood.

Celebrity Bake Off will air in the spring on Channel 4.

Man strangled his fiancée to death then ordered pizza and drugs