The 31-year-old pro was paired with the 35-year-old socialite for the 2019 series of the BBC One dance show. 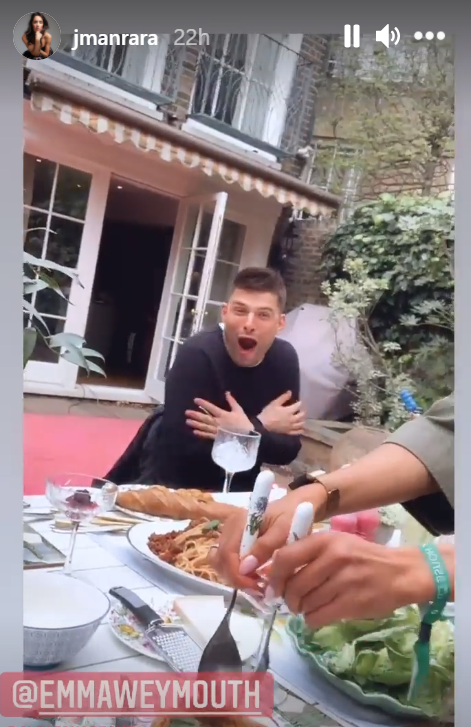 And once England’s lockdown rules changed on Monday, allowing people to mix outside, Emma wasted no time in inviting her old pal to her impressive home.

The group stuck to the guidelines, with Janette wrapped up warm in a zip-up hoodie as they sat outside.

Aljaž filmed the enviable table laden with delicious food for his Instagram Story, with dishes including spaghetti and meatballs, plenty of veg, and bread.

There were also plenty of cocktails, with Emma proving herself as a hostess as she braved the cold and served up the food in a tiny, fitted mini-dress. 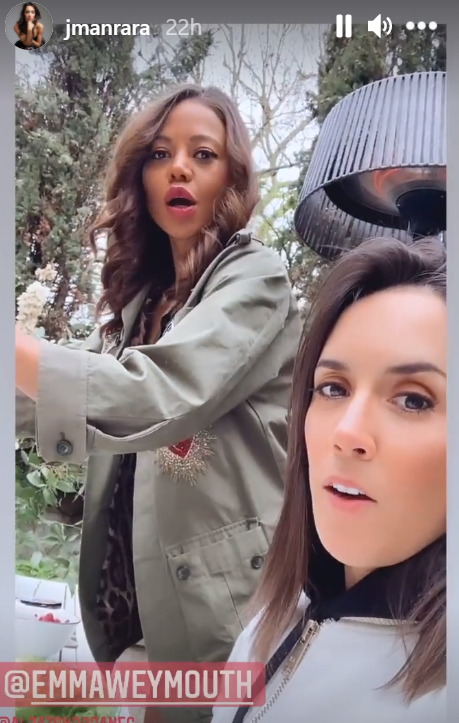 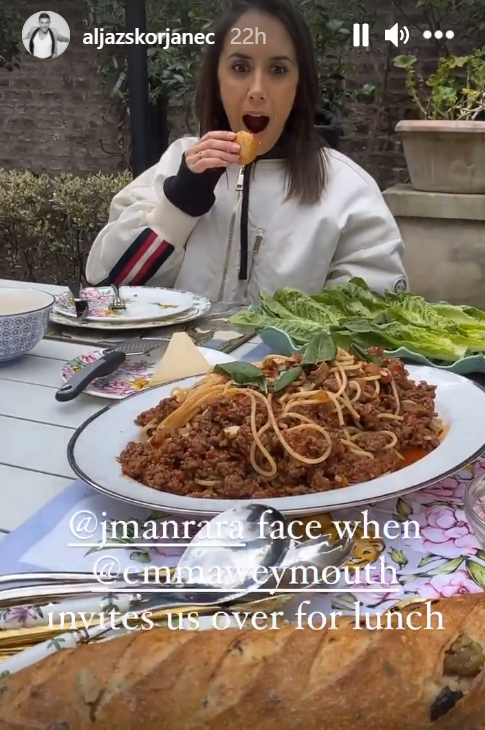 The pro dancer was wide-eyed by the amount of food 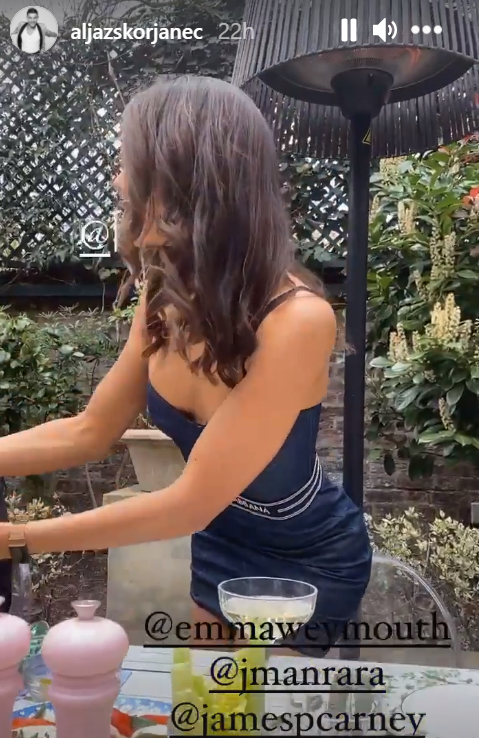 Emma braved the cold as she played hostess

Janette was wide-eyed as she took in the spread, with Aljaž captioning his video: “@JManrara’s face when @EmmaWeymouth invites us over for lunch”.

Emma’s husband Ceawlin Thynn, the Viscount of Bath, was not present for the meal, but the trio were joined by another pal, James Carney.

Ceawlin’s and his father are trustees of the Longleat Charitable Trust, and is heir to Longleat Estate, which is home to the first safari park outside of Africa. 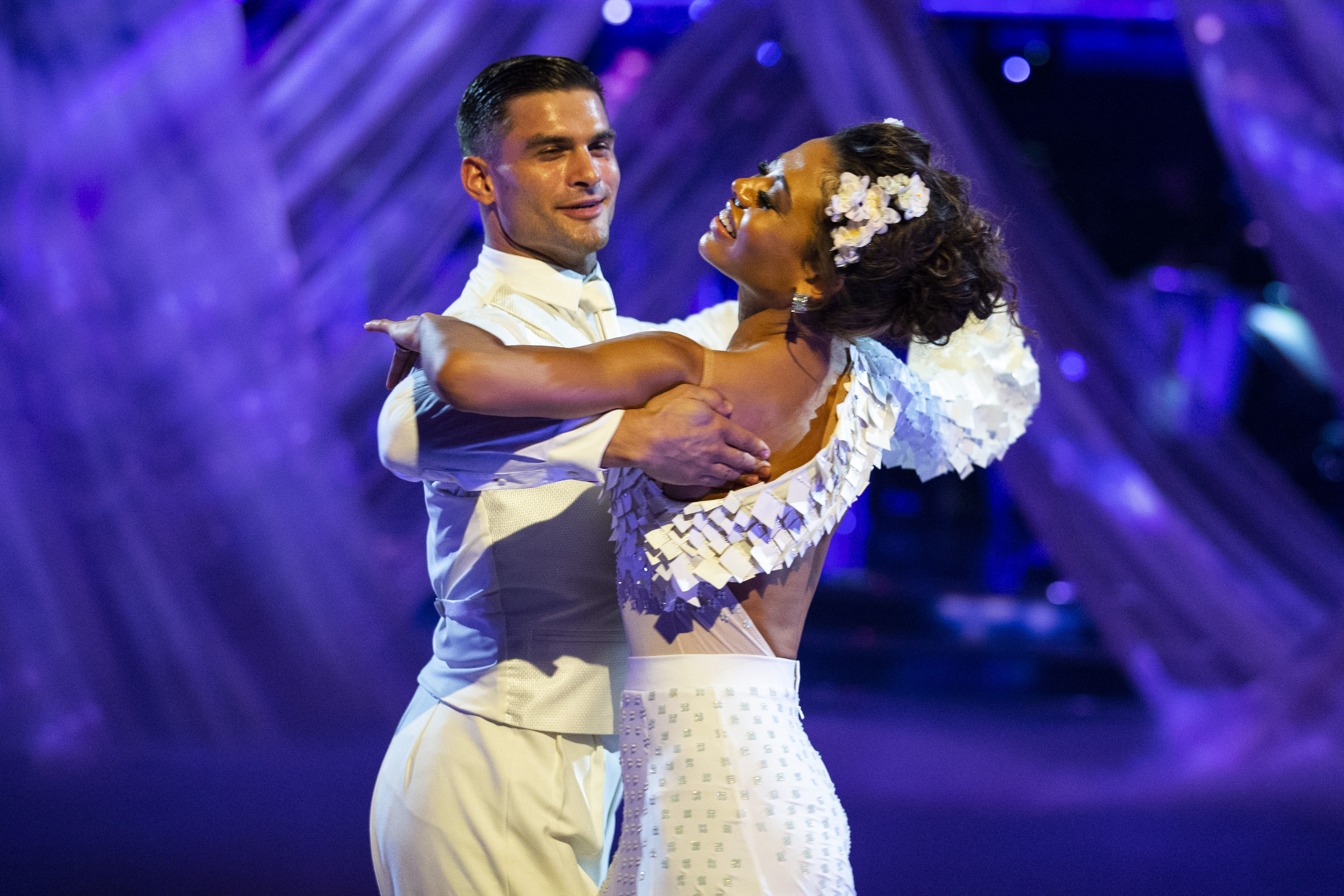 Aljaž and Emma were a couple on the 2019 series of StrictlyCredit: PA:Press Association 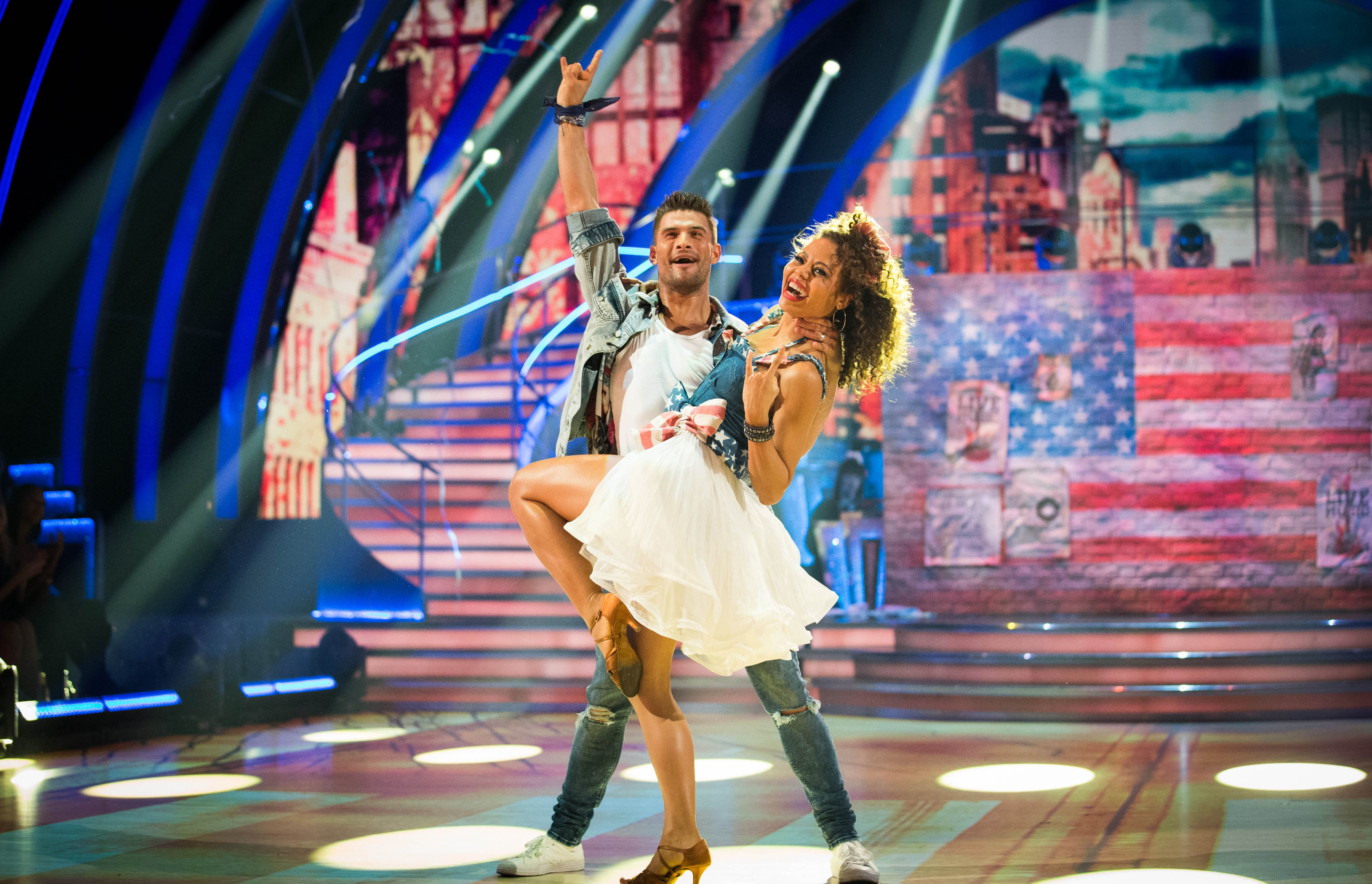 They were eliminated in week seven 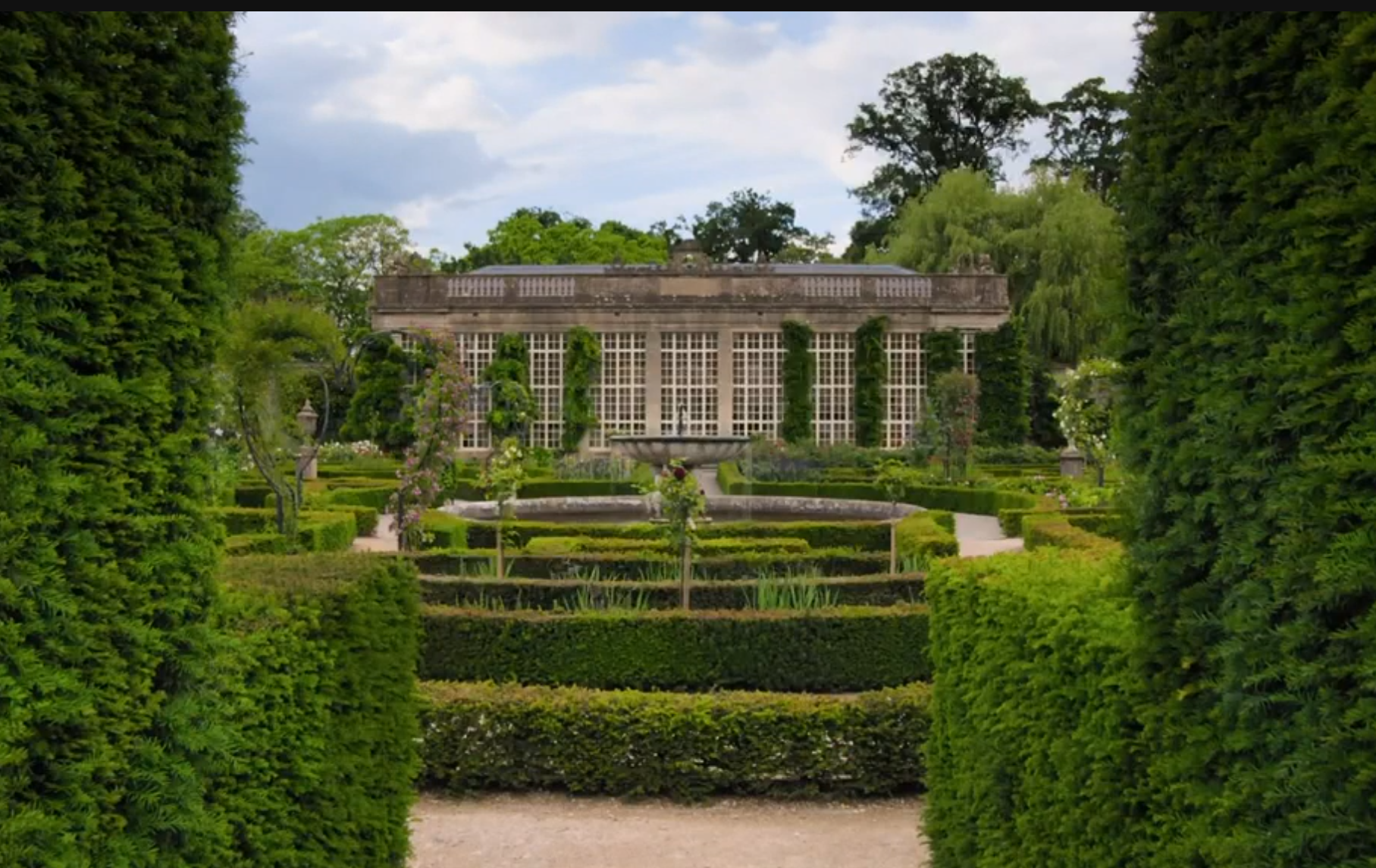 He and Emma live with their two sons on the historic estate, which boasts 130 rooms and its very own orangery.

She is a huge wildlife fan and gets stuck in with helping to feed the 500 safari animals, which are spread over the estate’s 9,000 acres.

While competing on the show, Emma introduced Aljaž to some of the animals for their video trailers, much to his delight.

Emma lasted until week seven on Strictly, when she and Aljaž were eliminated after landing in the dance-off against Mike Bushell and Katya Jones.