OLYMPIAN Adam Peaty has threatened to kick off if he gets low scores from the judges before confidently saying he “always wins“.

But the swimmer admits he expects to face a tough challenge learning how to dance in front of 13 million viewers.

Adam – who has taken time out of the pool to protect his mental health – said: “I can take criticism but if I think it was a good dance, I’ve put my heart and soul into it, hours and hours of training and a lot of hard work then if someone says it’s a three or a four then I’m not going to be happy am I.”

But he added: “That’s the game, that’s what I’ve got myself in for I guess.

“I know it’s going to be very hard and very different.

“I’ve won pretty much every competition I’ve gone into.

“Going into this is very different. I have no idea what to expect.

“I rely on my humour and a smile in the face of adversity. Strictly will be similar to the Olympics in terms of work ethic.

“I also don’t take life too seriously. As long as the sun rises I’ve got another opportunity to laugh.

“Whatever my pro dancer says, I’ll do. I’ll trust her with my life.”

Adam’s impressive swimming skills won him two gold medals and a silver at this summer’s Olympic Games on Tokyo.

But he says his talent in the water could hinder his performance on the dancefloor.

“I’m not used to being on land against gravity, said Adam.

“But hopefully my hips will be quite fluid.

“If you’re dancing you might as well rate yourself and back yourself, but professional dancing is very different.

“I’m nervous about all of it. The first few weeks will be quite hard with the training, show, dancing, rehearding, everything will be quite unsettled, but once I’ve found my feet a few weeks in then I think I’ll be good.

“Swimming training is one of the hardest sports because I’m used to going up and down a lane for four hours a day and going to the gym for two hours, it’s quite tedious.

“I’ve trained my mind and body for a long time, I want to put the hard work to use.”

Team GB hero Adam believes he’s in with a good chance to impress Strictly viewers – but insists Dan Walker is a “dark horse in the competition.” 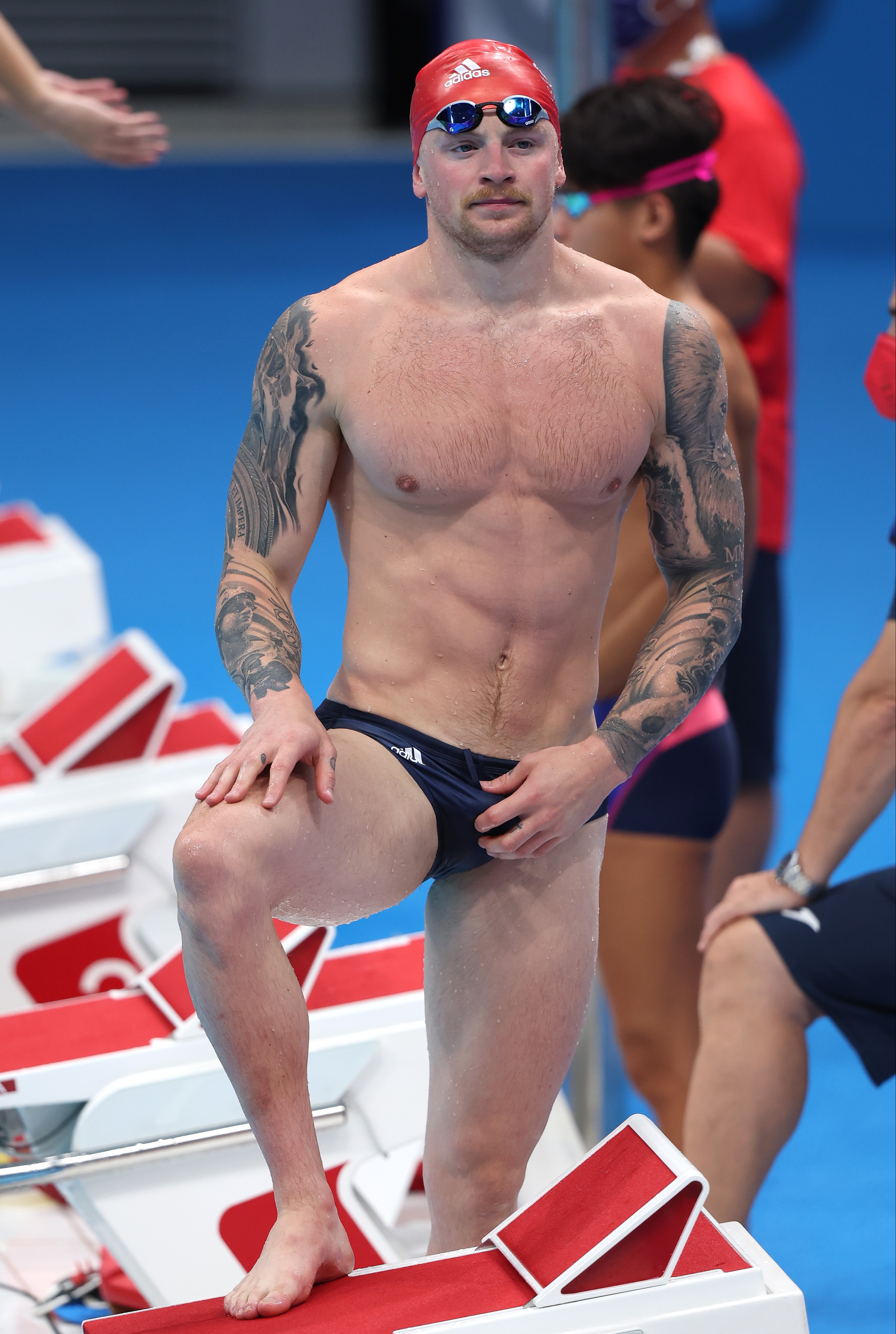 The swimmer is preparing for the Strictly dancefloorCredit: Getty