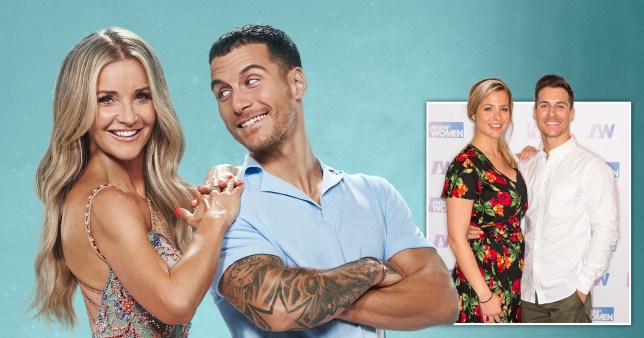 How will Helen and Gorka fare tonight with their Cha-Cha-Cha? (Picture: PA/Rex)

Helen Skelton has expressed how ‘lucky’ she feels to not only have Gorka Márquez as a partner on Strictly Come Dancing, but also have his fiancé Gemma Atkinson on hand for some much-needed advice.

Last week, TV presenter Helen and Gorka delighted the judges with their charming American Smooth, which they performed to Aretha Franklin’s You Send Me.

Tonight, the duo are switching things up with their Cha-Cha-Cha, ahead of the first elimination of the 2022 series tomorrow night.

Ahead of week two, Metro.co.uk caught up with Helen, 39, and Gorka, 32, with the pair both revealing how helpful former Strictly star Gemma, 37, has been behind the scenes.

Considering Gemma reached the final of the show when she took part with Aljaž Škorjanec in 2017, she’s had valuable advice for Helen on what to say to Gorka in training, and to Gorka on ‘taking a step back’ during his ‘intense’ rehearsals.

Helen explained that Gemma and Gorka both know how to ‘support and get the best’ out of each other, which has also proved helpful for her own Strictly journey. 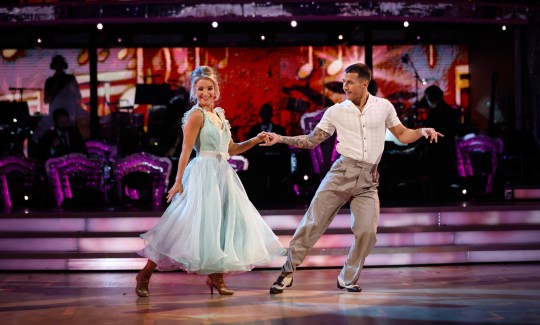 The dancing duo scored 26 out of a possible 40 for their first dance (Picture: Guy Levy/BBC/PA)

‘Obviously Gemma, Gorka and I have loads of mutual friends, people in common, so for me, I’m really grateful that I’ve got him. A lot of people spend time getting to know each other, whereas I already felt like I knew you,’ the Countryfile star said.

‘Gemma’s like, “Say this to him, say that to him,” and she’s done the show so she gets it. I feel lucky, because I’ve got two people.’

Gorka added that Gemma – with whom he shares a three-year-old daughter called Mia – has the right balance of experience to be able to give useful advice to both of them. 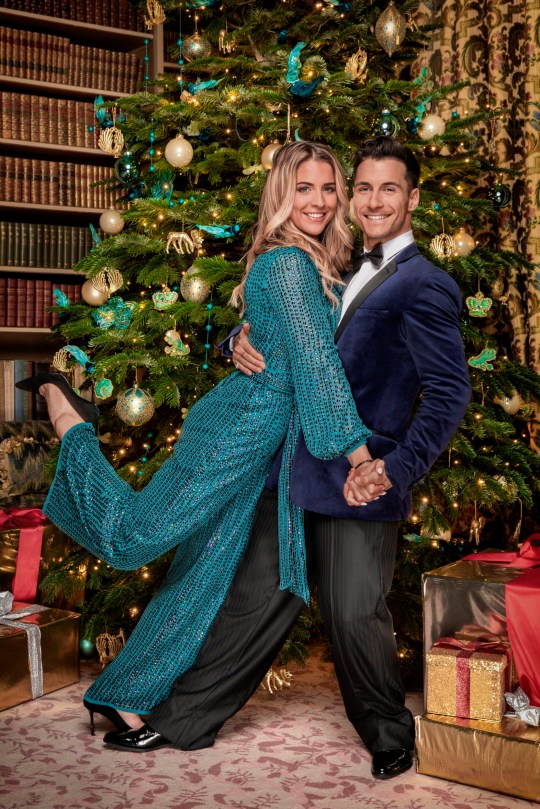 Gemma and Gorka, who’ve been engaged since February 2021, took part in the Strictly Christmas special in 2019 (Picture: BBC/Guy Levy)

‘For me with Gemma, she has done the show, she went all the way to the final, she experienced the show as a celebrity,’ the professional dancer said.

Gorka acknowledged that he’s ‘very intense when it comes to rehearsals’, because he can see that Helen ‘has a lot of potential’. 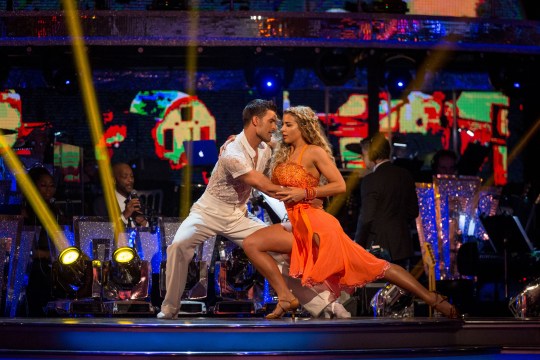 Aljaz and Gemma were runners-up in 2017 (Picture: BBC/Guy Levy)

‘I want to make her feel as confident and prepared as possible, so that when she goes on the floor, I don’t want to have to get any comment that’s going to upset her, or make her feel like she didn’t work enough,’ he said.

Preparing for week two of Strictly is a big jump from week one, having gone from having a couple of weeks to train to just a few days.

Helen confessed that she had a ‘false sense of security’ in the first week, because she felt ‘calm and relaxed’… before the intensity of training went up a notch.

One of the most surprising aspects of the show for the former Blue Peter presenter has been realising that everyone actually is as close as they seem, despite competing against one another.

‘When I used to watch the show, I used to think, “There’s no way everybody likes each other that much,” but they do, don’t they?’ she said.

Strictly Come Dancing returns tonight at 6.30pm on BBC One and BBC iPlayer.