Viewers branded her ‘jealous’ after she gave Kym Marsh low scores once again and many called for the 62-year-old to go. 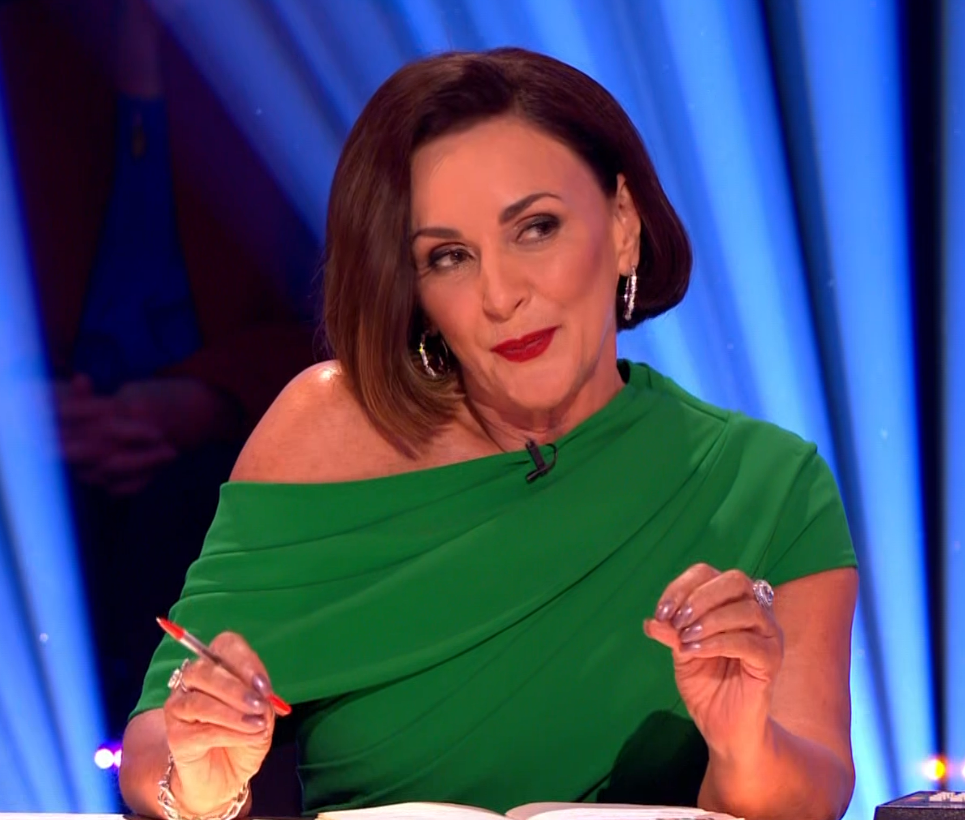 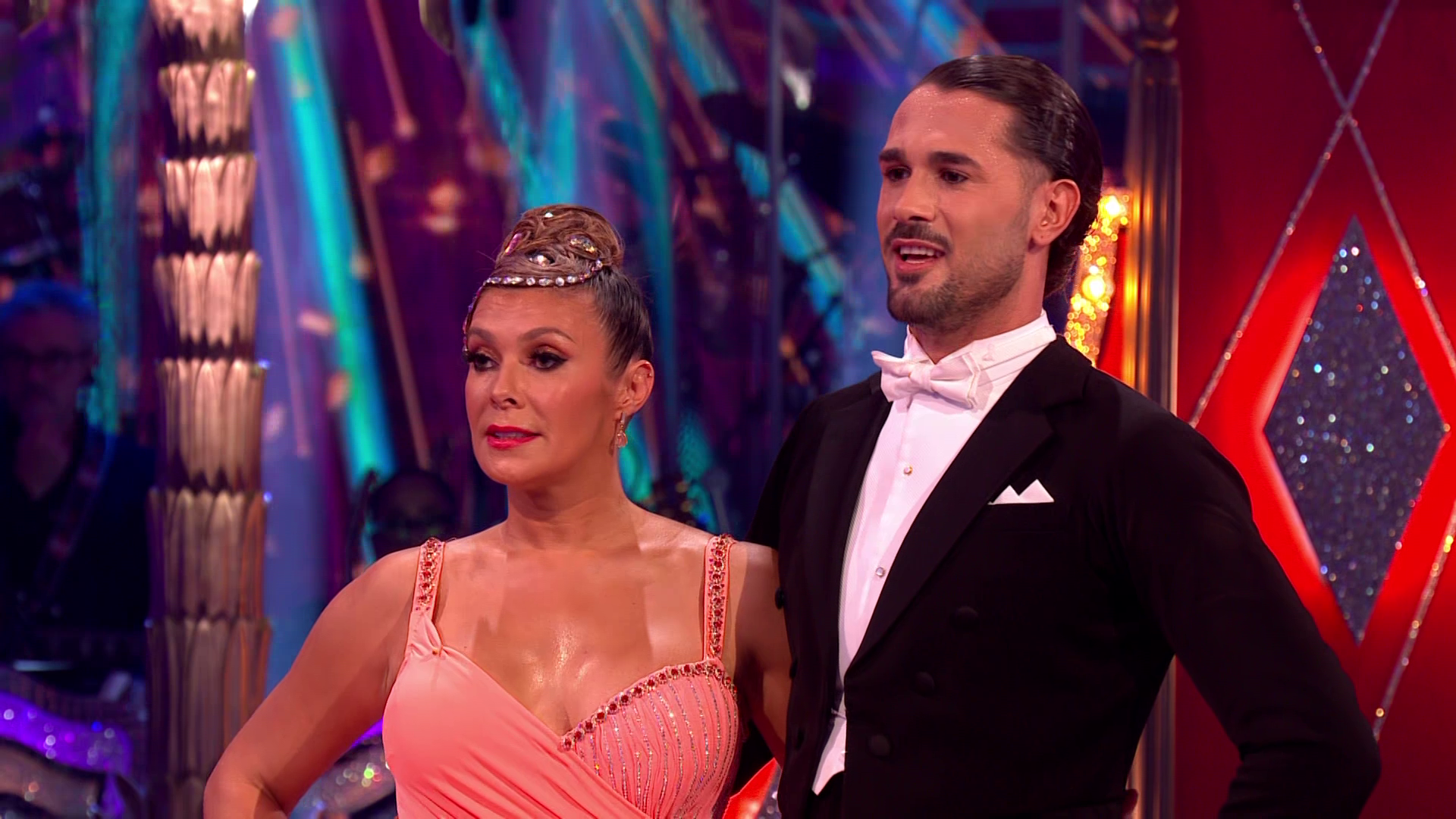 Angela Rippon, one of the original presenters of Come Dancing, introduced the couple to the dancefloor for a high-octane routine in flamboyant outfits to secure a score of 27.

Motsi Mabuse said the routine was like a “ray of sunshine coming in” as she praised their look but noted she saw uncertainty in Kym’s eyes.

Anton Du Beke added that her performance lacked some of her usual confidence, but Craig Revel Horwood disagreed, saying: “I thought you came out absolutely confident. 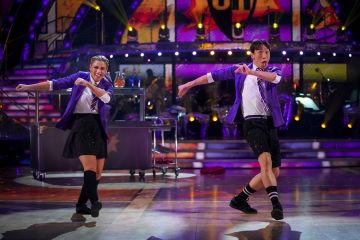 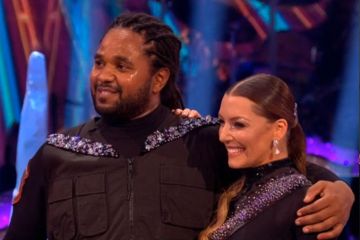 “Your frame needs work, we all know that, but I thought the footwork was clean and, as Anton said, you flew around that floor, well done.”

Shirley meanwhile said: “I think stamina lacked a little bit today and I also feel, it was said by a very famous lady ‘you will often get away with a foot error but you will not get away with a collapsed frame’.

“The core today lacked a little bit, it was loosey goosey, it was moving a bit all over the place. Somehow for me it wasn’t your best dance today.”

Those watching at home felt the comments were unfair and took to Twitter to complain.

One person wrote:  “Shirley just doesn’t like Kym does she 🙄 #strictly.”

Another added: “SHIRLEY #strictly You are speaking rubbish about Kym and Grazianno’s dance.”

“#Strictly Shirley showing her jealousy of a beautiful woman yet again! Loved that! #kym is beautiful, and that was a great routine,” wrote someone else.

While a further fan asked: “#strictly How can Shirley Ballas give Tiny Adams a SIX and then score Kym Marsh the same score? Where’s the consistency? She’s a lead judge – biased!”

And another tweeted: “#Strictly  @BBC I see Shirley Bias was at it again underscoring Kym again, she really needs to be sacked.”

It comes just a week after Shirley was branded ‘sexist’ by unhappy viewers.

She hit back during an appearance on Loose Women and said: “I appreciate the audience have been watching it for 20 years but sometimes… what I want to get across is when you watch a TV screen, you only see half of what I see.

“I love that they have an opinion, it’s when it starts to get overboard and nasty.”

Shirley has developed a thick skin during her decades in the demanding world of dance.

She continued: “It’s a tough industry and has been a tough industry my whole life, so Saturdays… oh I’m getting emotional already… and Saturdays are like going to Disneyland, it’s the ultimate job, I really enjoy it.

“I do read everything… it’s really hurtful. Some of the language is so explicit I couldn’t even retweet them.” 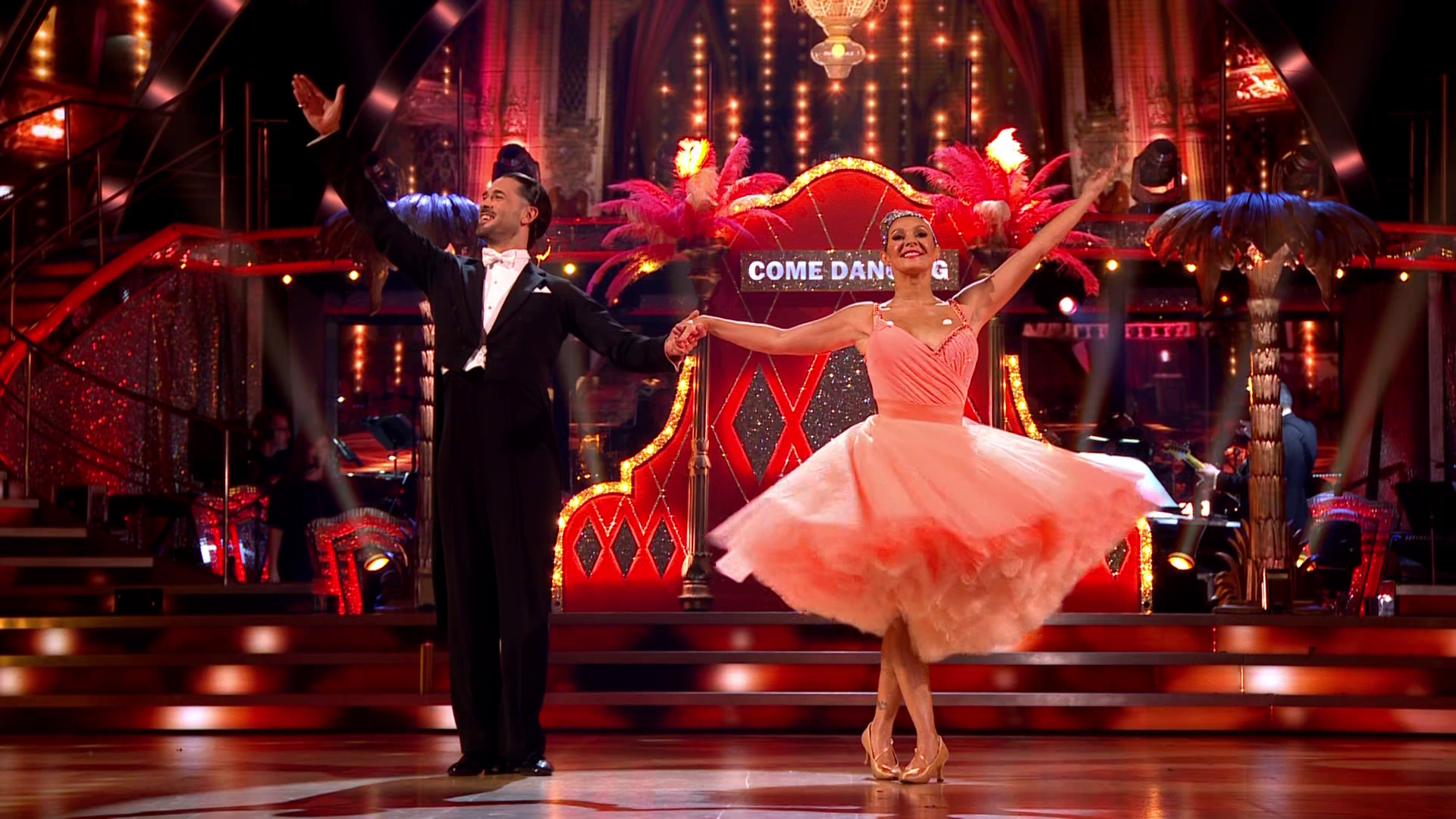 A Couple Of Helpful Baseball Guidelines To Help You