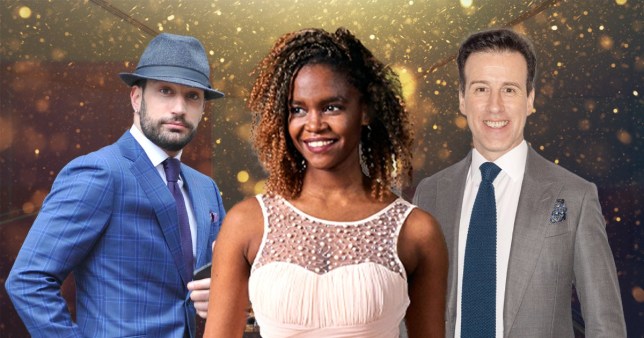 Giovanni, Oti and Anton are ready to take on the competition (Picture: Splash/PA/Rex)

Oti Mabuse is officially returning for the 2021 series of Strictly Come Dancing, after her announcement as a judge on The Masked Dancer cast doubt on her place in the BBC show.

Earlier this month, it was revealed that Oti would be joining the judging panel for The Masked Dancer, with Masked Singer judge Rita Ora notably absent from the line-up.

After landing her new TV gig, Oti initially refused to say whether or not it affected her place on Strictly, on which she has appeared as a professional dancer since 2015.

However, off the back of her 2020 victory with comedian Bill Bailey, Oti will return to the dancefloor to fight for the Glitterball Trophy yet again, alongside an array of familiar faces.

Also returning to Strictly is Anton Du Beke, the longest-serving professional dancer in Strictly’s history, competing in his 19th series. 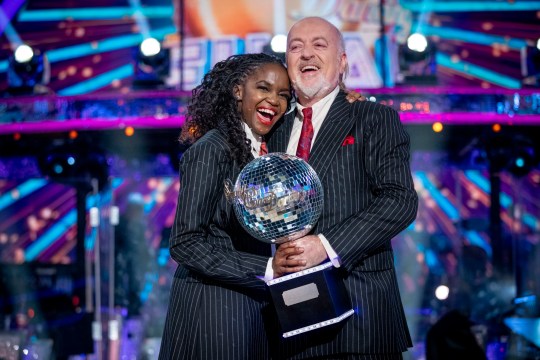 Oti and Bill were victorious in the 2020 series of Strictly Come Dancing (Picture: BBC)

Sarah James, executive producer at BBC Studios, said the company is ‘so thrilled to be welcoming back our incredible line-up of professional dancers for 2021’.

‘Their passion and dedication for Strictly shone through more than ever last year as they all sacrificed so much to deliver an unforgettable series during unprecedented and challenging times,’ she said.

‘With so much talent returning to the ballroom, the 2021 series promises more show-stopping choreography, memorable performances and world class dancing.’

More information about this year’s series, including the celebrities who will be taking part, will be announced at a later date.

While no official announcement has yet been made, it’s been rumoured that Loose Women star Stacey Solomon may be being considered for the competition by Strictly bosses.

We’re sure Stacey would be able to handle the pressure, given she finished in third place on The X Factor in 2009.

The BBC recently stood by Strictly Come Dancing after the show received complaints claiming that Katya and Nicola Adams’ dance in the final depicted a ‘blatant projection of homosexuality’.

The complaints were ‘not upheld’ and will not be investigated further, the BBC confirmed.

Katya and Nicola, the first same-sex couple in the show’s history, had to drop out of the series after Katya tested positive for coronavirus.

Strictly Come Dancing will return to the BBC later this year.