STRICTLY veteran Anton Du Beke is loving his new role as full time judge on the show – it’s the first time he has lasted a whole series without being voted off.

Over the 18 years he has been on the BBC1 dance favourite — as a pro dancer until last year — Anton has never even made it to the final two contestants, let alone won the contest. 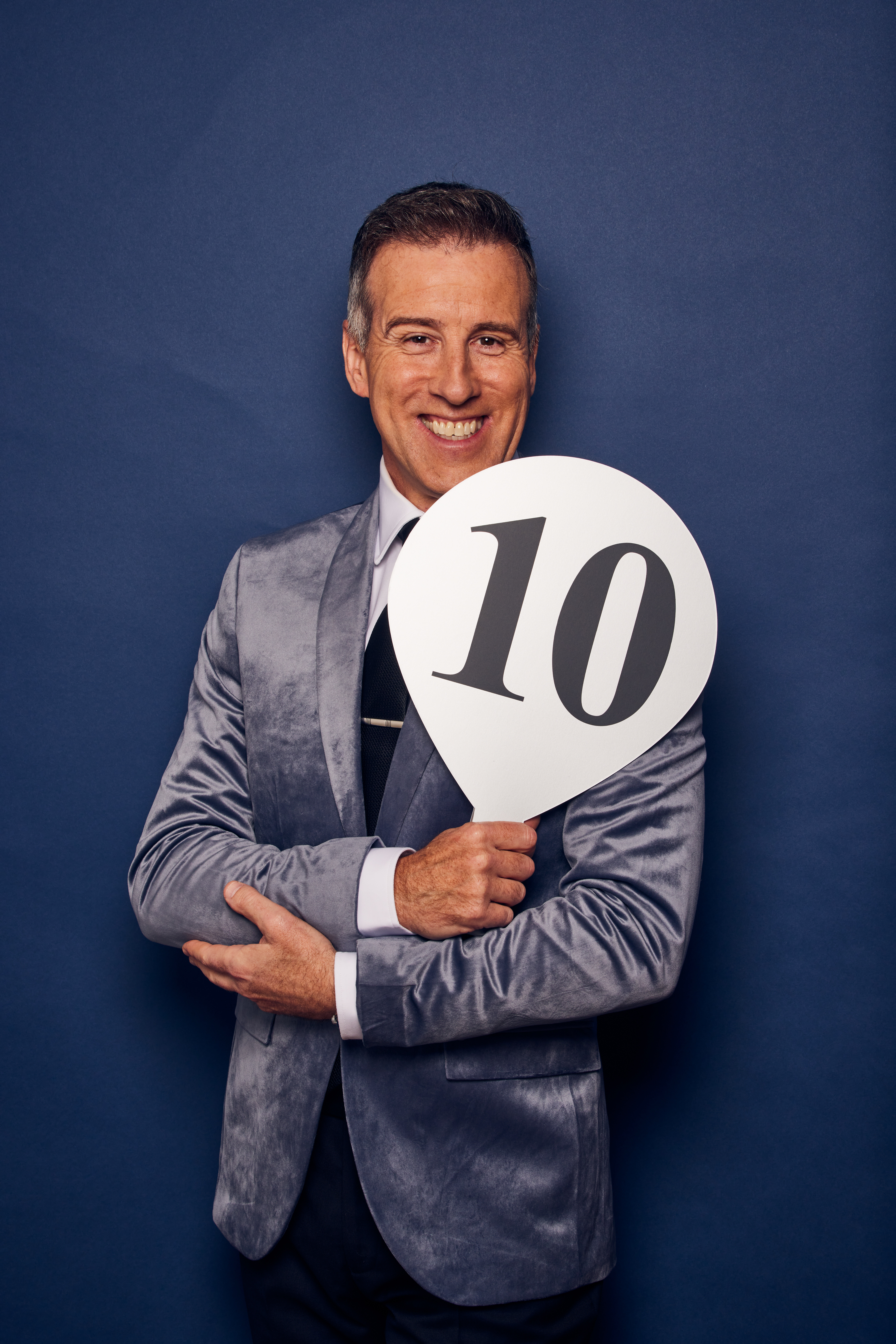 The dance pro turned panellist speaks on the plus side of dishing out scoresCredit: Neale Haynes

And though the coveted glitterball is still beyond his reach, the 56-year-old consoles himself with the fact that no one can give him the boot these days.

He said: “Not that there is anything wrong with it but getting voted off, I just hated it. It is the worst thing in the world. And it never got better as I got older.

“The bit I miss is not being in the studio and putting a number together, there is nothing like that. Though standing there and judging is equally as wonderful.

“I did say it’s much easier on the knees but the fact that I am now judging also means I can now always stay until the final.” 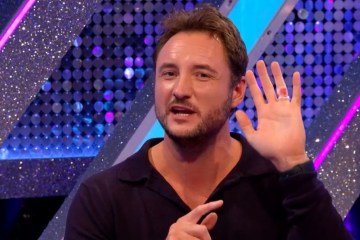 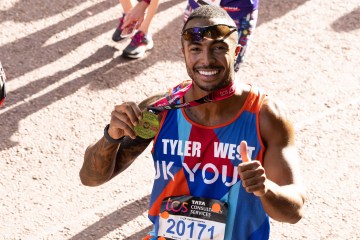 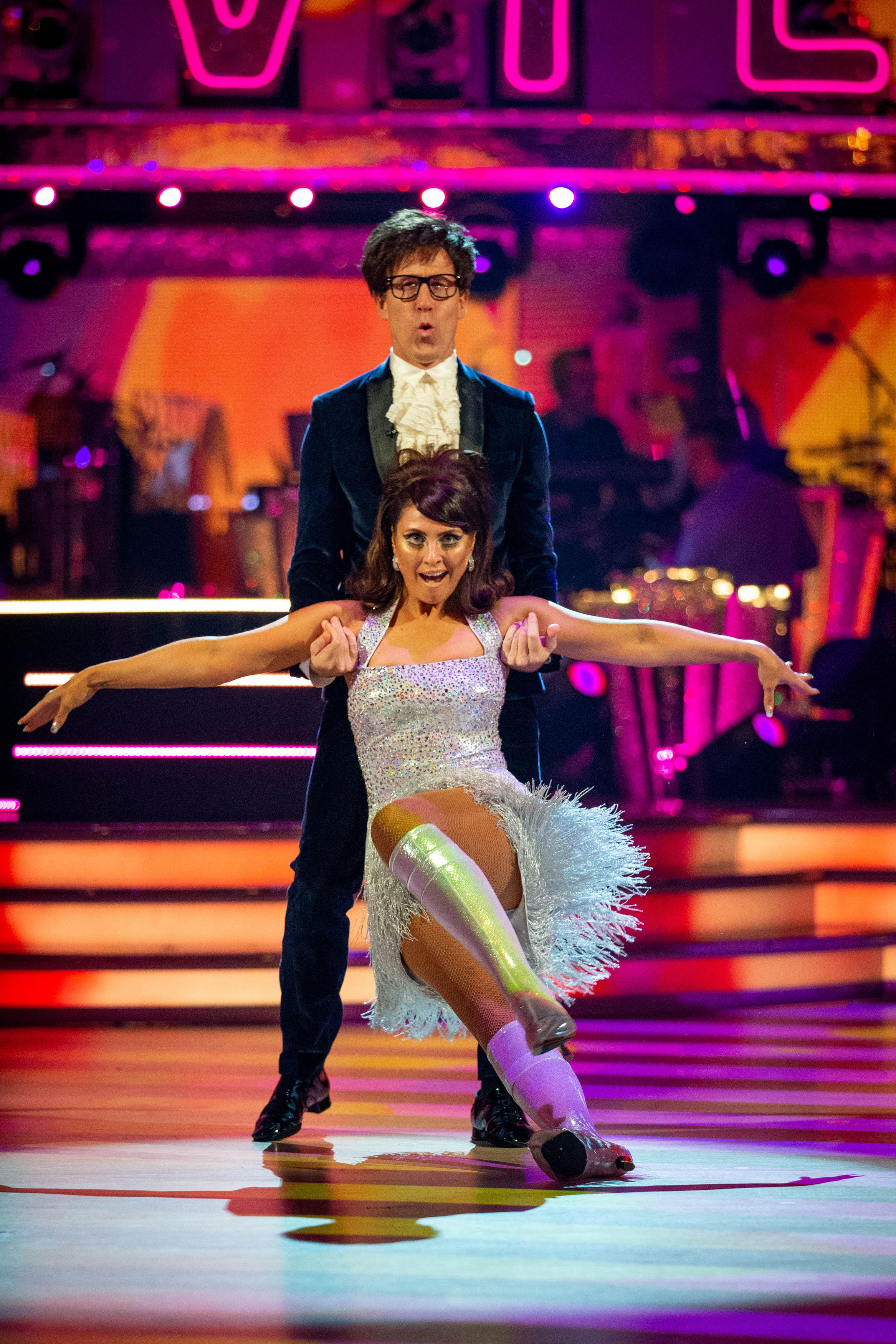 Anton was runner-up with Emma Barton in 2019Credit: PA

Since joining Strictly in the first ever series in 2004, when it was hosted by his idol Bruce Forsyth, Anton always had dance partners with varying degrees of ability.

He got to the semi-final of the debut series with opera singer Lesley Garrett, nearly made it to the final three in 2015 with newsreader Katie Derham and was a runner-up with EastEnders actress Emma Barton in 2019.

Anton also got his lowest score — an abysmal 12 — with style guru Susannah Constantine in 2018 and socialite and lawyer Nancy Dell’Olio in 2011.

Yet he always told them they’d done well, even when he knew it might have been a bit of a fib.

Anton said at the Henley Literary Festival in Oxfordshire: “My partner would look at me and go, ‘I think we are in trouble’. I would look at her and go, ‘No, you were great’.

“They would say, ‘Do you really think so?’

He hit rock bottom — or should that be a career high — when he was partnered with politician Ann Widdecombe in 2010. 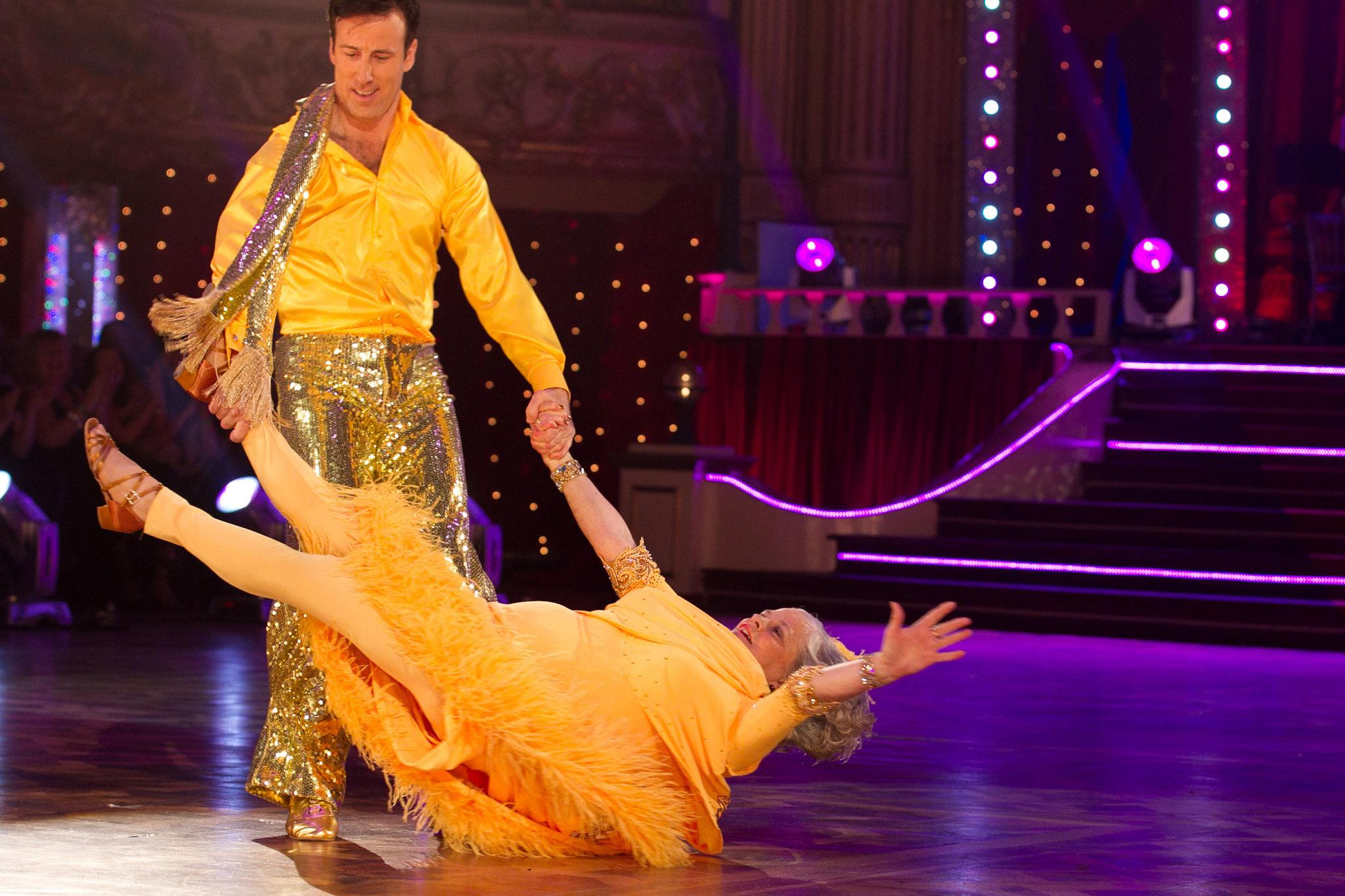 Anton made Strictly history with Ann Widdecombe in 2010

Together they created a moment in Strictly history when he swung her around by one of her ankles and one of her wrists as she was spun round like a comatosed sealion.

“I spent some time with some incredible women . . . even Ann.

I say: ‘Even Ann’. She was a pioneer, the first one who flew in on set.

Everyone gets flown in these days from above stage.”

Anton is referring to the routine where she swooped on to the dancefloor in a harness before delivering a tango with him.

It was an impressive start but judge Craig Revel Horwood summed it up best afterwards, saying: “When you landed on the floor . . .  that’s when the problems began.”

The harness was just one of many distraction techniques Ann and Anton employed to hide the fact she had two left feet — others included icebergs for a Titanic-themed dance and a Dangerous Liaisons-style costume drama.

Anton says with a laugh: “Sometimes you just get a partner who can’t really dance and you try to get away with it the best you can.

“The worse they are the more outrageous you can be. They are going to be marked terribly anyway. I mean, what are you going to get, a one or a two?

“I say chuck them in. I love 5ft of smoke and you can just about see their eyebrows.

“Strictly Come Dancing, it’s not proper dancing as such. You have a celebrity and you are trying to get her through.”

That’s just what Anton did with Ann. Despite week after week of abysmal scores, the viewing public couldn’t get enough of their hilarious routines.

So much so that they made it through to week ten of the competition, beating the likes of movie siren Patsy Kensit and Destiny’s Child singer Michelle Williams.

Anton added: “Oh man. I have danced with some good girls in my time and less good ones. I would like to have done a turn with [former judge] Darcey Bussell. I would be like, ‘Come on Darce get your leg up.’”

It’s fair to say Anton has earned his stripes, so when Covid hit and Italian eccentric judge Bruno Tonioli, could no longer do his stints on the show, he filled in.

It was only this year that he was given the job full-time alongside old pal Craig, Shirley Ballas and Motsi Mabuse.

But he admits it’s taxing being a judge who has to also put in a comedic performance — almost as much as the pros and celebs who take to the dancefloor every week.

Anton said: “It is exhausting. I have to say, being me. But I love this. I am so grateful seeing people. I love people like Kenneth Williams and Peter Ustinov, the raconteurs who can just chat away.

“I have felt, ‘Maybe I should be more serious.’ I listen to some performers, and they are very earnest and I am like, ‘Great. Maybe I should have gone down that road.’

Now he is loving being on the other side of the judge’s desk as he’s being entertained watching the pros trying to get decent routines out of the celebrities.

Matt’s trousers were tremendous. They were a size too small. Apparently we had a woman in the first row with a nut allergy. We had to get her out!

His current favourite is Nadiya Bychkova’s disco number with Matt Goss from last weekend, which saw the Bros singer emulate John Travolta in a white waistcoat and VERY tight trousers.

Anton said: “They were tremendous. They were a size too small.
“I think they were inspired by Bruno Tonioli and they were white? Stone the crows.

“Apparently, we had a woman in the front with a nut allergy. We had to get her out. It was a disaster.”

Now he’s looking at new opportunities but reckons he won’t find them in the world of TV cookery after appearing on ITV’s Cooking With The Stars recently. 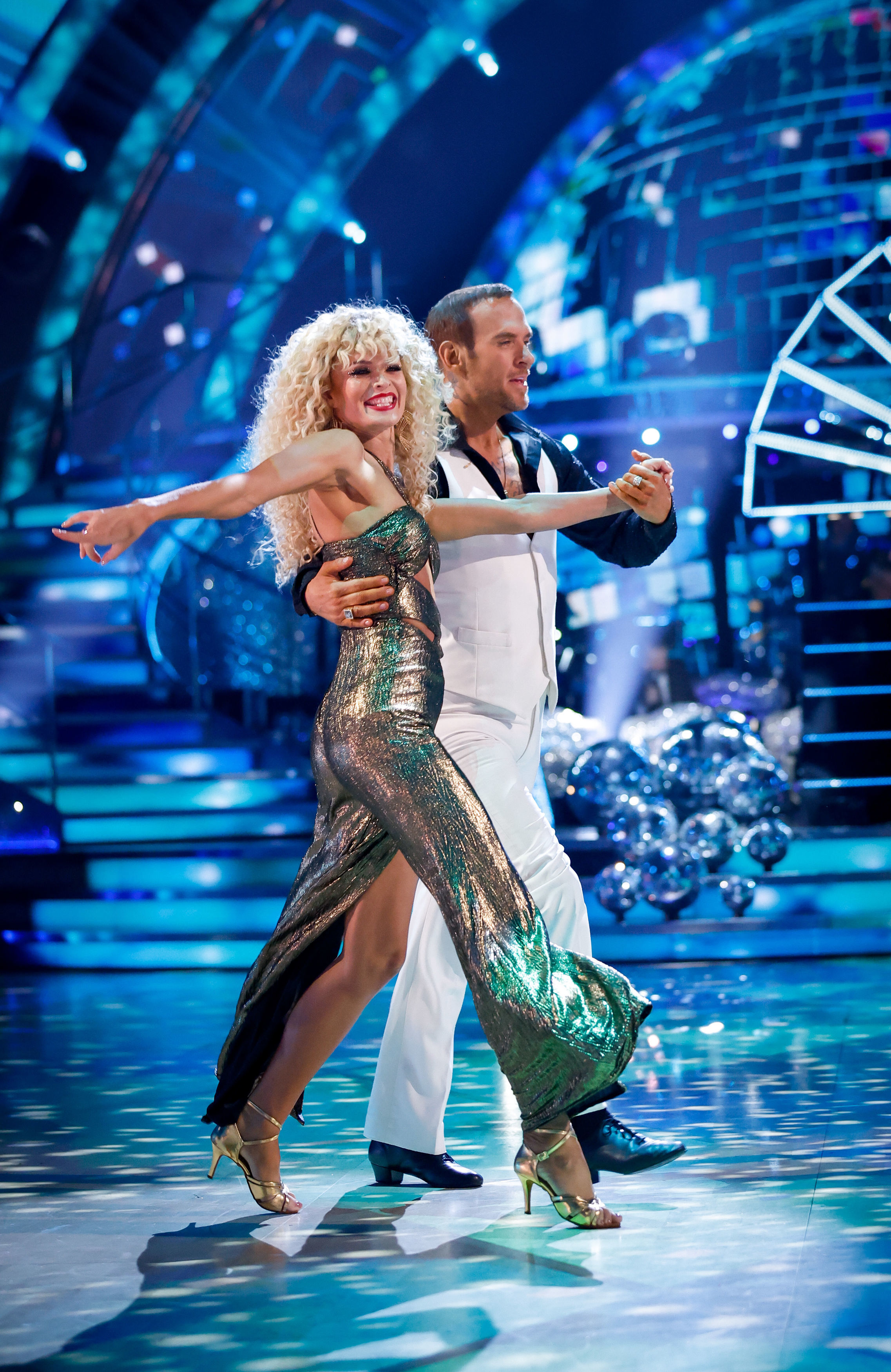 Anton said: “I was crap. I did not cook much then I had this chicken dish which turned out pink.

“I cooked pink chicken and apparently that is bad, who knew?

“He goes, ‘All that singing and dancing leave that for the other show. You have got to concentrate.’

“I thought to myself, ‘That is funny as that is how I concentrate.’ So the criticism was unfair.”

Anton has found another direction for his career as a writer, which he juggles with judging duties on Strictly. He’s just brought out a new romantic novel called We’ll Meet Again.

He said: “I never felt there was a way into writing but there is an opportunity now to do something.

“My rule is: make sure it is good and brilliant. Don’t allow people to go: ‘Oh you should just stick to the dancing old son,’ as I would be mortified.

My rule is: make sure it is good and brilliant. Don’t allow people to go ‘Oh you should just stick to the dancing old son’ as I would be mortified

Blending his old and new love, Anton insists he fills the pages with many of the experiences he’s had during his long career.

He said: “All the people I have met have gone into my books with ballroom dance, hotels, the upstairs and downstairs of stately homes.

“I am a people watcher and I like to know stuff.”

The contestants and crew on Strictly might do well to remember that.