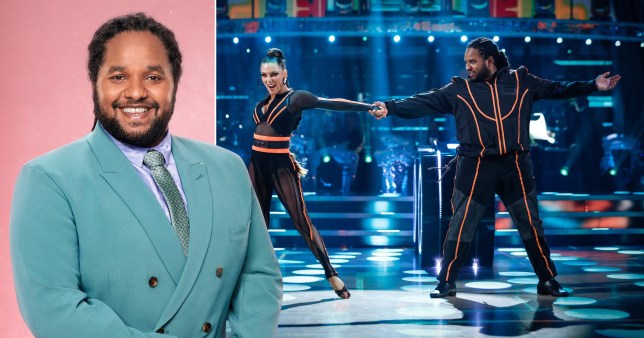 ‘This man needs to be protected by all costs!’ (Picture: PA/BBC)

Strictly Come Dancing viewers showered Hamza Yassin in support after he claimed to be ‘too big’ to do the jive.

Last week, Hamza stormed to the top of the leader board, after dazzling with partner Jowita Przystal during their joyful foxtrot to Islands In The Stream by Dolly Parton and Kenny Rogers, managing to secure a whopping 34 points.

And with the 26 secured tonight from their jive to Blinding Lights by The Weeknd, Hamza and Jowita have made it to the joint second spot along with Will Mellor and Nancy Xu.

However, the Countryfile presenter admitted he thought he was ‘too big’ to jive.

‘I quite enjoyed that,’ Anton Du Beke commented once the pair finished their jive, adding: ‘I wasn’t quite sure how it was going to turn out but I thought you did a very good job.’

After Craig Revel Horwood said that the dance (and his inward pointing toes) were ‘very heavy’, Shirley Ballas described the dance as ‘a little bit back weighted and that’s why it felt a little bit heavy.’ 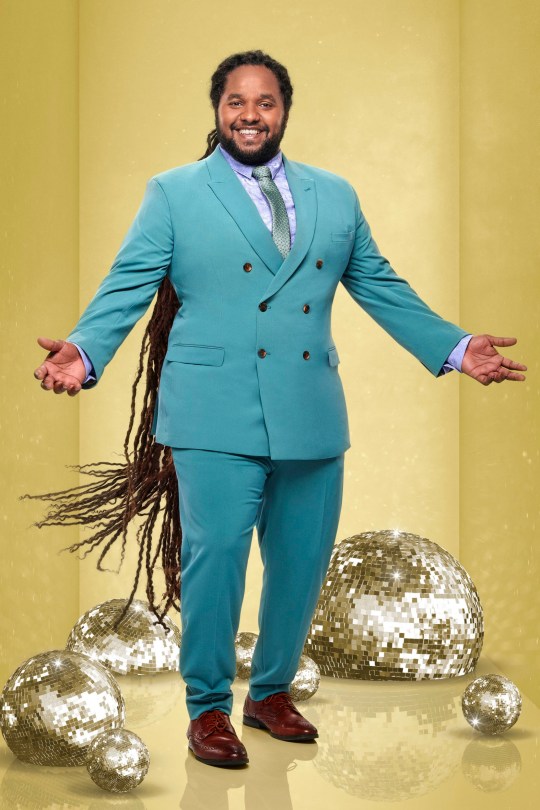 The Countryfile presenter was showered in support (Picture: PA)

Motsi Mabuse added: ‘Look up and try to keep that centre in, push Hamza push.’

As they awaited the results, Hamza told Claudia Winkleman: ‘I’m just too big for the jive,’ before cries of ‘no’ were heard from his fellow Strictly celebs.

‘That’s not true,’ Claudia replied with Jowita adding: ‘I wanted to say that it’s not true that you’re not too big, I’m absolutely more than proud and you did every thing that I asked you for.’

‘I see the talent,’ she added. 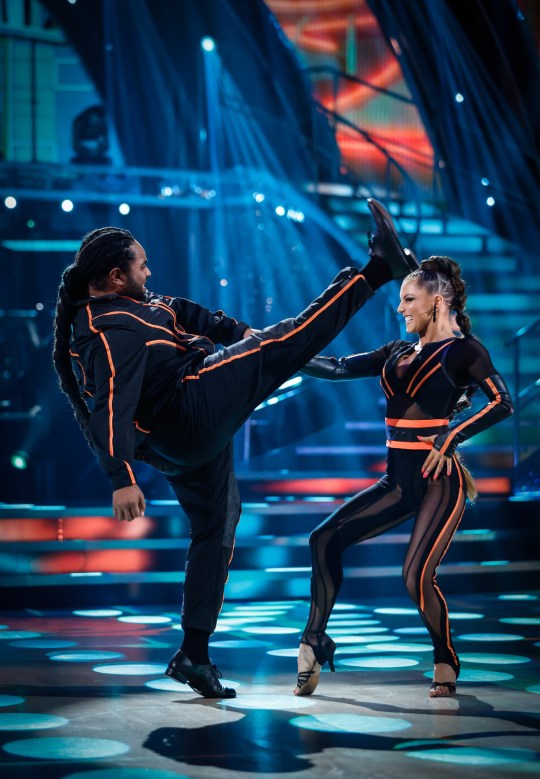 Hamza and Jowita are joint second on the leader board (Picture: PA)

Meanwhile those watching at home showered Hamza with support after his comment.

‘Hamza saying he’s too big for the jive bless him someone give him a hug he’s so much better than he thinks,’ one wrote.

‘No I’m having a little cry at Hamza saying he’s too big for the jive, someone cuddle him immediately,’ another penned.

No I’m having a little cry at Hamza saying he’s too big for the jive, someone cuddle him immediately. #Strictly #scd

hamza saying heâs too big to jiveâ¦ stop this man needs to be protected at all cost!! and that is NOT true!!!

âiâm too big for the jiveâ i am WEEPING hamza i love you please donât think like that – you can do it all!!! pic.twitter.com/0kCnOuFuPJ

Hamza really is a teddy bear. I adore him ð¥º The “I’m too big for the jive” comment broke my heart ð¢ð¢#Strictly

I know! That made me so sad, no one is too big to dance he did a great job

Someone else wrote: ‘Hamza saying he’s too big to jive… stop this man needs to be protected at all cost!! and that is NOT true!!!’

‘”I’m too big for the jive’ I am WEEPING Hamza I love you please don’t think like that – you can do it all!!!’ another penned.

Strictly Come Dancing airs Saturdays and Sundays on BBC One.