STRICTLY Come Dancing fans are convinced that Tom Fletcher will win the show after Shirley Ballas gave him a standing ovation.

Following the dance, judge Shirley Ballas rose to her feet to give Tom and Amy a standing ovation after putting on an upbeat performance.

BBC One viewers were convinced they know who head judge Shirley’s favourite is.

One wrote: “Now let’s see if Shirley has the same reaction and compliments when it’s a female contestant on her first week dancing. #Strictly”

A third shared: “What a way to open the 2021 series! I can see why Tom is a favourite to win the show.

“He looks like he’s paying some real attention to detail already, which will take him so far! Can’t wait to see him in ballroom now #Strictly.”

Earlier this week, Tom updated fans on the gruelling rehearsals process and shared of photo of him collapsed on the floor.

Pro dancer Amy also shared a montage of snaps of Tom passed out on the floor.

She hilariously wrote: “Believe it or not we actually have no floor choreography.”

It comes after Tom’s wife Giovanna posed for a selfie with his dance partner Amy.

The podcaster refuses to let the infamous Strictly curse get to her as she displays nothing but good vibes with Tom’s professional dance partner on Strictly Come Dancing.

The famous couple – who share three children – are childhood sweethearts who are still totally smitten with each other.

He admitted: “I did have my heart set on me and Amy so I was so happy, like genuinely happy, I had the biggest smile on my face when I found out it was you.”

She wrote: “The news is out!! So excited to see @amy_dowden dance with @tomfletcher on @bbcstrictly!!!

“I’ve seen their rehearsals and I’m giddy with excitement at what’s to come! Xxxx”

Amy didn’t shy away about being a huge McFly fan.

When the band sang All About You to her, Amy called it the best day of her life.

She said: “I still can’t believe that McFly performed for me and put my name in the song.”

Despite them being couple goals, Giovanna and Tom did suffer a break-up once and spent 14 months apart.

She talked about how she struggled to get Tom off her mind – which made her realise that he was “the one”.

Giovanna also shared how when she was introduced to Tom’s McFly bandmates how they let slip that she was always on Tom’s mind too.

“When I met the McFly boys for the first time, Dougie (Poynter) said to me ‘He literally talks about you non-stop’.”

Needless to say the couple got back together and the rest is history. 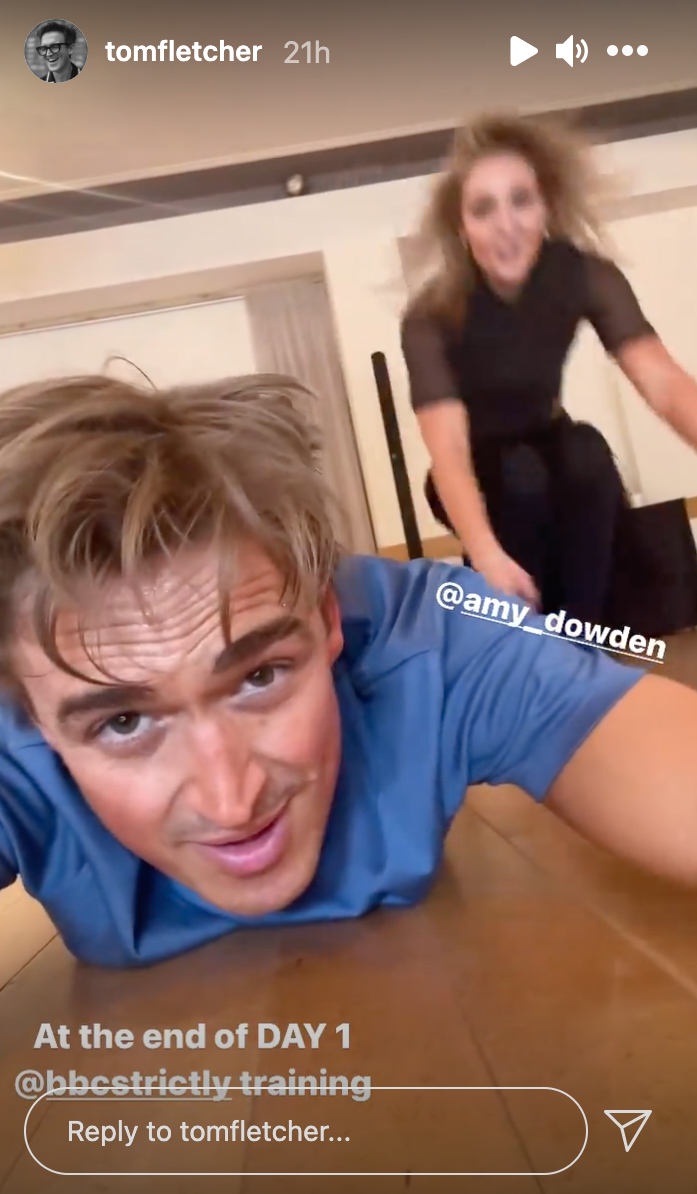