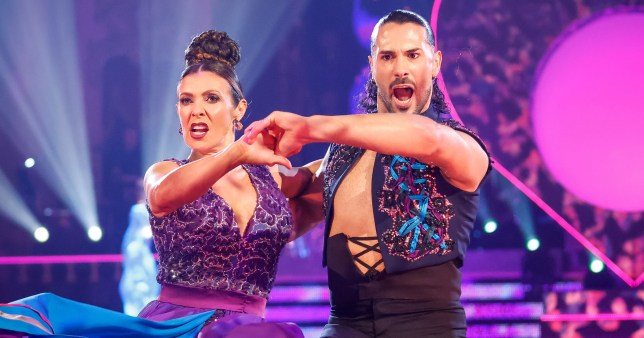 Kym Marsh is set to miss one week of Strictly Come Dancing after testing positive for Covid-19, the BBC has confirmed.

In a statement, a spokesperson for the broadcaster said: ‘Kym Marsh has tested positive for Covid-19. As a result, Kym and Graziano will not be taking part in Strictly Come Dancing this weekend.’

They added that the guidance surrounding positive coronavirus cases means that if Kym is negative by the following week, she should be able to come back.

‘Strictly Come Dancing protocols mean that all being well, they will return the following week,’ they said.

This year, several of the previous restrictions put in place on Strictly as a result of the pandemic were removed, including plastic barriers between the judges and the absence of a studio audience.

Hear’Say singer and Coronation Street actress Kym was last seen on the dancefloor this past Saturday, when she performed a passionate Paso Doble with her partner Graziano Di Prima. 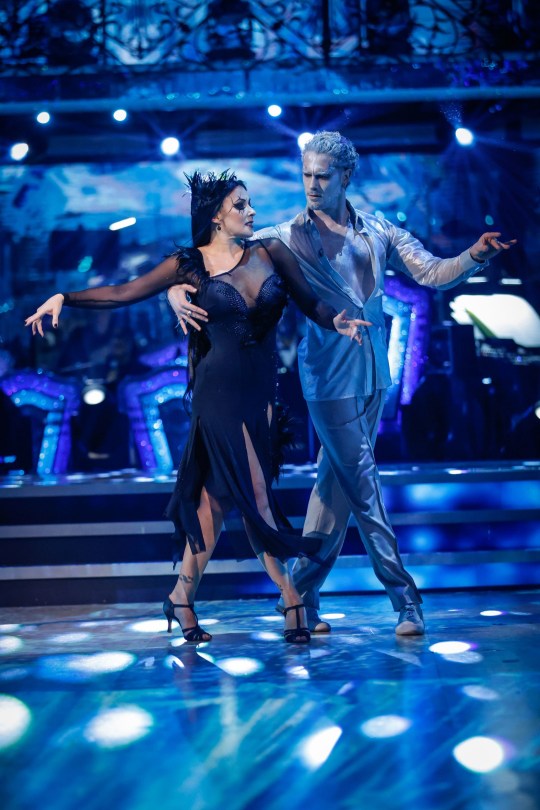 Kym and Graziano should hopefully be back next week (Picture: Guy Levy/BBC)

Despite being second from the bottom of the leaderboard with a score of 33 out of a possible 40, Kym and Graziano managed to avoid the dance-off.

Instead, Tyler West and Dianne Buswell landed in the bottom two opposite Molly Rainford and Carlos Gu, with the former pair being the chosen couple to be sent home by the judges.

After finding out they’d made it through past Blackpool week, Kym and Graziano shared a joint post on Instagram with a caption that read: ‘We are through week 10!!

‘We are on cloud 9, THANK YOU THANK you so much!! We are living a dream with open eyes!! Much love to you all!! keep supporting us please and.. KEEEP DANCING.’

Their highest score so far was 37 out of 40, which they achieved for their sizzling Argentine Tango in week seven.

In week eight, Kym and Graziano performed an American Smooth to Cinematic Pop’s Chasing Cars, which she dedicated to her late son Archie, who died shortly after birth in 2009.

‘That song is very special to us as a family because it reminds us of my son, Archie, I gave birth to him prematurely, and unfortunately he died shortly after he was born,’ she said in a VT.

‘I feel like by doing this dance, not only is it going to be in memory of Archie but it also hopefully might get people talking about their own experiences, because it’s the right road to putting your life back together.’

Strictly Come Dancing returns on Saturday at 7.15pm on BBC One.