AJ was one of three celebs to be announced for Strictly 2021 (Picture: PA)

The big reveal was made on The One Show, with co-hosts Alex Jones and Amol Rajan welcoming each of the three celebs onto the programme to share their glitzy news.

AJ was the third star to be unveiled, her voice instantly recognisable before she spun around on the sparkly chair.

The TV personality explained that she’s a massive fan of Strictly, confessing that she didn’t even tell her mum that she was going to be on the programme.

‘I can’t even tell you how much we love the show. This is a dream come true. I’ve got seven siblings, you know how parents say they don’t have a favourite child, this is favourite child status right here.’ 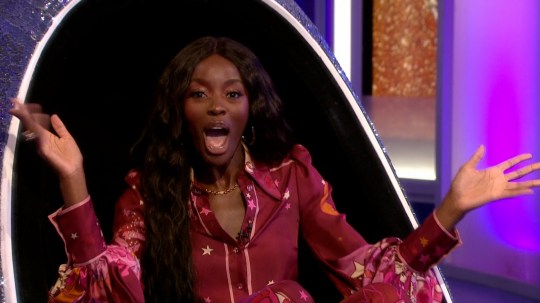 AJ admitted that she and her mum are massive fans of Strictly (Picture: BBC/The One Show)

So who is AJ and what has she done in her career?

Who is AJ Odudu?

AJ is a TV presenter best-known for starring on Big Brother’s Bit on the Side with Rylan Clark-Neal and Emma Willis in 2013.

She went on to present Celebrity Big Brother’s Bit on the Psych, before presenting backstage for The Voice UK and The Voice Kids.

From Extra slice to Richard Osman’s House of Games, the celebrity version of The Chase and Celebrity SAS: Who Dares Wins, AJ has made countless TV appearances.

Later this year, AJ will present a two-hour special return of The Big Breakfast with comedian Mo Gilligan. 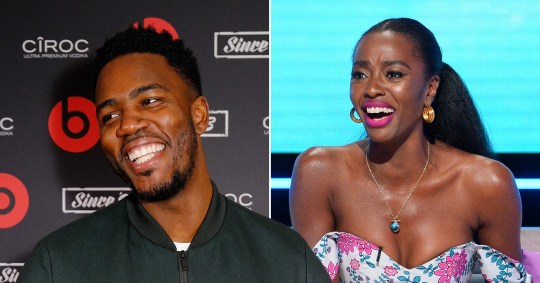 AJ and Mo are joining forces for The Big Breakfast’s return. (Picture: Getty/Rex)

While a start date for Strictly 2021 is yet to be announced, the show always commences in autumn, leading up to the end of the year.

Last year, the show launched on October 17, with the live shows commencing the following week.

The 2021 series is expected to run for the full 13 weeks, after last year’s show was delayed due to the pandemic.

While Craig Revel Horwood, Shirley Ballas and Motsi Mabuse are returning to judge Strictly, they will be joined by a fourth new member.

After appearing briefly as a guest judge on Strictly 2020, former Strictly professional will officially join the panel for the entire series, taking the place of Bruno Tonioli.

Last year, Bill Bailey was crowned the champion of Strictly, winning the competition with his professional partner Oti Mabuse.

Comedian Bill became the oldest contestant to win the show, while Oti won her second series in a row after her 2019 triumph with Kelvin Fletcher.

Strictly Come Dancing 2021 will return to BBC One later this year.