One of Strictly Come Dancing’s contestant reveals left some fans confused when Tilly Ramsay was confirmed to be joining the line-up of the 2021 series.

Following weeks of speculation, the announcement on This Morning was not much of a surprise to the TV chef and influencer’s own fans.

However, some Strictly viewers were confused by the 19-year-old daughter of Gordon Ramsay being part of the line-up, with many querying her credentials.

Some asked if she is considered a celebrity, while one tweeted: ‘I presume Tilly Ramsay is Gordon Ramsays daughter who is well known for?…’

Others added to the outcry, with another saying, ‘Erm… is Tilly Ramsay really a celebrity? I’ve obviously missed something.’

Amid the Twitter tirade, Tilly’s fans made sure it was known that yes, she is actually a legitimate star. 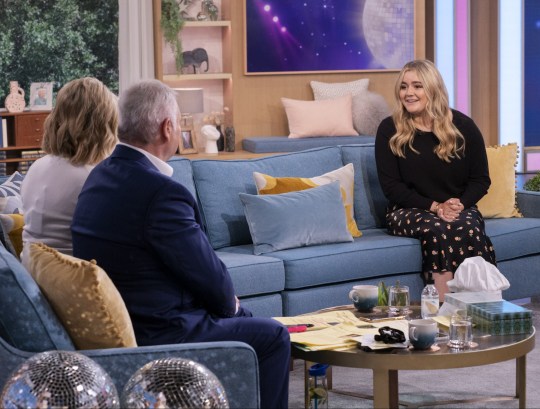 Tilly announced her Strictly stint on This Morning on Wednesday (Credits: Ken McKay/ITV/REX/Shutterstock)

Since when was Tilly Ramsay a celebrity?

Tilly hosted Matilda and the Ramsay Bunch on CBBC alongside her family for five series until 2019.

She has also built a strong presence on TikTok amassing almost 10 million followers, and is following in her famous father’s footsteps as a celebrity chef, and she’s even appeared on his show MasterChef Junior.

‘Tilly Ramsay presented her own CBBC show for 4 years – she might not be a celeb to Derek (45) from Kent but she’s a pretty good get for the younger audience,’ wrote one fan, stating the facts.

‘What a lovely refreshing young lady @tillyramsay is so nice embrace #strictly have fun your parents are always proud of you so you can’t fail,’ added another.

Tilly Ramsay presented her own CBBC show for 4 years – she might not be a celeb to Derek (45) from Kent but she’s a pretty good get for the younger audience. #Strictly

Another Strictly fan admitted that, while they didn’t know Tilly before the announcement, they were still excited about her addition to the line-up: ‘I’m at an age where I’ve not known half the celebs but over the years I’ve had an insight to younger people I might never have had. They’ve all won me over as wonderful people. Good luck @tillyramsay looking forward to learning about you.’

Some of Tilly’s loyal fans also called out the mean comments, saying: ‘All these comments about #TillyRamsay are just nasty! She is well known in her own right now (9.5M followers on Tik Tok) … she’s a lovely person and I think she’s a great addition to #StrictlyComeDancing.’

Matilda will be joined on the Strictly dance floor by the likes of former Coronation Street star Katie McGlynn and BBC Breakfast presenter Dan Walker, who were confirmed yesterday.

She is also not the only CBBC star on this year’s line-up with Rhys Stephenson also having been announced.

Actor Greg Wise was also confirmed for the line-up along with Tilly on This Morning.

Trains, chants and greasy spoons: joys of being an away fan will soon be back | Premier League