Former Strictly Come Dancing professional Kevin, 38, on the upcoming season of the BBC One show, his ‘goth phase’ and shocking his fans on stage.

Why did you want to appear in Rock Of Ages?

I saw it on Broadway in 2009 and had the best night. I went back and saw it seven times because I loved it so much. When I finally got to do it a couple of years ago it was a dream come true. After the producers said they were going back on tour with it after the pandemic I dropped a few hints that I’d like to do it again. When they offered me the part I jumped at it.

It’s the story of Drew, a wannabe rock star and Cherry, a wannabe actress who have moved to LA to try to make it. They end up working in a dive bar, which is under threat of being knocked down. They try to save it by putting on a big rock show with a huge band, but the lead singer Stacee Jaxx, who I play, had decided he’s bigger than the band and has decided to go solo.

He’s a pompous, camp, over-the-top rock star who thinks that he’s untouchable and can do whatever he wants. He’s very destructive and drunk most of the time. I have long rock star hair, a bandana, a cowboy hat, silver cowboy boots, a tasselled jacket and very tight jeans!

Yes, because in real life I’m chilled and quite nerdy! I’m as far from a rock star as you can get. My nights consist of a cup of tea and catching up with Match Of The Day. It’s nice to do something completely different. 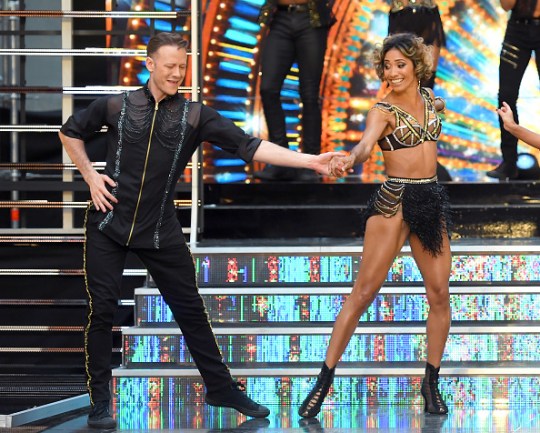 He’s not ruled out a return to the show (Picture: Karwai Tang/WireImage)

Will it shock Strictly fans?

When I did the Rock of Ages tour a couple of years ago there were two ladies who were Strictly fans who came to the show. At the interval they asked for their money back, because they said it was advertised that Kevin from Strictly was in it and they didn’t believe that it was me under the wig, acting like that!

There was a period 10 years ago when I was a bit of a Goth, with long black hair, eyeliner and black fingernails. I had a distressed velvet tail coat with tassels, a top hat and a cane. It was spring-loaded. I’d keep it in my jacket pocket, walk into a bar, click it and then stand at the bar with this cane, thinking I looked really weird and interesting. And then nobody came to talk to me!

We’re guessing you were very single at the time…

Yes. And that’s why I don’t dress like that anymore. I’ve got a girlfriend now and she’s not really into that look! I’ve shown her pictures of that time and she thinks it’s the most ridiculous thing she’s ever seen!

Would you ever go back to Strictly?

It’s not going to be this year and in 2022 I’ll be appearing in Strictly Ballroom the musical, so the next opportunity would be Strictly 2023, at which point I’ll be 40. Never say never, but I can’t see myself coming back as a dancer. So maybe there’s something else on the show, like being a judge one day. I would love that. 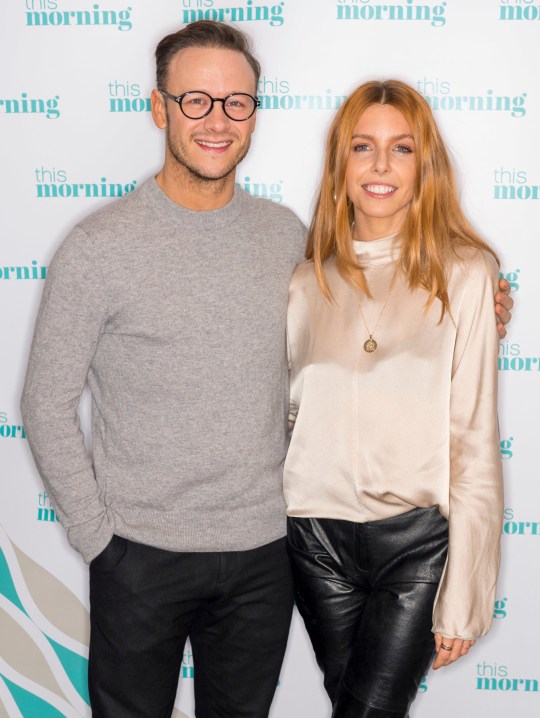 Who do you fancy to win the new series of Strictly?

I think Tom Fletcher might be good and Stacey [Kevin’s girlfriend, TV presenter Stacey Dooley] knows AJ Odudu and says she’ll be great and that everyone will love her. I’m away on tour, but I’ll definitely be watching as much as possible.

What did you do during lockdown?

For the first couple of months I decided to do absolutely nothing and not worry about exercise or what I was eating. Stacey took a picture of me lying across the sofa watching telly, with a can of coke resting on me and my belly hanging over my trousers. I was like: ‘oh no, look at the state of me!’ You don’t realise you’re gaining weight at the time.

How did you get your role in the stage show Singing In The Rain?

Stacey and I watched the film on Christmas Day. Every time I went to my Nan’s house she had Singing In The Rain on and I must have seen it hundreds of times. After we watched it Stacey said: ‘Out of everything I’ve seen you do, I think Cosmo Brown in that film is your perfect role – you have to play him at some point.’ Then a few months later my agent called and asked if I wanted to audition. I’d never tap-danced. It was lockdown, so I ordered some tap shoes and a tap board on Amazon and started learning on YouTube ahead of the audition. I got the part. Stacey said she was taking all the credit for it – she manifested it!

What’s your favourite way to unwind?

I like catching up on Match of the Day and I’m a big wrestling fan. I’m a really hard worker and I’ll give everything I’ve got, as long as I know that at the end of the day I’ve got that hour that’s mine. Otherwise I start to feel overwhelmed.

During lockdown I took an online writing course and started working on a TV drama based in the ballroom competition world. It would be great to get that made. I wrote a book a few years ago and I’d love to turn that into a play and I’d like to act in a straight play.

For tickets for the UK tour of Rock Of Ages see rockofagesmusical.co.uk

The safest cities in the world have been revealed