John Whaite and Johannes Radebe’s first dance on Strictly Come Dancing earned them a standing ovation from fans and friends in the studio.

The pair had made history as the first all-male pair competing on the show, and their debut promised big things to come as the new series kicked off.

Former Great British Bake Off star and TV personality John, 33, performed an intense tango routine with Johannes, 34, to the song Blue Monday, which went down a storm with both viewers and the judges alike.

‘Just carry on like that please and I will be delighted. Fabulous.’

Shirley Ballas added: ‘Well, I feel this is a testament to the same-sex couple. It was absolutely exquisite.’

Even notoriously difficult to please judge Craig Revel-Horwood told the pair he ‘loved it’ but spotted a stray thumb poking up from John, for which he docked some points.

It’s the first time an all-male pairing has competed on the show, but the first same-sex coupling took place last year as boxer Nicola Adams paired with dancer Katya Jones for an all-female pairing, whose time on the show was cut short after Katya tested positive for coronavirus. 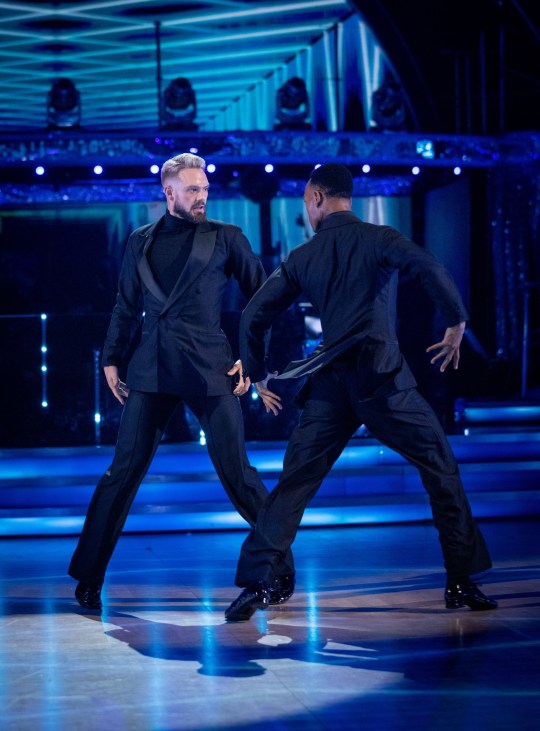 John and Johannes briefly topped the leaderboard with their first dance, which got a score of 30 out of a possible 40 points from the judges.

They ended the night in joint second place with Adam Peaty and Katya, but were pipped to the post by AJ Odudu and Kai Widdrington, who scored 34.

John previously said of the same-sex pairing: ‘[It’s] a great step forward in representation and inclusion.

‘I’ve been wearing sequins and jazzy attire since I was three years old and can’t wait to hurl myself, full throttle, around the most glamorous dance floor on earth.’

Strictly Come Dancing airs onSaturdays from 7pm on BBC One.

Footie aces refusing to get jabbed being hoaxed by anti-vaxxers, Government fears