The chemistry between AJ Odudu and Kai Widdrington is unmatched (Picture: BBC)

The pair have been embroiled in romance rumours since the 2021 series began, with them appearing to nearly lock lips at the end of their spicy performance last week.

Speculation reached fever pitch on Saturday when Claudia (and AJ’s nephew) egged them on to peck before the judges revealed their scores.

Taking a closer look at what happened between the duo, body language expert Judi James exclusively told Metro.co.uk that AJ and Kai put on an ‘over-exaggerated display of shock’.

‘It’s almost too perfect that the only couple that can produce a guilt-free real-life romance off the dancefloor as well as on it this year appear to be doing just that,’ Judi said of the couple.

‘AJ has been using body language flirt signals with Kai for weeks now, giggling coyly with her hand held in a sweet cut-off ritual as he speaks and even placing her hand on his chest in a gesture of possession and affection. 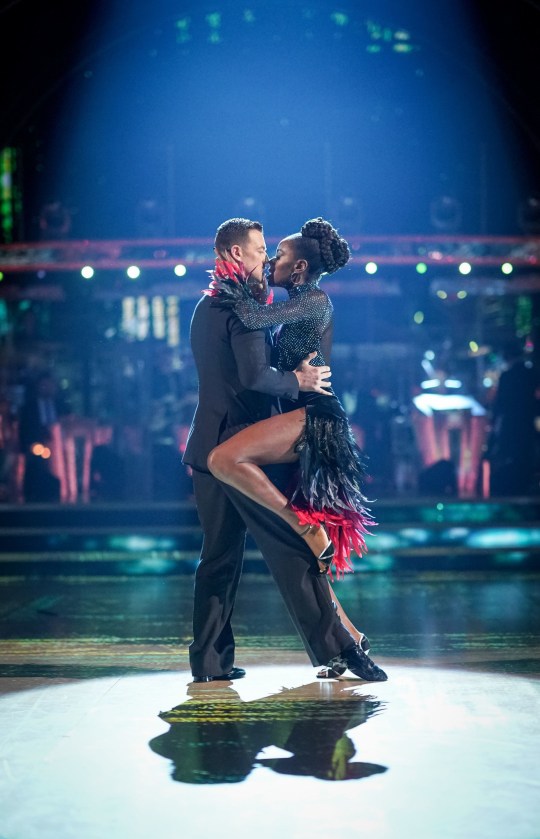 ‘This week though the speculation came to the surface as both AJ’s little nephew and Claudia Winkelman egged the couple on for a kiss in a way that normally only happens in a school playground during a wind-up.’

Judi continued: ‘Both AJ and Kai performed a very over-exaggerated display of shock the first time, both throwing their heads back and opening their mouths as though the very idea had never occurred to them, which looked suspicious in itself.

‘With Claudia though, AJ looked teasingly open to going public, turning to wrap her arms around Kai and use eye contact to suggest she might be up for an off-dancefloor repeat of their choreographed near-kiss of the week before.’

Kai on the other hand continues to remain more ‘gentlemanly’, Judi reports. 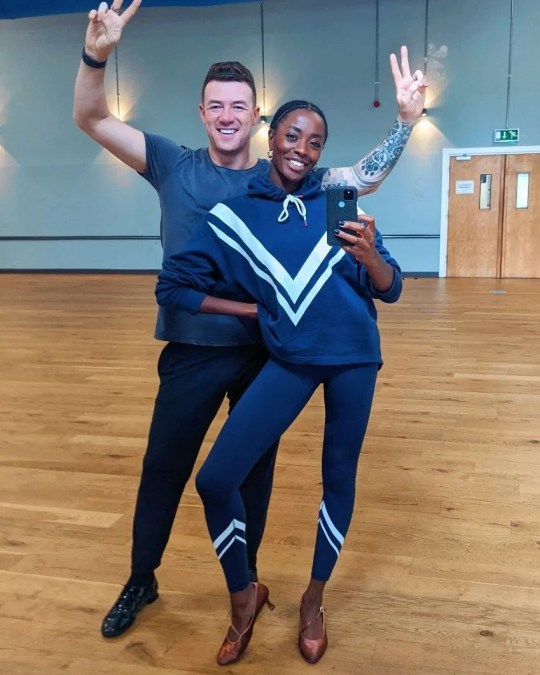 AJ and Kai have been sailing through the competition (Picture: Instagram)

‘He cheated horribly, pressing his lips on the back of AJ’s hand rather than her cheek or even lips,’ she added.

‘He seems to be adopting a more professional stance here, while AJ looks much more up for some openness. The good news for this couple though is that their dances are so sublime that no-one could accuse them of manufacturing a faux-mance to gain extra votes.’

AJ and Kai previously addressed romance speculation with Rylan on It Takes Two.

Kai took the lead, explaining that he previously said to AJ that if they managed to make viewers think that they were romantically involved, then they had achieved their aim with their performance.

While AJ didn’t speak on the romance rumours, she was grinning from ear to ear as Kai addressed their spark on the dancefloor.

Strictly Come Dancing continues tonight at 7.10pm on BBC One.