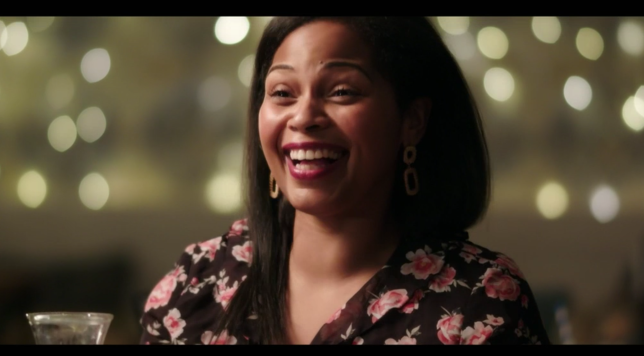 Venicia appeared on Strangers Making Babies to find a co-parent to welcome a child with (Picture: Channel 4)

Channel 4 viewers have been left divided over new series Strangers Making Babies, with some convinced the ‘world has gone mad’.

The show basically does what it says on the tin, following strangers looking to meet prospective people to have children with.

While romance could bloom between some partners, the emphasis is on forming a co-parenting bond to bring a child into.

‘I do want to be a mum because I have a lot of love to give,’ Venicia, 34, told the experts. ‘I raise these babies every day and I’m ready to keep them!’

While Sarah added: ‘Trying to find a co-parent can be a little like shoe shopping because you end up looking for the shiniest of all of the options.’ 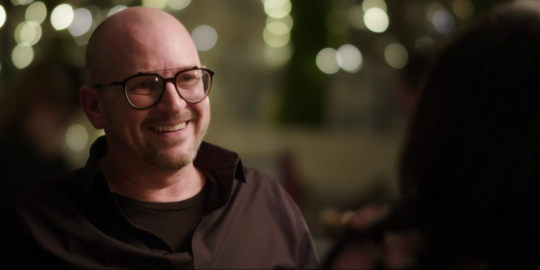 Nigel and Venicia seemed to bond during the episode (Picture: Channel 4)

As you’d expect, there were more than a few opinions on the scenes, as viewers flocked to Twitter to discuss the scenes.

Shocked by what they were watching, one penned: ‘This just feels like a disaster waiting to happen  #strangersmakingbabies.’

A baffled fan questioned: ‘Why on Earth would you have a baby with a complete stranger? It’s completely bizarre #strangersmakingbabies.’

‘The world is gone mad,’ another stated. ‘When you think we’ve seen it all… There’s a program on @Channel4 called and about #strangersmakingbabies [sic].’

Why on Earth would you have a baby with a complete stranger? It’s completely bizarre #strangersmakingbabies

Likeable characters coming together to provide human life, why is this something iâve never heard of? Great show #strangersmakingbabies

However, some were a little more open to the scenes, and branded it a great idea.

‘Actually starting to think this may be a good idea #strangersmakingbabies,’ a Twitter user suggested.

‘Likeable characters coming together to provide human life, why is this something I’ve never heard of? Great show #strangersmakingbabies,’ a fan posted.

‘As someone who co-parents, I think this #strangersmakingbabies is actually a great idea,’ a follower agreed.

The series will continue weekly as potential co-parents are matched to see whether they click.

‘A group of single, would-be parents look for a platonic partner to have a baby with, without the complication of finding love first,’ the official synopsis reads.

Strangers Making Babies continues on Tuesdays, at 9.15pm, on Channel 4.

Boy, 6, left with memory loss after being hit by teen on e-scooter