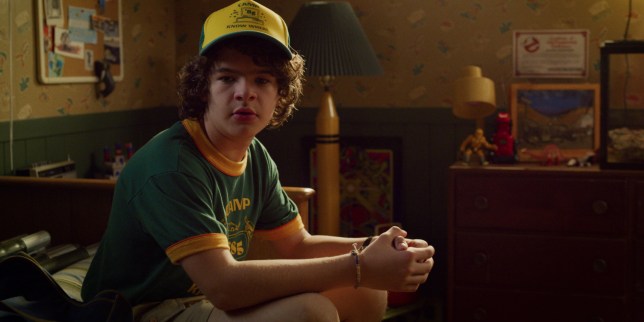 Stranger Things’ Gaten Matarazzo has teased that season 4 of the beloved Netflix sci-fi drama will have a more ‘matured’ tone.

After sharing how the coronavirus pandemic changed the way the show’s creators worked on the script, the Dustin Henderson star opened up on what fans can expect when it finally arrives.

‘I think what the goal for the boys, for Matt and Ross [Duffer], to do is to make sure that the bar is raised every single season, but it’s raised not too much to a point at which we couldn’t be able to exceed or match what we’ve done prior,’ Gaten shared.

He continued: ‘I think the tone is definitely matured for sure, and I think they do that on purpose because I think they want their show to mature with their kids.

‘As we are growing older as people, we have to grow older as characters. They’re confronted by this issue, but they embrace it, and they use it to their advantage.’ 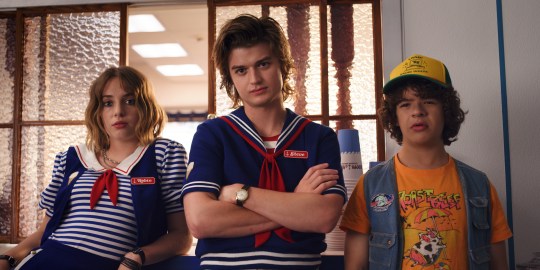 Gaten added to ET: ‘And they don’t freak out when we get taller or when our voices drop or anything like that. They use it and they use it as ammunition for their writing. It’s incredible what they can do.’

Filming four season four is currently back underway after being shut down on March 16 last year due to the pandemic.

Earlier this week, Millie Bobby Brown demanded her co-star David Harbour to stop revealing secrets from the set as he shared a video in costume from his dressing room.

Stranger Things is available to stream on Netflix.