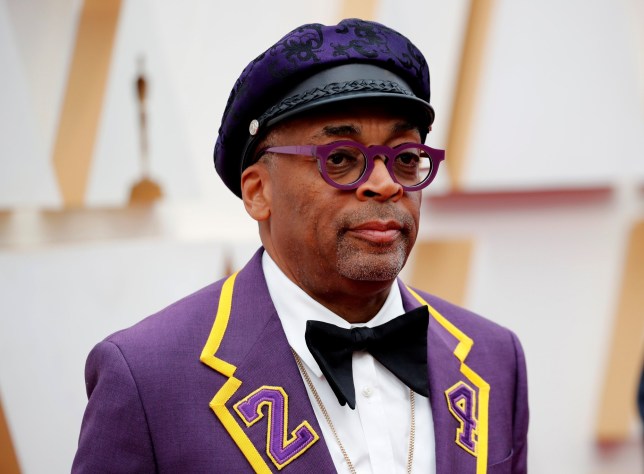 Spike Lee will pay tribute to his beloved New York with the September 11 documentary (Picture: Reuters)

Spike Lee has confirmed he will produce and direct a new documentary about the 9/11 terror attacks to coincide with the 20th anniversary later this year.

The Oscar-winning filmmaker has landed a deal with HBO and HBO Max to create NYC Epicenters 9/11→ 2021½, a multi-series on the harrowing events of September 11, 2001.

Announcing the project in a statement, Spike said: ‘As a New Yawker who bleeds orange and blue (the colours of New York City), I’m proud to have a Spike Lee Joint about how our/my city dealt with being the epicenters of 9/11 and Covid-19.

‘With over 200 interviews, we dig deep into what makes NYC the greatest city on this God’s earth and also the diverse citizens who make it so.’

He continued: ‘Over centuries pundits and straight haters have proclaimed NYC was dead and stinkin’, only to be proved wrong. You will lose ya money betting against New York, New York. And dat’s da truth, Ruth. Be Safe. Peace And Love.’

The docu-series will look into how New Yorkers rebuilt and rebounded from the terror attacks but also the ongoing coronavirus pandemic. It will feature first-hand accounts from those directly affected by 9/11.

Widely regarded as the day that changed the world forever, the events of 9/11 saw four al-Qaida terrorists hijack four planes and kill almost 3,000 people. Two planes hit the Twin Towers in New York, with two other attacks in Virginia and Pennsylvania a short time later.

Lisa Heller and Nancy Abraham, co-heads of HBO Documentary Films, added in their statement: ‘We’re thrilled to have another groundbreaking HBO documentary event from Spike Lee.

‘From documenting the devastation of Hurricane Katrina in New Orleans to the 9/11 attack on New York City and beyond, we treasure Spike’s singular capacity to chronicle and pay tribute to the human toll of these historic events while bearing profound witness to the strength and resiliency of the human spirit.’

Spike, 63, has worked with HBO for many years and has directed several projects for the network, including 4 Little Girls, When the Levees Broke, and David Byrne’s American Utopia.