A close friend from Alex’s past is revealed (Picture: David Bukach/TNT/Netflix)

While Snowpiercer fans are still holding out hope that Melanie Cavill (Jennifer Connelly) somehow survived her venture into the cold wilderness in season 2, the latest episode of season 3 saw her return in an alternative way.

A harrowing mystery concerning Layton (Daveed Diggs) and Zarah’s (Sheila Vand) baby was also uncovered, as it was revealed that Zarah consented to undergoing experimental procedures organised by Wilford (Sean Bean) while pregnant.

In the most recent instalment of the post-apocalyptic tale, Melanie’s daughter Alex (Rowan Blanchard) and engineer Bennett (Iddo Goldberg) leave Snowpiercer in their protective suits to make their way to three cars that were previously detached from Big Alice, the sister train that Wilford was in charge of.

They need to detach the anchors on the cars in order to clear Snowpiercer’s path, with fellow engineer Javi (Roberto Urbina) in contact with them from the Engine.

Memory of Melanie lives on through Alex and Wilford

While in the detached train cars, Alex reveals to Ben that they contain the dead bodies of individuals Wilford decided to cull from Big Alice. 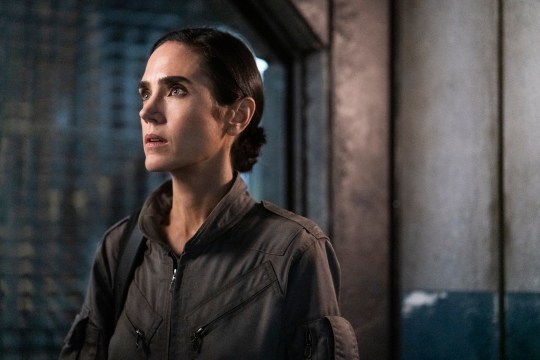 Looks like we might have to wait just a bit longer for confirmation of Melanie’s possible survival (Picture: David Bukach/TNT/Netflix)

These include Alex’s childhood friend Shilo, who she finds frozen in her bed, her toy rabbit at her side.

While in the cars, Alex communicates with an apparition of Melanie, who gives her words of comfort when she doesn’t believe that she can detach the anchors without Wilford’s help.

But Alex isn’t the only person this ghostlike presence of Melanie visits, as she also speaks to Wilford while he’s being held in a cell aboard Snowpiercer.

Experiments on Layton’s baby are revealed

It was previously teased that the Headwoods, Wilford’s team of scientists, were experimenting on Zarah’s baby while she was pregnant, leading to questions as to whether Zarah was aware of what was going on. 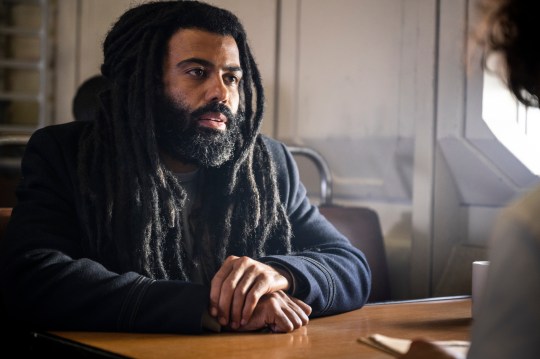 Layton is furious to find out what’s been going on behind his back (Picture: Robert Falconer/TNT/Netflix)

In episode four, it was finally confirmed that Zarah actually agreed to the procedure, as Layton confronted Mrs Headwood (Sakina Jaffrey) about what was going on.

It turns out that they were performing gene therapy on the foetus, with the aim of giving it immunity to the cold, just like Josie (Katie McGuinness) when she was recovering from her injuries.

While Layton was furious with Zarah that she would ever agree to the procedure, he still later returns to their joint carriage to be with her. 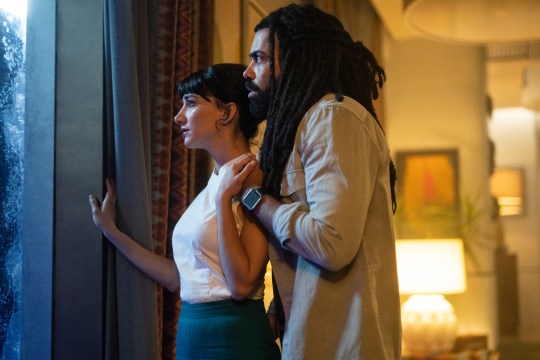 How will the experiments impact Layton and Zarah’s baby? (Picture: David Bukach/TNT/Netflix)

Romance brews between Ruth and Pike

We all knew it was coming – but the flirtation between Ruth (Alison Wright) and Pike (Steven Ogg) has officially developed into a fully-fledged romance.

While Pike appears to still have his walls up, refraining from revealing anything to Ruth about his past before boarding Snowpiercer, fans were ecstatic to see the two get together at last.

‘Ruth / Pike is the ship I didn’t know we deserved,’ one person tweeted.

‘Never in a million years would I have thought Pike and Ruth were gonna be a thing. Yet here we are and they’re my favourite couple in the show,’ someone else remarked.

Snowpiercer is available to watch on Netflix with new episodes dropping on Tuesdays.