Sky Rojo is the latest Netflix series that’s grabbing viewers’ imagination – with three sex workers on the run from their pimp on a high stakes game of cat-and-mouse.

Coral, Wendy and Gina hit the road in a car covered in red leather (hence the name of the show, which translates to red leatherette), as they try and free themselves from the criminal underworld.

But Romeo, their pimp, and his henchmen Moises and Christian ahve other ideas and soon they’re fighting to stick together and stay alive.

Violent and unrelenting, the series takes us into their criminal underworld as they try to evade capture.

Created by the team behind the smash hit Money Heist and White Lines, the brutal show is not short on bloodshed.

So what’s to come for the trio? Here’s what you need to know. 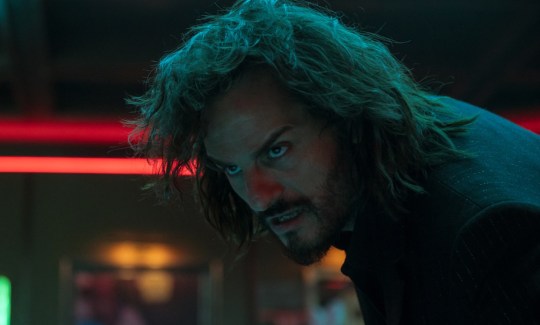 Things did not go the way the girls planned – and it’s going to get bloody (Picture: Netflix)

In episode eight of the series, titled Bear Trap, the girls try to put their mission of revenge in place – taking out those chasing after them once and for all.

But it gets off to a shaky start when Wendy is sexually assaulted in a bathroom cubicle, after she turns down someone who was previously a client of hers.

Meanwhile, Moises and Christian – while interrogating Fernando – begin to fall out when Christian discovers Romeo helped his friend kill and dispose of his parents.

Fernando, determined to protect the girls, decides to kill himself while they are distracted, throwing himself into a vat of acid.

Romeo, having tracked the girls down on his phone, then sets the squabbling henchmen off to find and kill them once and for all. 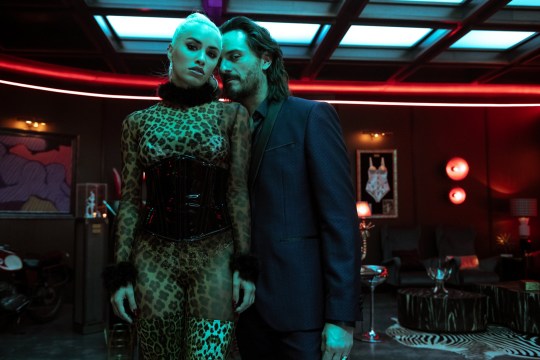 What will become of the girls as they try to break free of Romeo? (Picture: Tamara Arranz)

Coral later confronts a coke-high Romeo at the club, and start fighting over Coral’s attachment to Moises, having discovered that they had previously slept together.

Feeling guilty, she decides to try and revive him. But when she successfully does, he repays the favour by immediately strangling her.

Moises confronts Wendy and Gina as he tracks them down, and in an ensuing fight, they manage to guide him them into a pit they’ve made especially for them, before filling it in with a digger.

But Wendy didn’t manage to get away scot-free, and is now nursing a pretty nasty bullet wound after Moises managed to get a shot in before being buried alive.

Will there be a Sky Rojo season 2?

Yes! It’s been confirmed that the drama is returning for a second season.

The new episodes will drop on July 23. 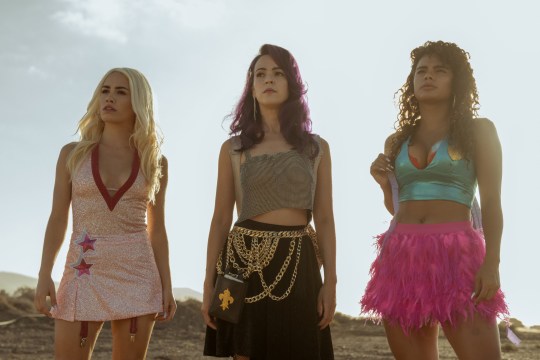 The series has faced criticism for its violence against women (Picture: Netflix)

What do Sky Rojo reviews say?

Reviews for Sky Rojo have been mixed – with the series being praised as ‘Latin pulp’ for its breakneck drama, but criticised for its male-on-female violence that’s present throughout.

The Guardian said: ‘Sky Rojo’s punchy 25-minute runtime is never long enough to truly try the patience. Those wild cliffhanger endings should have you slamming “next episode” faster than Coral slams the accelerator at a busy intersection.’

NME largely agreed, but said that there is a negative side – mainly the violence the women endure. They wrote: ‘It’s a cool show. An exciting one. The music is great and the performances are solid. But there will be those who find the misery its female characters are put through indicative of the suffering female characters are put through as standard in a long list of modern TV drama.’

‘The series, trapped within the male gaze, has far too much fun punishing its female characters,’ said Digital Spy. ‘While there are multiple men who suffer grisly fates, such as one who is dissolved in a vat of acid, the female suffering is primarily rooted in sexual exploitation.

‘They are repeatedly violated, their sense of selves entirely upended, and the show is happy to dole that out time and time again.’

Sky Rojo is available on Netflix.