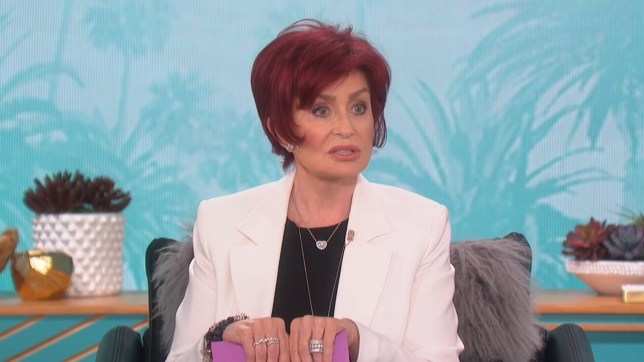 Sharon Osbourne has opened up further about her exit from The Talk (Picture: The Talk/CBS)

Sharon Osbourne has given another interview about her controversial exit from The Talk, hitting out at a ‘witch-hunt’ for people ‘with unconscious bias’.

In March this year, it was announced that Sharon, 68, had quit the US talk show following a heated row she became embroiled in with co-host Sheryl Underwood about criticisms Piers Morgan made about Meghan Markle following her and Prince Harry’s bombshell interview with Oprah Winfrey.

Sharon became increasingly emotional as she fiercely defended Piers, telling Sheryl to ‘educate me’ on racism and saying that she felt she was being ‘put in the electric chair because I have a friend who many people think is racist’.

On Friday, the former X-Factor judge gave her first televised interview since her departure from The Talk, telling Bill Maher that she ‘will not take being called a racist’.

In a new interview with The Mail on Sunday, Sharon compared the treatment of people ‘with unconscious bias’ to attitudes towards individuals who were believed to be Communist in ‘the McCarthy era’ around the 1950s in America.

‘The young generation of Black people has just had it with being treated the way they’ve been treated. They’re not taking it any more and, OK, I get it. I really do. But you can’t go on a witch-hunt,’ she said. 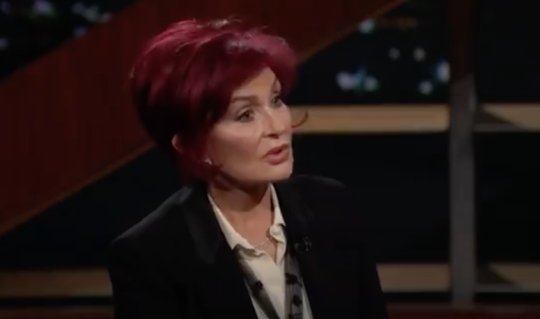 Sharon told Bill Maher she ‘will not take being called a racist’ (Picture: HBO)

‘It is like the McCarthy era here; where they say you’re a Communist and they take your life away from you. Now it’s the same way with unconscious bias,’ she added.

According to the publication, she is planning on writing a book telling her account of what happened amid her fallout with The Talk.

Following Sharon’s on-air clash with Sheryl, The Talk went on hiatus and CBS conducted an internal investigation into the incident.

When it was announced that the TV personality was leaving the programme, CBS released a statement that said that ‘the events of the March 10 broadcast’, when Sharon and Sheryl’s exchange occurred, ‘was upsetting to everyone involved, including the audience watching at home’.

‘As part of our review, we concluded that Sharon’s behavior toward her co-hosts during the March 10 episode did not align with our values for a respectful workplace,’ the TV network said.

The firm added: ‘We also did not find any evidence that CBS executives orchestrated the discussion or blindsided any of the hosts,’ after Sharon claimed that she felt ‘blindsided by the whole situation’.

On March 12, Sharon released an apology online regarding her conduct on the show, in which she said that she has ‘deep respect and love for the Black community’.

‘To anyone of colour that I offended and/or to anyone that feels confused or let down by what I said, I am truly sorry,’ she stated.