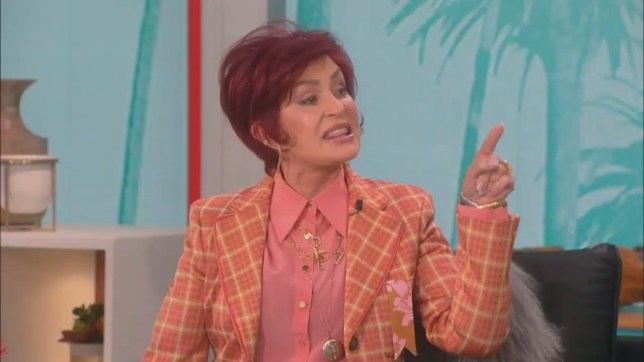 Sharon Osbourne has issued an apology for her tearful defence of Piers Morgan and demanding a definition of racism from co-host Sheryl Underwood on The Talk.

The 68-year-old has said she ‘panicked’ and ‘got defensive’ when she believed she was being accused of being racist on the chat show, after she defended Piers Morgan following his comments about Meghan Markle.

In a statement shared to social media, Sharon wrote: ‘After some reflection, after sitting with your comments & sitting with my heart I would like to address the discussion on The Talk this past Wednesday. I have always been embraced with so much love & support from the black community & I have deep respect & love for the black community. To anyone of colour that I offended and/or to anyone that feels confused or let down by what I said, I am truly sorry.

‘I panicked, felt blindsided, got defensive & allowed my fear & horror of being accused of being racist take over. There are very few things that hurt my heart more than racism so to feel associated with that spun me fast! I am not perfect, I am still learning like the rest of us & will continue to learn, listen and do better.’

The former X Factor judge continued: ‘Please hear me when I say I do not condone racism, misogyny or bullying. I should have been more specific about that in my tweet. I will always support freedom of speech, but now I see how I unintentionally didn’t make that clear distinction.

Fans commended Sharon in the replies for apologising; however, many quote-tweets rejected her statement, and pointed out that there was no apology directed at Sheryl, who she clashed with on the show.

Piers’ departure from Good Morning Britain made headlines across the world, after he quit following backlash to comments he made about the Duchess of Sussex.

Following Meghan and Harry’s interview with Oprah Winfrey, Piers, 55, said he did not believe Meghan when she said she had been suicidal and was rejected when she sought psychiatric help.

Sharon, who worked with Piers on America’s Got Talent, defended her friend, tweeting: ‘[Piers] I am with you. I stand by you.

‘People forget that you’re paid for your opinion and that you’re just speaking your truth.’ 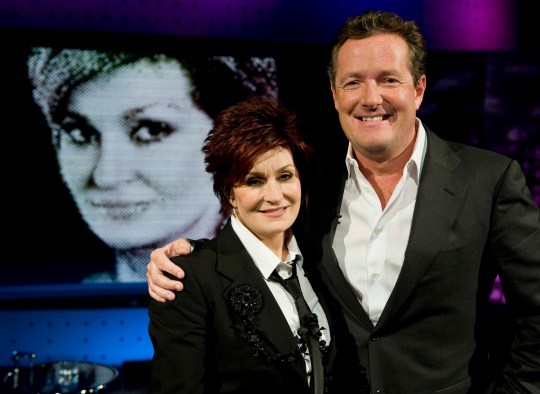 Things then got heated when the matter was addressed on The Talk.

Sharon said: ‘Did I like everything he said? Did I agree with what he said? No. Because it’s his opinion. It’s not my opinion… I support him for his freedom of speech, and he’s my friend. I’m not racist… I don’t care what colour or what religion anyone is. Are you a nice person? That’s what I judge you on.’

Sheryl, 57, then challenged her colleague: ‘What would you say to people who may feel that while you’re standing by your friend, it appears you gave validation or safe haven to something that he has uttered that is racist, even if you don’t agree?’

Sharon replied: ‘I very much feel like I’m about to be put in the electric chair because I have a friend, who many people think is a racist, so that makes me a racist? What does it gotta do with me?’

The star became increasingly emotional as she continued: ‘I will ask you again Sheryl, I’ve been asking you during the break and I’m asking you again, and don’t try and cry ‘cause if anyone should be crying it should be me. Educate me. Tell me when you have heard him say racist things.’

Sheryl calmly explained: ‘It is not the exact words of racism, it’s the implication and the reaction to it.

The clip from the show went viral, with Sharon’s behaviour widely criticised.

Nazanin Zaghari-Ratcliffe reveals torture in Iran jail including being chained up, blindfolded and threatened with death