In a new documentary on Channel 4 audio tapes of the publicist, who died over three years ago, are played of him talking about his unquenchable lust. 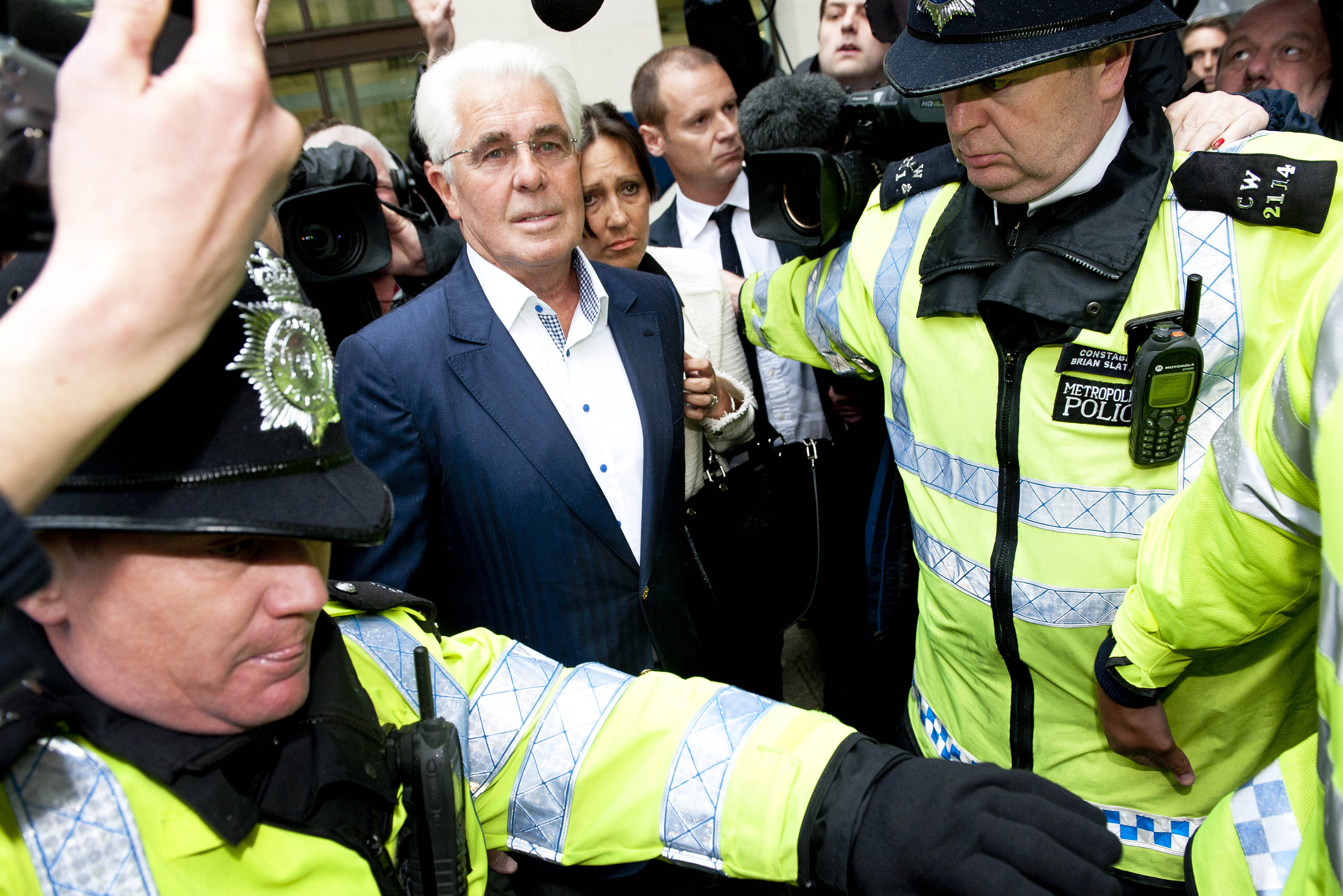 Clifford was convicted in 2014 of eight indecent assaults on girls and women as young as 15.

In the expose, which will be shown on Monday, he can be heard explaining how he posed as a fictional associate in order to lure women to his office to give him sexual favours.

As a PR man with contacts across the entertainment industry, Clifford used a fake voice and called himself Terry Denton as he manipulated his star-struck victims.

Clifford, whose former clients included Simon Cowell, OJ Simpson and Michael Jackson, had told women he could make them Bond girls or turn them into the new Jodie Foster. 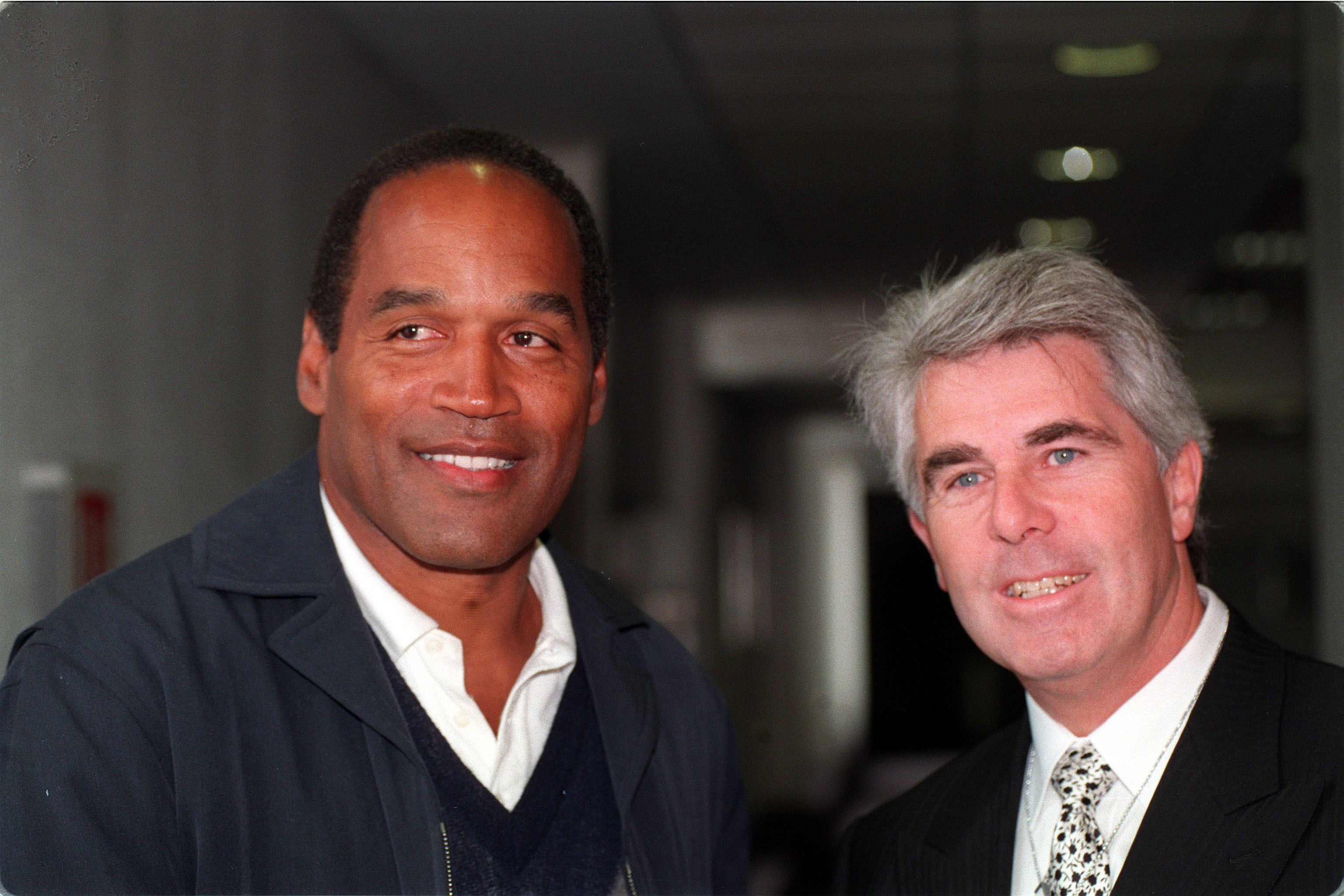 Former American football star OJ Simpson, who was cleared of murder, was one of Clifford’s clientsCredit: PA:Press Association 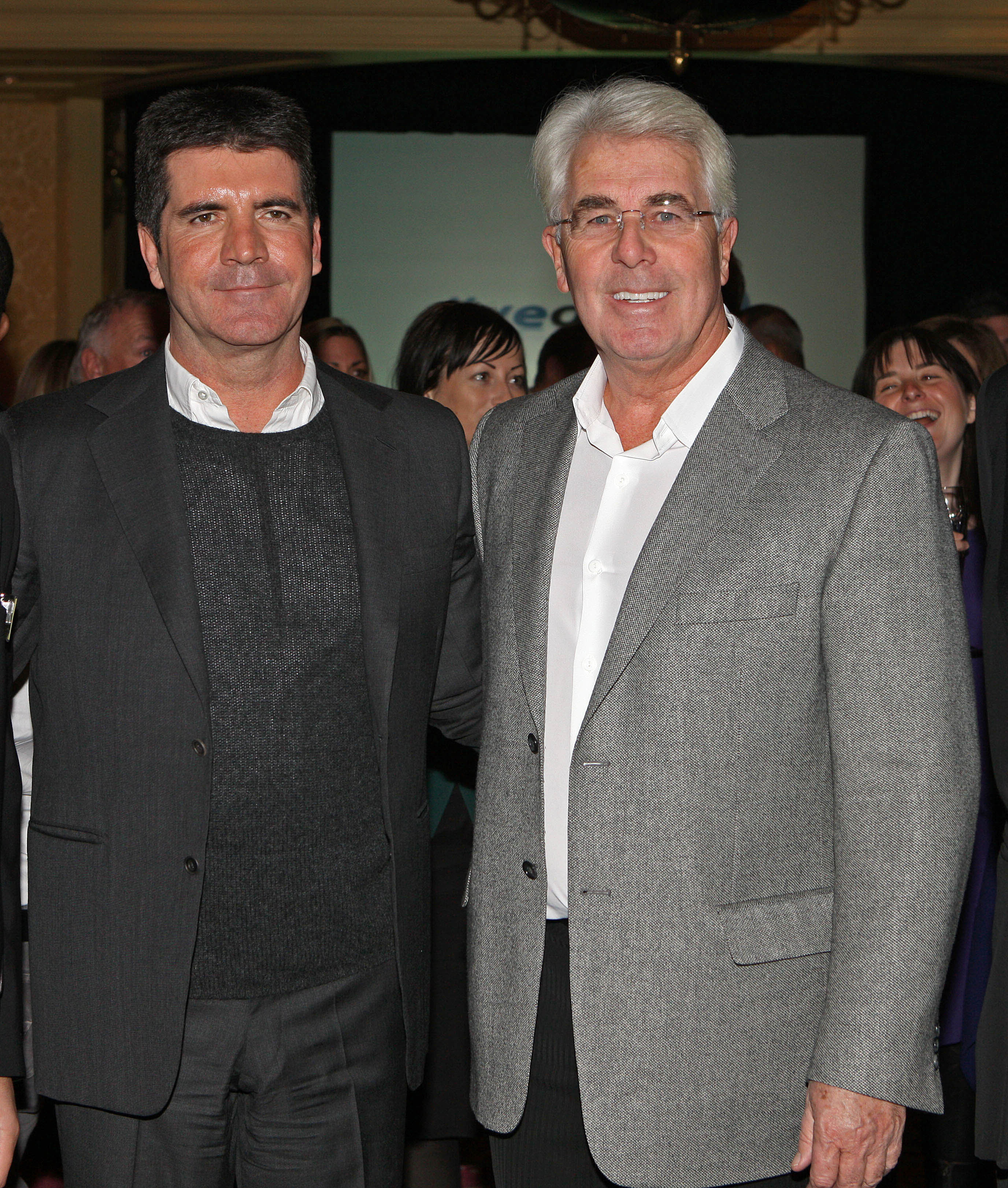 TV mogul Simon Cowell once said that hiring Clifford was one of the best decisions he’d ever madeCredit: Matrix

On the tapes he gleefully recalls cheating on his first wife Elizabeth, who was dying of cancer, and sleeping with the partners of people he knew.

The show-off would invite others to watch him engaging in sordid behaviour and claimed he slept with mothers and their daughters at the same time.

These recordings were made in 2004 for Max’s biography Read All About It, which reached the bestseller list when it was released a year later.

It was written by well respected biographer Angela Levin, whose books include Harry: Conversations with a Prince and spoke to the Duke of Sussex on many occasions. 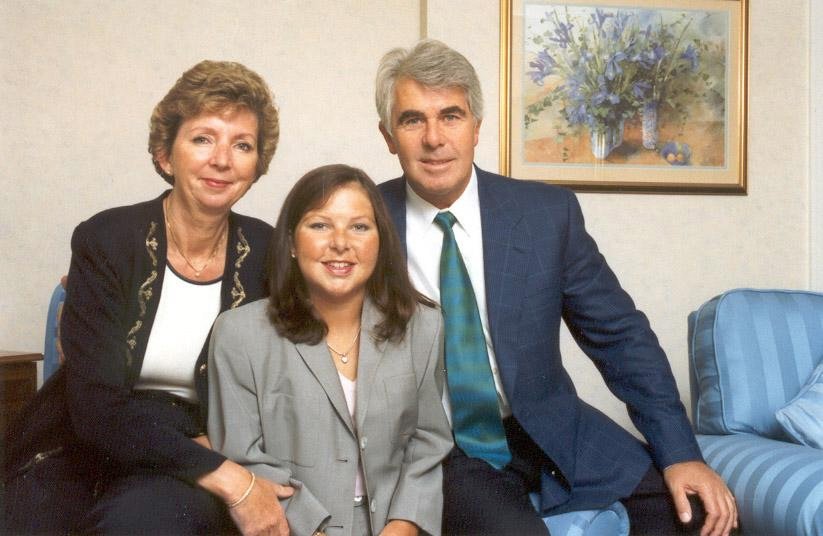 ‘Family man’ Clifford with his first wife Elizabeth and their daughter LouiseCredit: Collect

Today Angela tells The Sun how shocked she was by many of the admissions Clifford made and how he displayed no guilt.

Angela says: “I asked where he wanted to start, yesterday or his childhood or wherever and he came up with the mind blowing answer that he hadn’t been faithful to his wife for more than three weeks at a time.

He hadn’t been faithful to his wife for more than three weeks at a time.

“I nearly fell through the floor, I thought it was a dreadful thing to hear, with him having told me so many times about his wonderful wife and how she is the love of his life.”

Clifford had been married to Elizabeth from 1967 until her death from cancer in 2003 and they had one daughter. 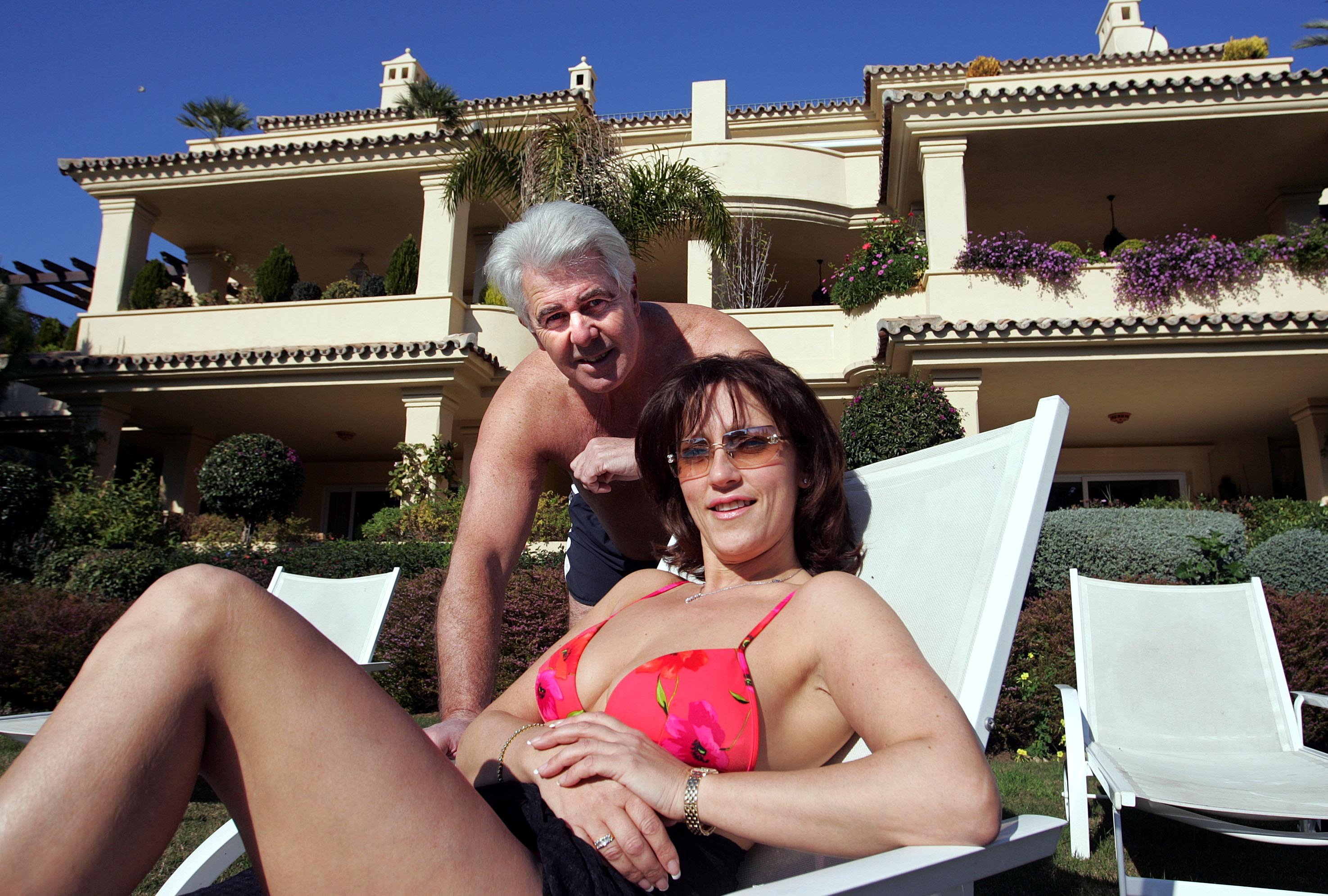 Cliiford in Spain with his second wife Jo Westwood, who caught him having phone sex on their honeymoonCredit: Times Newspapers Ltd

During 100 hours of conversations recorded on her dictaphone at his home in Surrey for the book, Clifford came up with even more stomach turning admissions.

In one Clifford said: “We were all in this toy shop. There would be four or five stars and all of these girls at all kinds of things and I controlled it.”

Sex with mum and daughter

The seedy agent told Angela that he liked to have sex with two women at a time and that he even enjoyed ‘mother and daughter relationships.’

At these parties, which his wife didn’t know about, he would both watch others engaging in sexual acts and also invite people to watch him. 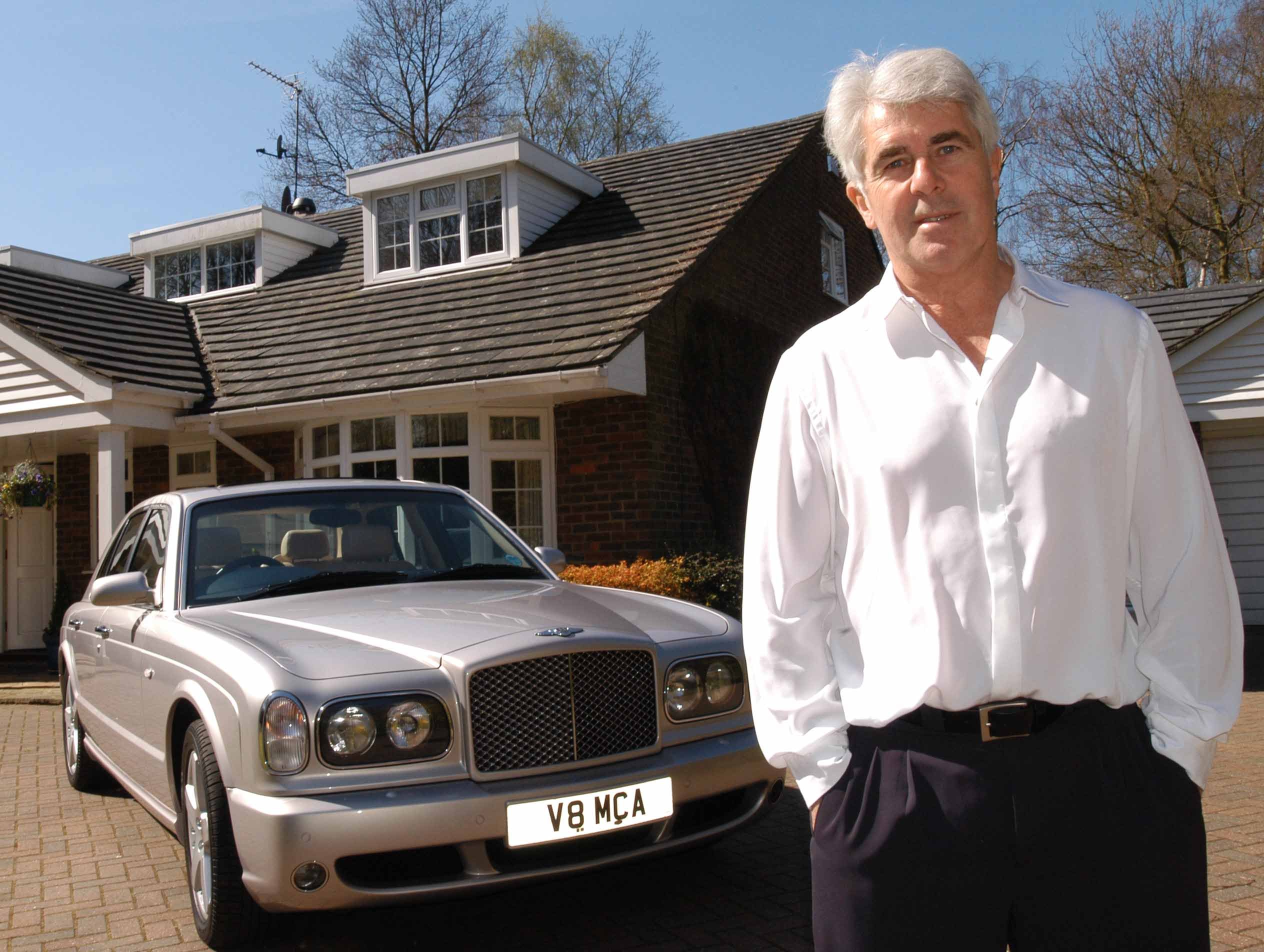 The show-off had no shame in telling Angela about this or including it in her book.

On another tape he said: “I always liked to do naughty things, like seduce other men’s wives and girlfriends. I had my cake and ate it.”

Until she started working on his biography, Angela had never heard any rumours about his rampant libido.

Angela had worked on stories put forward by Clifford over “several years”, but it was “a working relationship” rather than a friendship. 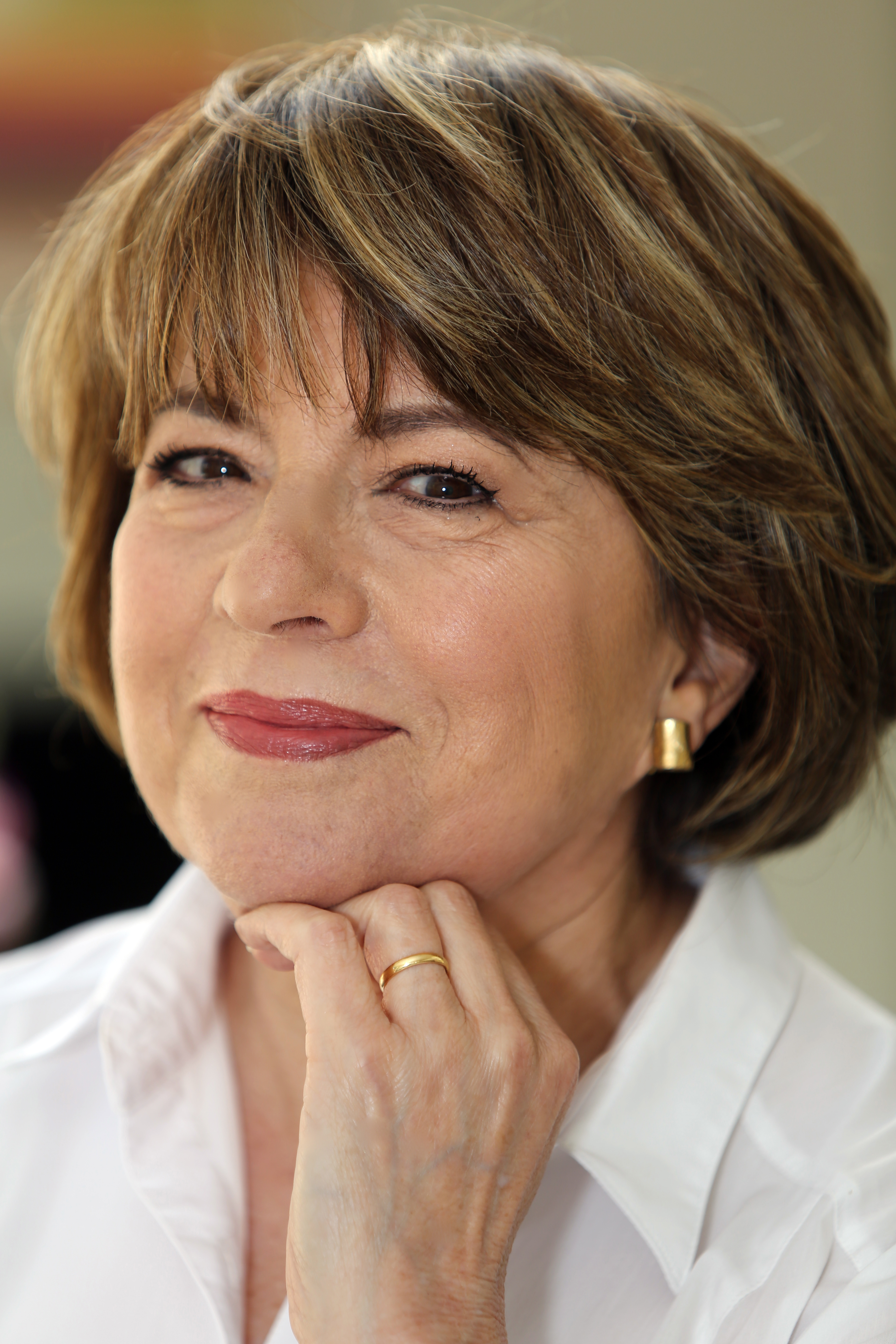 She decided to keep it all in the book, which Clifford had invited her to write.

Certain sections proved to be incriminating when it came to Clifford’s trial in 2014.

In his own biography he talked openly about creating a fictional work colleague or friend called Terry Denton in order to seduce women.

Clifford would put on a fake accent and pretend to be Terry during phone calls with women he wanted to get alone in his central London office. 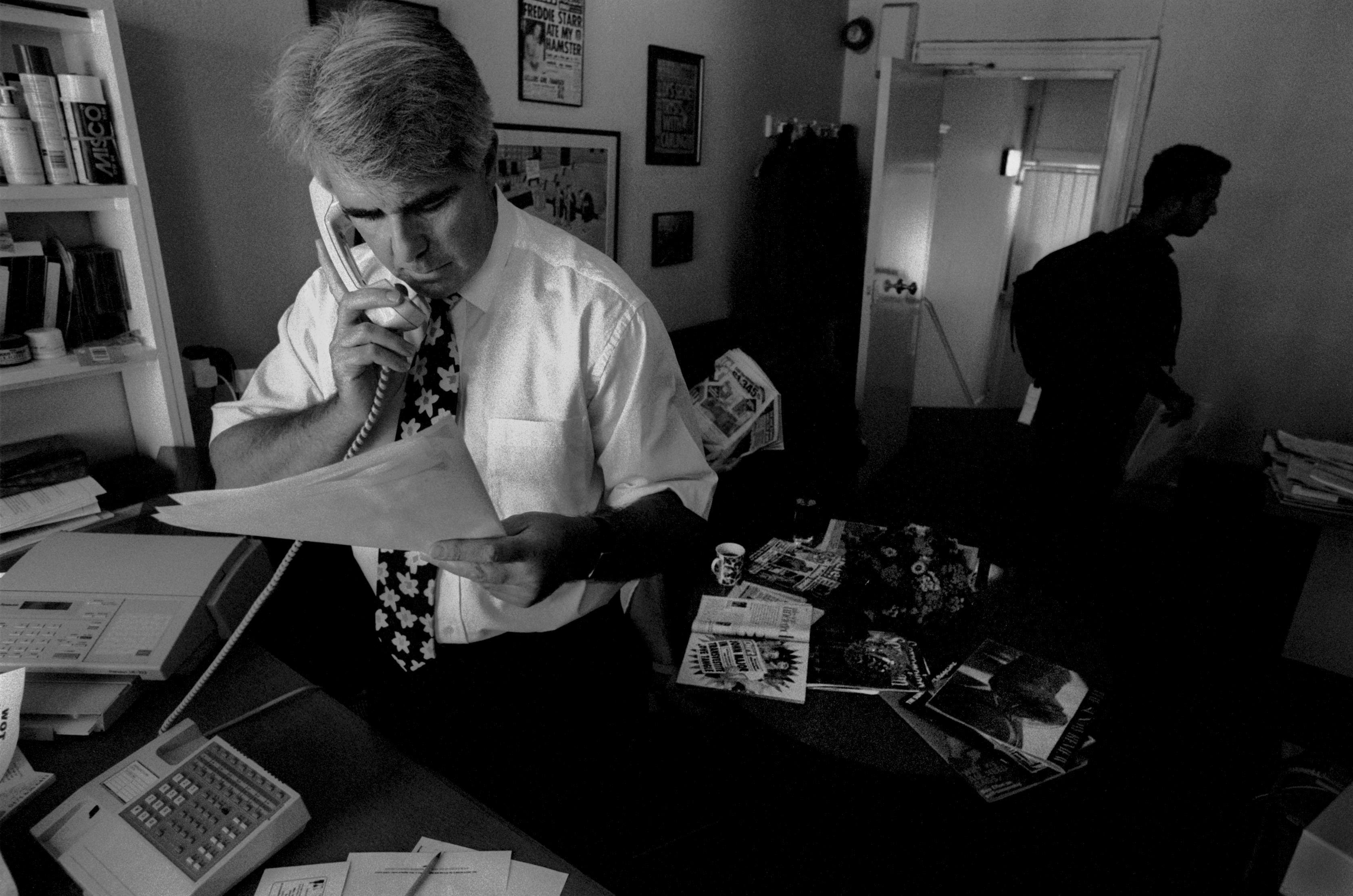 Clifford lured women and girls to his London office where he would get them to perform sex actsCredit: Rex Features

During the trial his victims told how Clifford would pounce on them once they were in his New Bond Street office.

One was assaulted in his toilet, another fled after he pinned her down on his sofa and he attempted to get a third to perform a sex act after telling her to pose in her underwear.

His sense of invincibility played a part in his downfall, because his reckless bravado in his biography proved he was a predator. 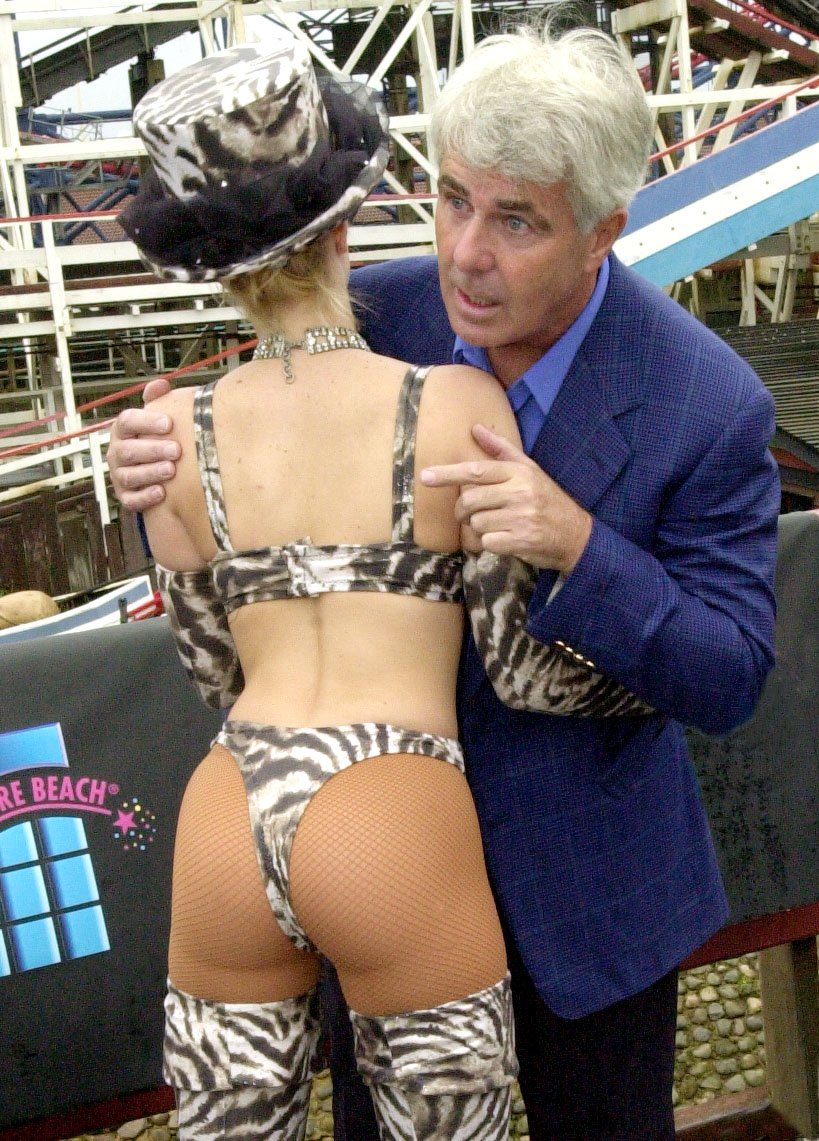 The publicist did not hide his lust for women, but pretended to despise paedophiles

Clifford, though, always told Angela and other journalists that he was appalled by paedophiles such as Gary Glitter.

“It didn’t cross my mind that he was doing anything else. There was never a hint.”

But Clifford was convicted of forcing a 15-year-old girl to perform sex acts on him in the back of his car.

Having spotted her when she was on holiday in Spain, he told the wide-eyed teenager that he could make her the next Jodie Foster. 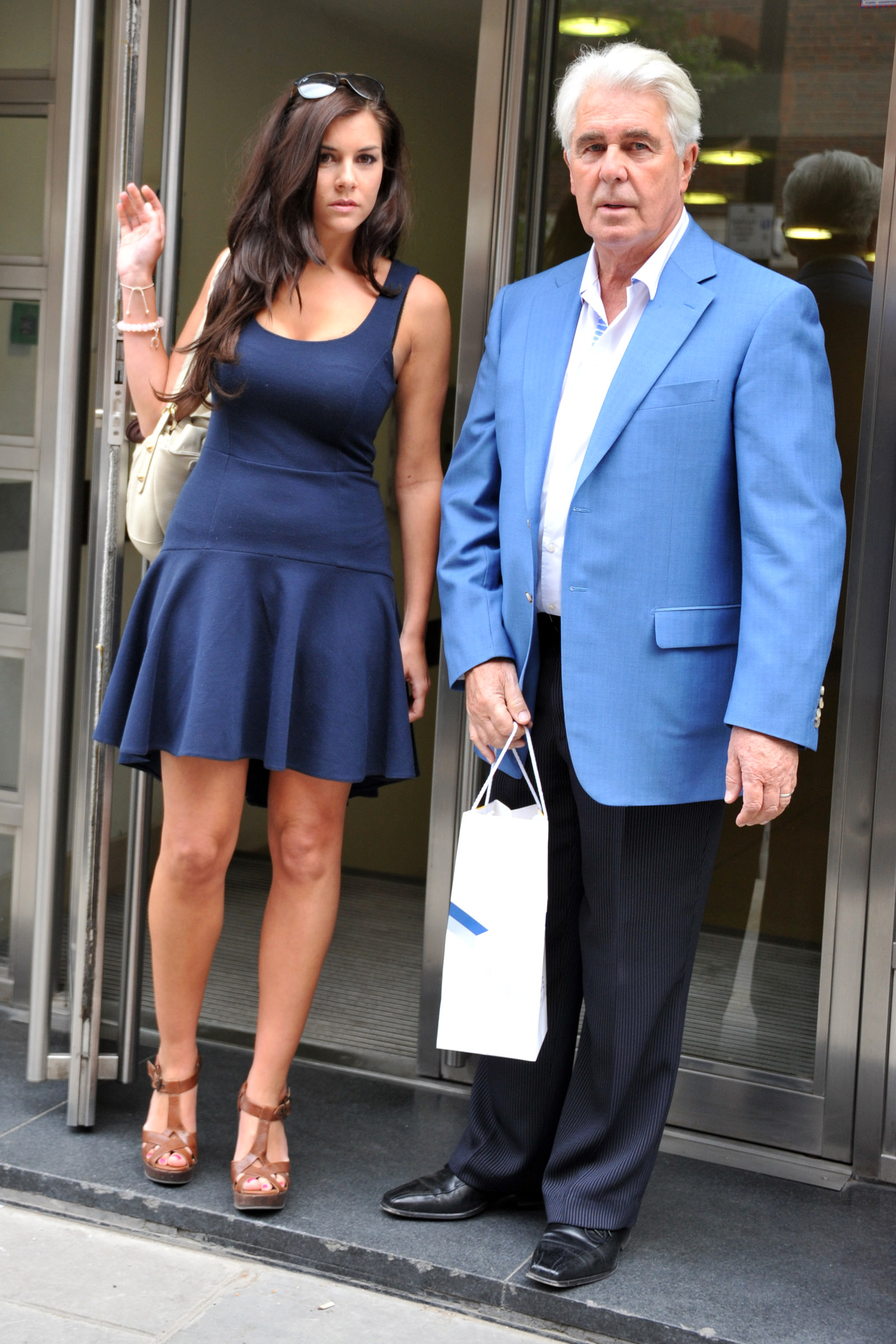 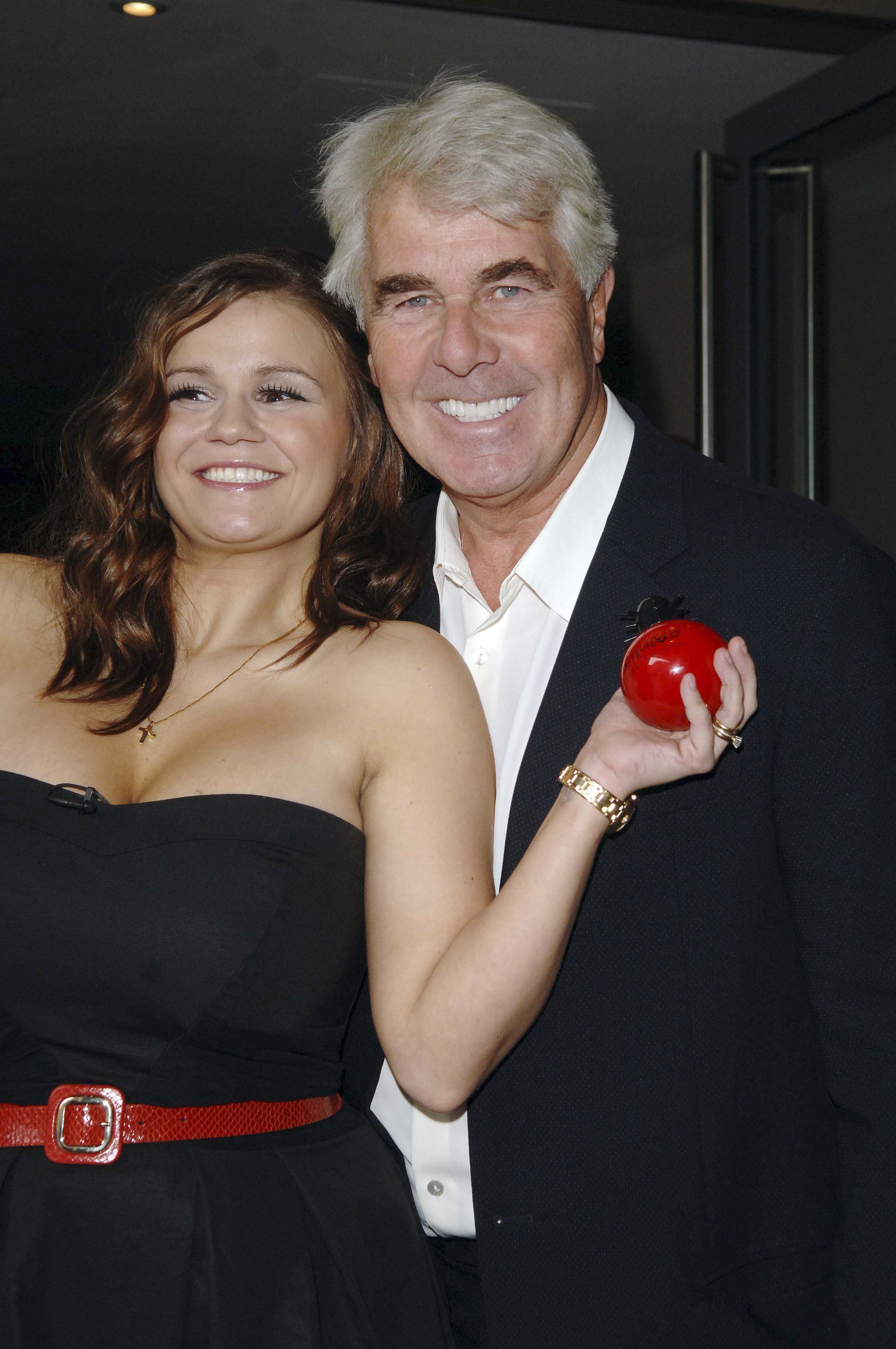 In the Channel 4 film, speaking anonymously, the woman tells how he blackmailed her into repeated liaisons by claiming that a photographer hiding in the bushes had taken pictures of them together.

Only when the youngster told Clifford that his assaults made her suicidal, did he stop.

Too fearful of going to the police, those offences remained secret until the police opened up Operation Yewtree to look into historic sex offences.

The operation was launched in the wake of the revelations about countless cases of grooming involving deceased TV presenter Jimmy Savile. 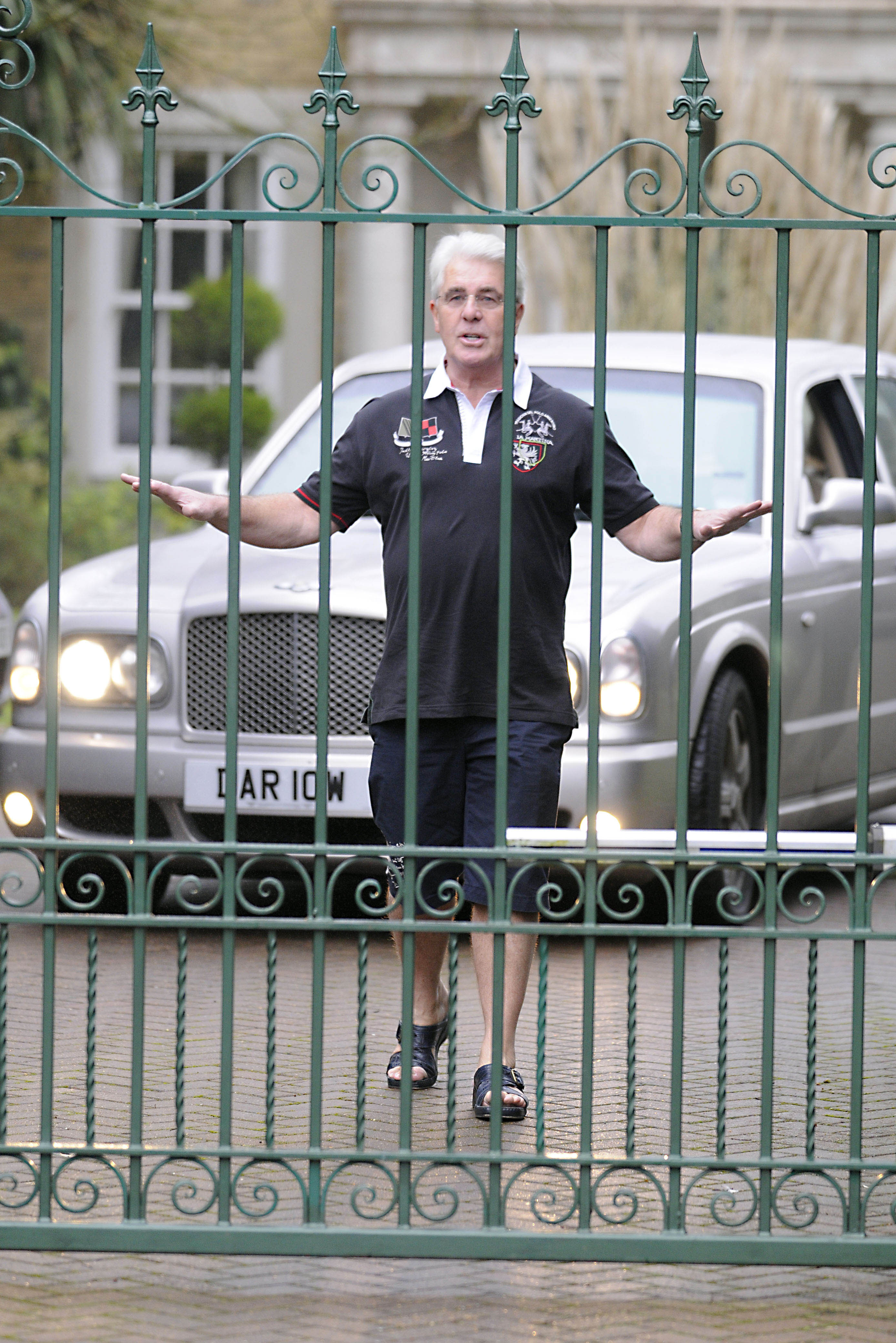 Clifford never showed any remorse for his offencesCredit: Steve Finn

Clifford never apologised for his crimes prior to his death in 2017, having collapsed while cleaning out his prison cell in Cambridgeshire.

Angela believes he was oblivious to the terrible harm he did to friends, family and strangers alike.

She explains: “My analysis of Max is that there were lots of different cupboards where he puts things. One doesn’t interfere with the other.”

The writer thinks Clifford didn’t see anything wrong with sleeping with other women behind the back of the wife he professed to love. 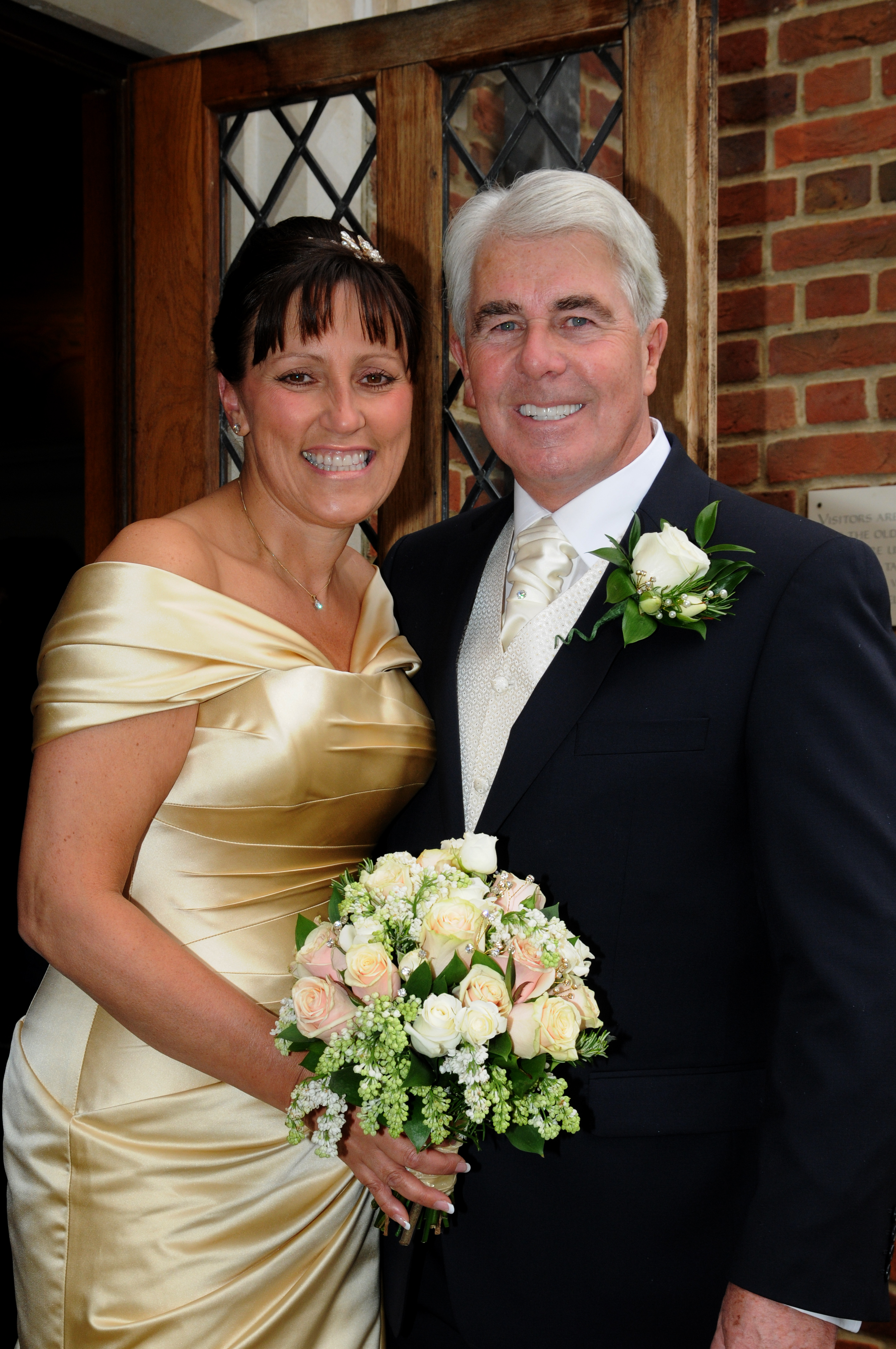 Celebrity pals, including Des O’Connor and Bobby Davro, attended his wedding to his second wife Jo in 2010Credit: Matrix

“He had this strange view that it was just fun.”

But she is sure he wouldn’t have included his cheating in his book if his wife had still been alive.

Remarkably, Clifford didn’t read Angela’s manuscript prior to publication and to this day she is not sure he ever read it. 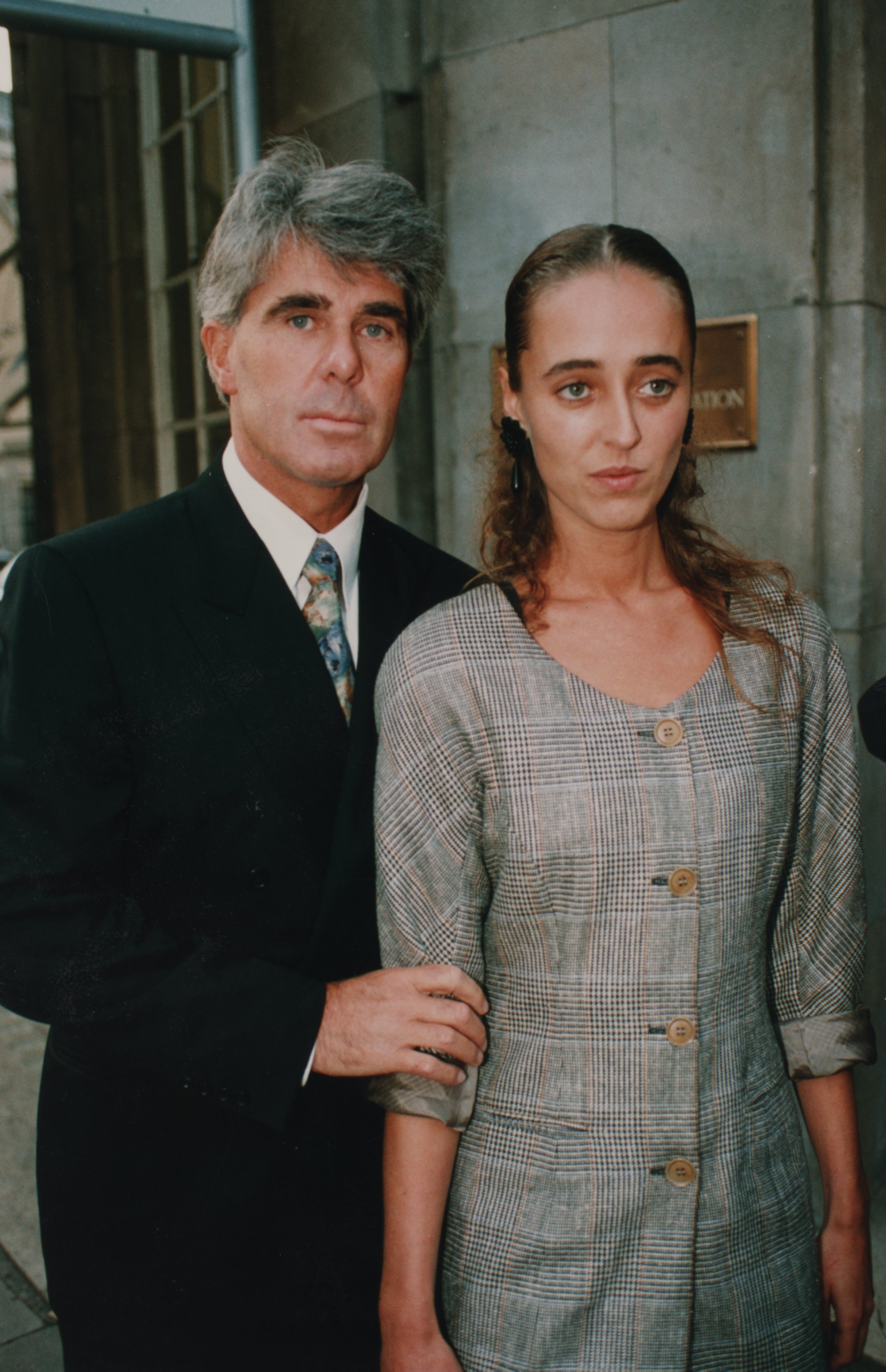 Clifford became a household name by helping clients such as Antonia de Sancha get the story about her affair with Tory minister David Mellor into printCredit: News Group Newspapers Ltd

She says: “He had the book very proudly on the shelf in his office. He wanted the biography because it proved he’d arrived.”

This son of an electrician who had left school with no qualifications had been very proud of the fact that the rich and powerful courted him.

Clifford drove a silver Rolls-Royce with a personalised number plate that he loved to pose in front of when being interviewed by news channels outside his home in Walton-upon-Thames.

Clifford drove a silver Rolls-Royce with a personalised number plate that he loved to pose in front of when being interviewed by news channels outside his home in Walton-upon-Thames.

But once Clifford was convicted, his famous clients quickly dumped the publicist.

Where he’d ‘arrived’ was prison.

Max Clifford: Fall of a Tabloid King is on Channel Four on Monday at 9pm.