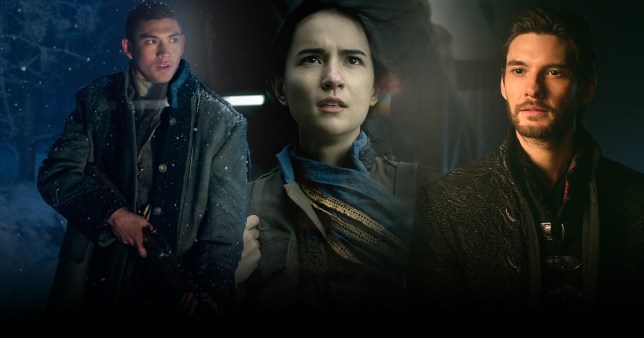 Shadow and Bone was released on Netflix today (Picture: Netflix)

Shadow and Bone season one has finally been released on Netflix, after what feels like a lifetime of waiting.

The fantasy drama, featuring an immense cast including Jessie Mei Li, Luke Pasqualino, Archie Renaux and Zoe Wanamaker, dropped on the streaming platform today, and has already been branded the ‘next Game of Thrones’.

Yes, we’ve all heard that before but critics have been raving about the new series, with Metro.co.uk giving it four stars.

The show, an adaptation of Leigh Bardugo’s YA book series, follows Alina Starkov (Jessie), as she’s recruited to become a soldier in an elite magical army, known as Grisha.

The official Netflix teaser adds: ‘Dark forces conspire against orphan mapmaker Alina Starkov when she unleashes an extraordinary power that could change the fate of her war-torn world.’

When is Shadow and Bone released on Netflix UK?

Season one of Shadow and Bone has been released on Netflix today, with all eight episodes dropping on the streaming platform at 8am this morning – meaning you can go and binge them immediately.

Seeing as there are already spoilers floating around on social media, we suggest avoiding Twitter until you’ve watched them all…

Who are the cast of Shadow and Bone on Netflix? 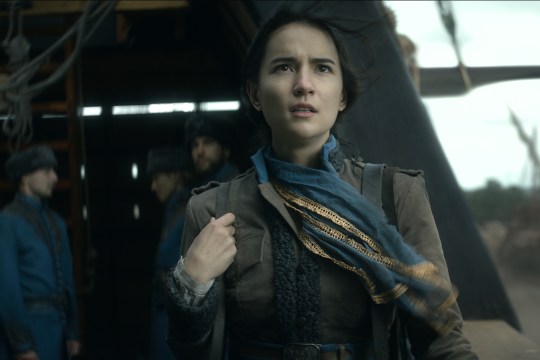 All eyes have been on the cast announcements of Shadow and Bone ever since the series was initially announced, and it definitely doesn’t disappoint.

Westworld’s Ben Barnes was cast as the charming but terrifyingly manipulative General Kirigan, with Amita Suman, Kit Young and Freddy Carter appearing as The Dregs – aka Inej, Jesper and Kaz.

Is there a trailer for Shadow and Bone’s Netflix series?

The official trailer for Shadow and Bone was released by Netflix three weeks ago, and sent the fandom into a total spin.

You can watch it below.

Is Shadow and Bone based on a book?

The series is based on Leigh Bardugo’s books showcasing the mystical Grishaverse, but the author previously explained that the episodes will differ from her pages.

‘The show will be radically different from the books. But in the most amazing way,’ she said.

Speaking of the series, she added in a separate chat with Netflix: ‘We’ve taken the stories of Shadow and Bone and the characters of Six of Crows and we’ve brought them together in what I think will be a really unexpected way.

‘Eric [showrunner] and our writers’ room and our directors have built something entirely new that still somehow stays true to the characters and to the heart of the stories.’

Shadow and Bone is available to stream on Netflix now.