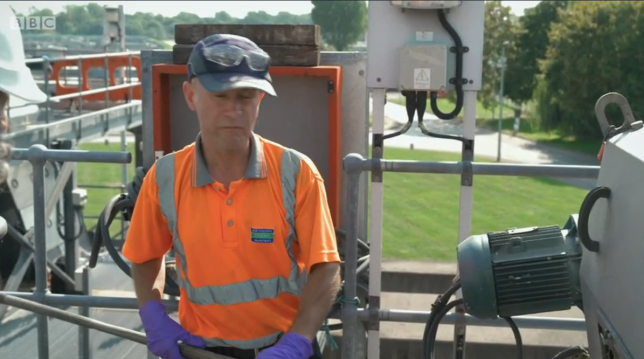 Andy, a technician at a sewage plant, gave a grim look at his job (Picture: BBC)

A technician at a sewage plant has given grim insight into what it’s like to process the raw sewage that arrives from our toilets and kitchens.

The film informed viewers that nearly 15 billion wet wipes are used every year and many are flushed down the loo, causing 75% of all sewer pipe blockages.

BBC Documentary The Secret Science of Sewage interviewed Andy, who works at Minworth plant and oversees the screens which sort through the waste when it arrives at the works.

In a particularly disgusting moment he showed host Zoe Laughlin an inspection hatch, which gave a closer look at how the screens work to sift larger particles and lumps out of the raw sewage.

The inside of the hatch was coated in gungy, brown waste material – including sodden wet wipes, plastic and thick tangles of human hair.

Andy warned of how wet wipes flushed down the toilets are the biggest cause of sewage pipe blockers as they do not break down as easily as toilet paper. 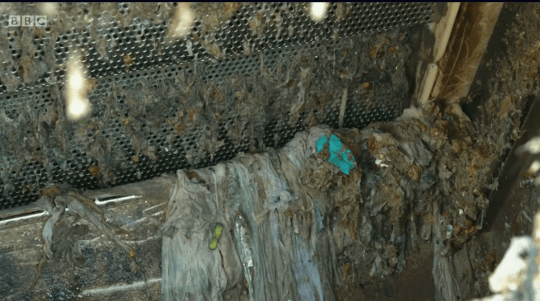 The majority of the material taken away by the screens were wet wipes that had been flushed down the loo (Picture: BBC) 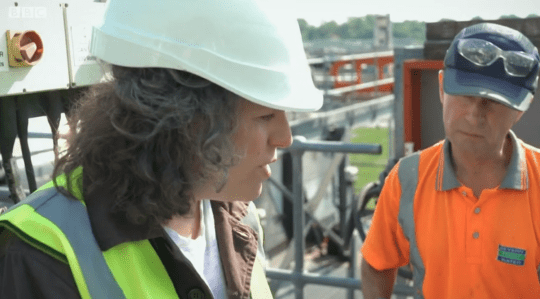 Zoe was horrified at what was hanging inside the hatch (Picture: BBC)

‘It’s the heavy weave and the denseness of the wet wipe,’ Zoe added.

Andy said: ‘It doesn’t break up, it just shreds into smaller pieces and ends up here.’

‘There’s a huge amount of human hair almost felting it all together. It’s just like a horror hatch into raw sewage,’ Zoe said.

She also asked Andy, who had worked at the plant for 17 years, how he managed to stomach the job.

Confessing that it doesn’t get any easier, he replied: ‘When you open it up and see a dead rat hanging by its tail it’s still a bit of a shocker. ‘

The Secret Science of Sewage is available on BBC iPlayer.

400,000 mums now locked out of workplace pension schemes due to Covid