KATHY Beale fears her son Ian is dead next week in EastEnders – and confronts his wife Sharon Watts.

Here’s the lowdown from the Square…

When Callum is unable to take Lexi home from school because he isn’t on the approved list, Ben is furious and suggests they head to the registry office to make things official.

But Callum isn’t impressed by Ben’s unimaginative proposal and announces he doesn’t want to make such a big decision for the sake of convenience.

Later in the week, with help from Lola and Lexi, Ben puts a more romantic proposal plan into action. 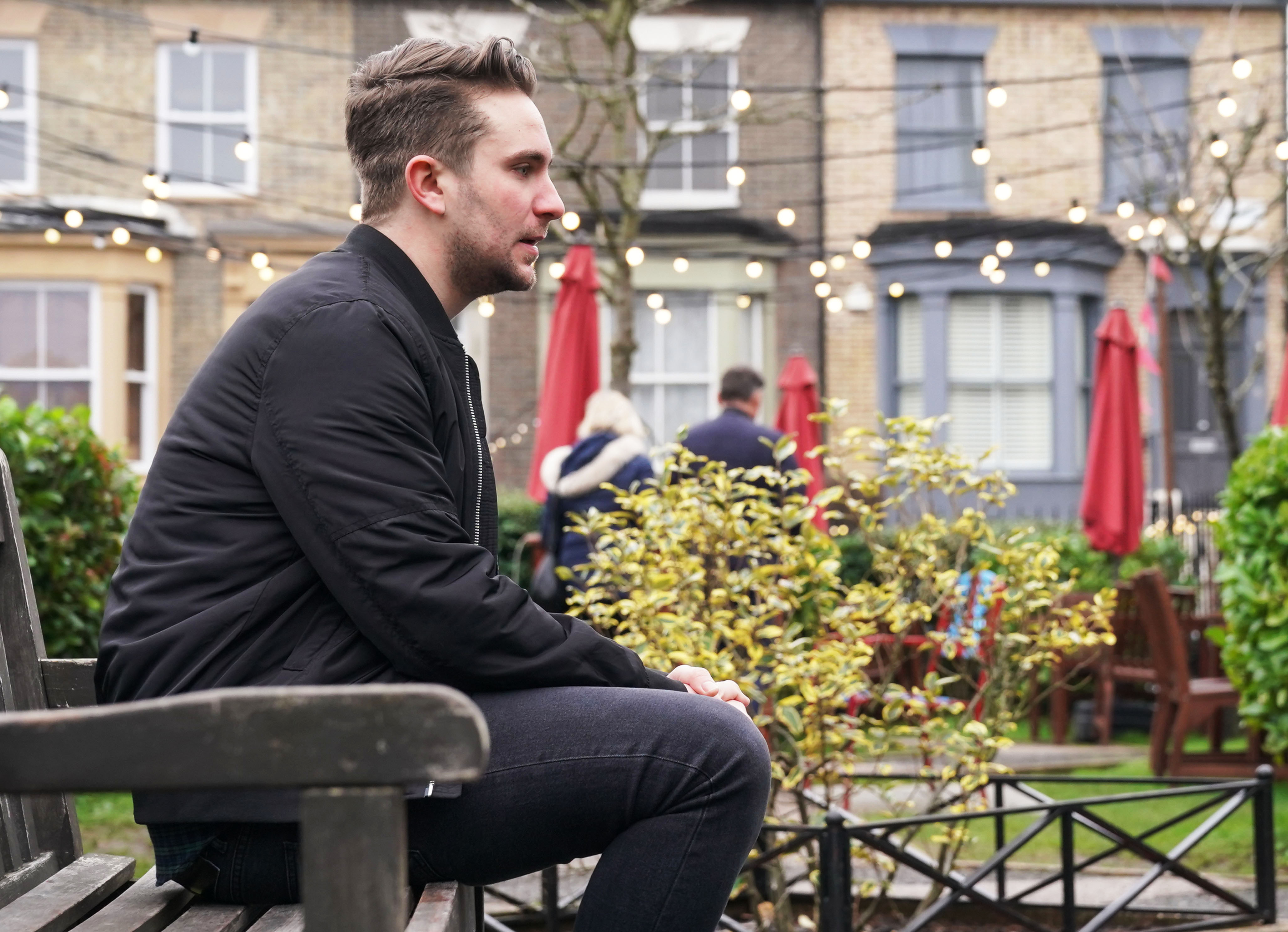 Callum has doubts after double crossing the MitchellsCredit: BBC

But viewers will see Callum having doubts about his relationship with Ben after his double crossing of the Mitchells.

Viewers will remember that Thompson recently told Callum he was going to tell the Mitchells they’d been betrayed.

Jack eventually managed to scare the detective away by telling him he’d go down for what he’d done to Callum.

But will the situation stop Callum accepting Ben’s proposal? 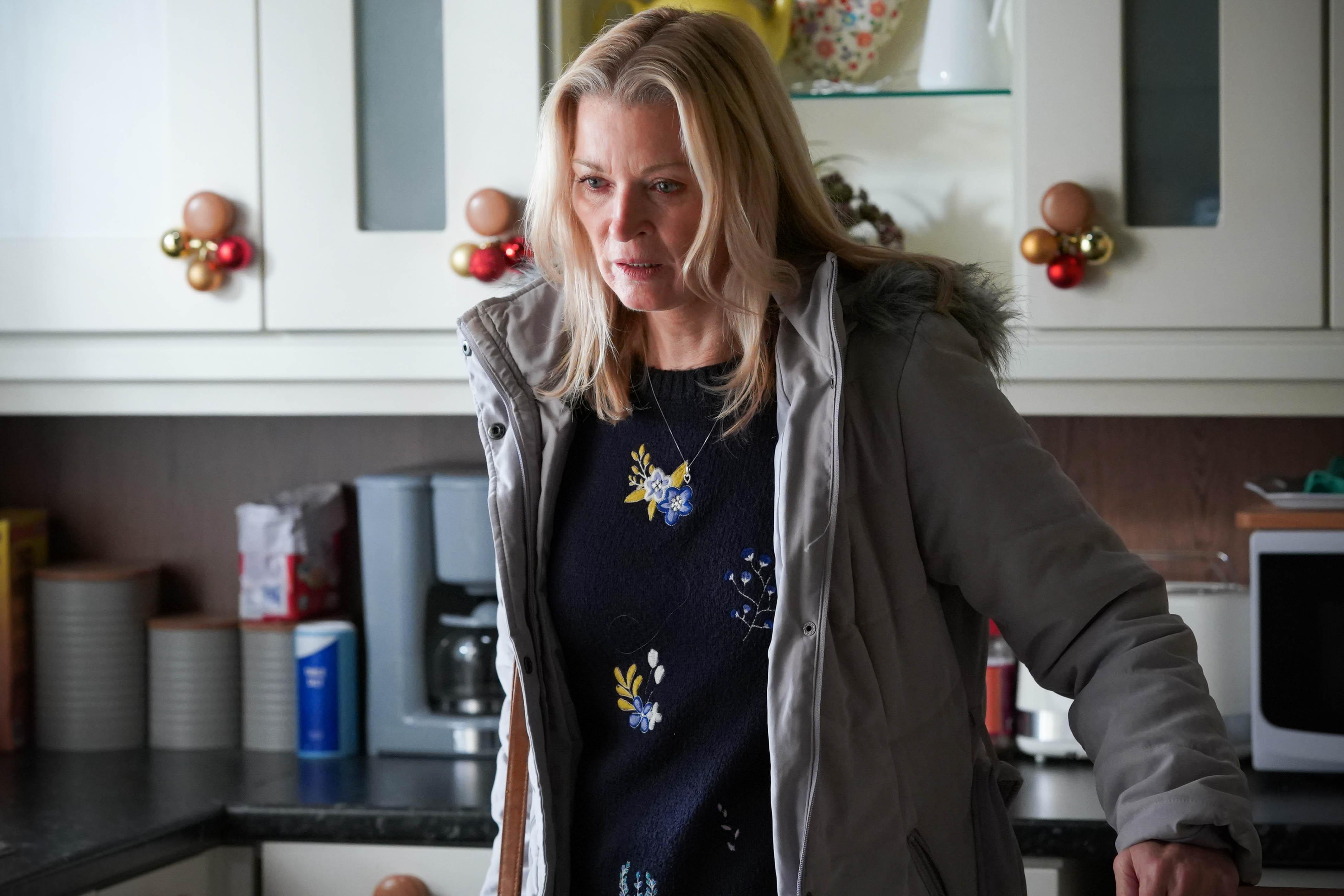 Kathy fears the worst when Ian goes missing next week in EastEndersCredit: BBC

Heading over to Sharon’s, Kathy questions her about Ian’s whereabouts.

Later in the week, EastEnders has teased that Kathy storms over to Sharon and confronts her again.

When Gray discovers that Whitney has a date with Kush, he plants a seed of doubt in her mind and puts her off going.

When Gray sees that she isn’t dressed for going out later, he invites her to stay for a movie night.

The following day, viewers will see a hungover Whitney cleaning up after sleeping on the couch – much to Gray’s delight.

Gray then jumps the gun and asks Whitney to move in but she points out he’s grieving. 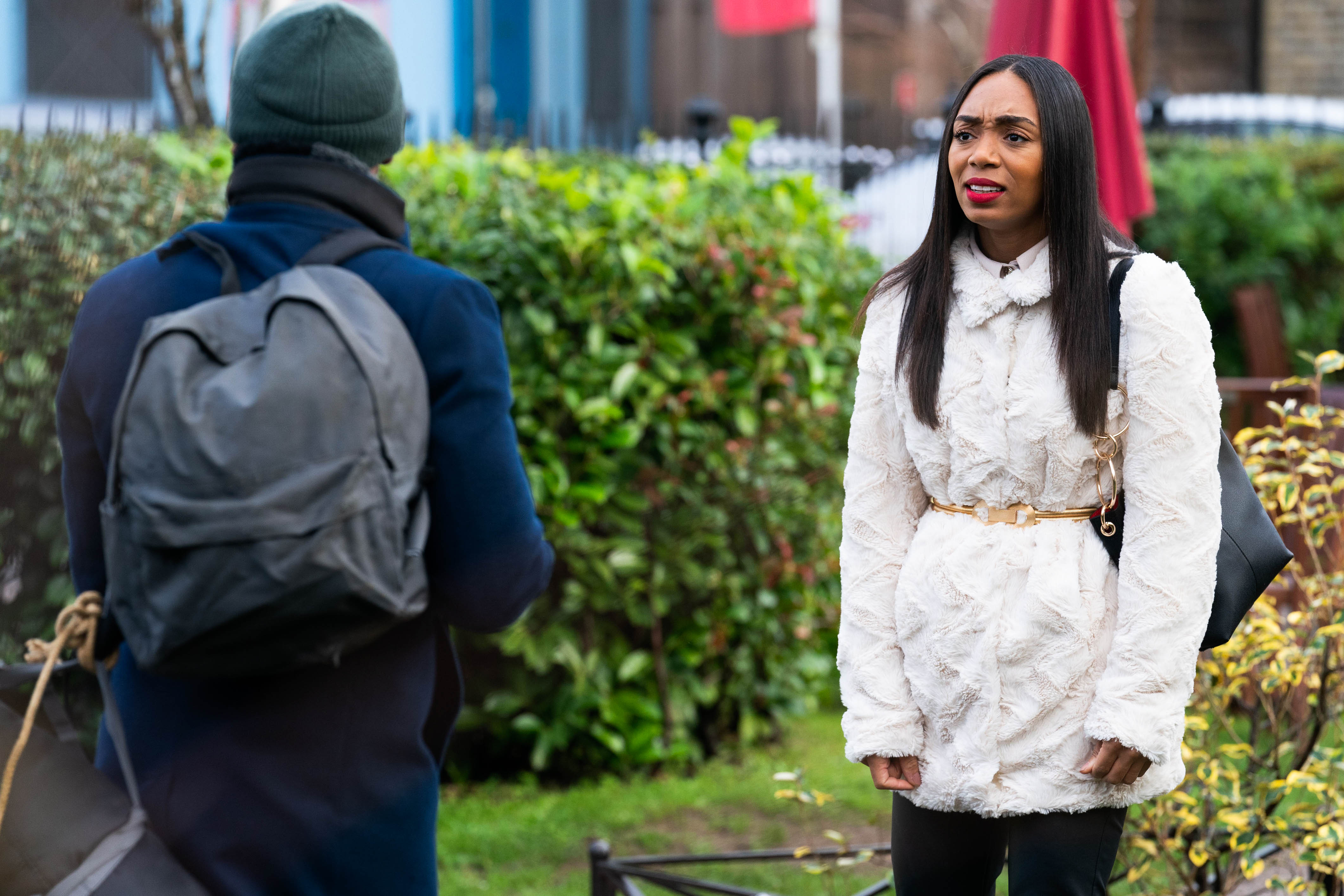 5. Chelsea gets a warning

When Denise asks Chelsea if she’s been in touch with Lucas, Chelsea says she hasn’t but tells her mum that Lucas is a changed man.

Later, Chelsea bumps into Caleb who quizzes her about their plan.

He warns her of the disastrous consequences if things go wrong.

What are they up to?

Chelsea threatens to cut ties with Denise if she doesn’t give Lucas another chanceCredit: BBC

Chelsea begs her mum to let Lucas move in with her and when Denise looks horrified, she tells her she won’t have anything to do with her if she won’t forgive her dad.

Later in the week, Denise, Jack and Patrick agree to meet with Lucas, who apologises for his past crimes and insists he poses no threat to Denise.

Frankie visits the crematorium for the anniversary of her little brother Harry’s death and she introduces Linda to Jed, Harry’s brother.

Jed explains that Harry’s dad was never there for him but, when Linda probes him further, he storms out.

After Linda tells Mick about Jed and they realise Katy abused others, Mick tries to persuade Frankie to let him report her mother.

8. Honey admits her feelings for Jay

Honey and Jay decide it’s time to stop keeping their feelings for each other hidden from Billy.

When Honey asks Billy if they can have a chat, he assumes she wants to get back together.

Will Honey break his heart and tell him she has feelings for Jay?

‘Amazing’ boy with brain injury praised for fundraiser on This Morning