Selling Sunset star Mary Fitzgerald has spilled the beans on season four drama, teasing that things will be ‘pretty awkward’ with the cast.

We last saw the Oppenheim Group gang when series three – which was filmed in 2019 – dropped on Netflix last summer, with tensions flaring between Mary, Davina Potratz and Chrishell Stause.

Chatting to Metro.co.uk, Mary opened up on when we will be getting our hands on new episodes, and explained that they haven’t got back in front of the camera just yet.

‘We just got the official okay, the greenlight, and they are setting everything up, getting all the production together and planned out,’ she told us. ‘I guess all the Covid restrictions, they have to make sure they’re compliant with everything.

‘I think it’s going to be pretty soon. I would say within the next couple months.’

Selling Sunset series three ended with a showdown at Christine Quinn’s swanky wedding, over comments Davina made about Chrishell’s divorce from Justin Hartley. 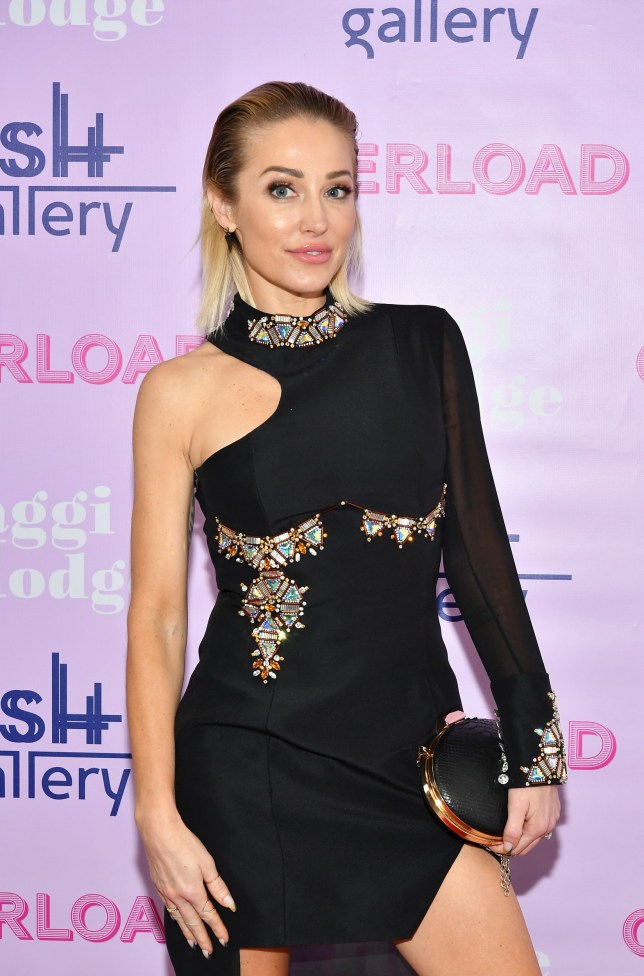 Viewers were left shocked when she stated there were ‘two sides to every story’ as the fallout from her co-star’s marriage ending continued.

When asked if it would be weird reuniting with some of the cast after such a long time, due to coronavirus restrictions, she admitted it would be ‘awkward’ as some of them hadn’t seen each other in months.

‘Well for some of us it’s going to be pretty awkward, I think,’ she continued. ‘I actually haven’t seen a lot [of] Christine and Davina. I’ve seen Maya one time, when we went to Miami, but I haven’t seen the three of them since we stopped filming a year ago.

‘Heather, Chrishell, Amanza, Jason, Brett, Romain and I, we see each other all the time. We’re all very, very close. Amanza has been my best friend for 20 years, Jason and Brett, they’re like my family. Jason’s one of my absolute best friends and Romain’s too.

‘We see each other at least a couple times a week if I’m not in the office, we go out and do dinners together, we always vacation together when we’re allowed to vacation. We go down and see Tarek and Heather, go spend days on their boat.

Who is in Selling Sunset’s season 4 cast?

Netflix series Selling Sunset follows the real estate team at the swanky Oppenheim group, as they sell luxury property to the richest people in LA.

It’s the perfect balance of stunning houses and drama, which has left us all totally hooked.

The cast is made up of Christine Quinn, Chrishell Stause, Mary Fitzgerald, Davina Potratz, Heather Rae Young, Maya Vander and Amanza Smith, with bosses Jason and Brett Oppenheim overseeing all the goings on at the agency.

Davina announced her departure to another real estate agency at the end of last year, but Netflix bosses confirmed she would still be on the show.

Mary’s husband Romain Bonnet also appears in some episodes, with their wedding playing out in front of the cameras in series two.

When will Selling Sunset season 4 come out in the UK?

Netflix announced a fourth season is on the way, but bosses have yet to share a release date.

As Mary explained, the cast are still waiting to film new episodes, so we might be left hanging on what they’ve all been up to for a while longer.

Is Mary’s son joining the new season of Selling Sunset?

Mary is mum to Austin Babbitt, 23, from a previous relationship – with her son making his Selling Sunset debut at her wedding, in season two.

There has been intense speculation on whether he will be joining the cast full-time, but as of now it is not clear if we’ll be seeing more of Austin on our screens.

Selling Sunset is available to stream on Netflix now.

Why Britney Spears Is ‘Embarrassed’ by ‘Framing’ Documentary